The life of an academic is full of deadlines and conflicting priorities; however, how do you balance these priorities, if you add an emerging band and a record contract?

This is the situation which PhD researcher, and member of The Echo and The Always, Angela Muir finds herself in. In this blog post she talks about how these different roles have become intertwined. 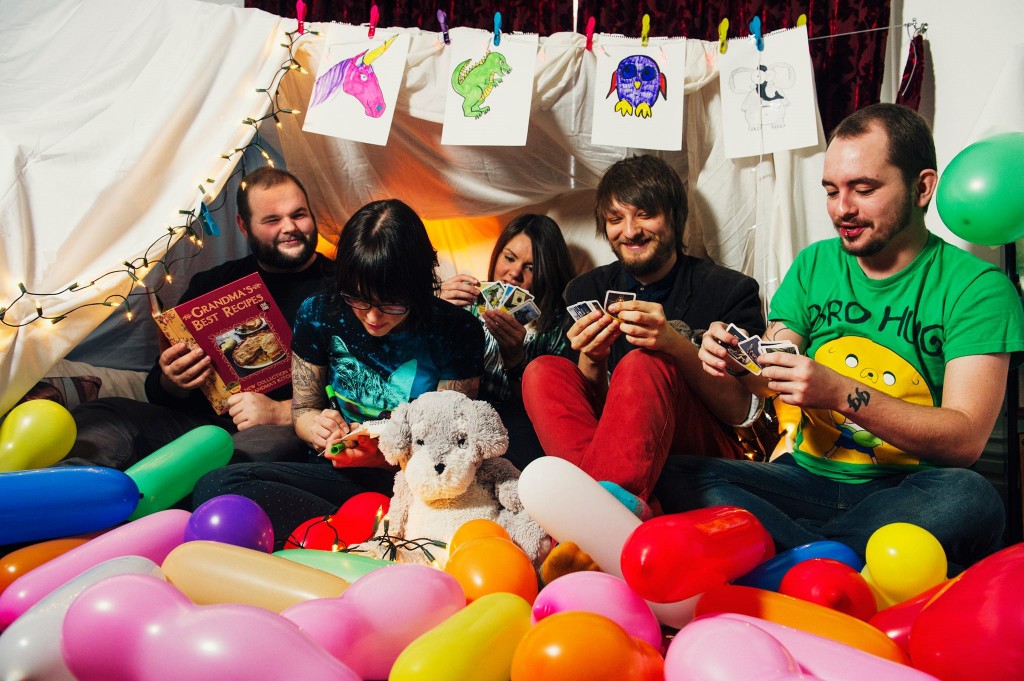 Like most PhDs and career academics I lead a very busy life with conflicting deadlines and priorities, and an endless struggle to find the time and inspiration to write, all of which needs to be managed with an eye on future opportunities and the endless funding applications they require. Like most (if not all) academics this is balanced against other personal and professional commitments outside academia. For me, that second commitment is music.

I’m in a very fortunate situation. I’m funded by the Wellcome Trust and the Social Science and Humanities Research Council of Canada to pursue my PhD on the experience of childbirth for unmarried mothers in eighteenth-century England and Wales. Outside academia I’m in a signed indie band called The Echo and the Always which has been funded by the Arts Council of Wales to promote the release of our debut album ‘…and After That the Dark’.

The first two weeks in December highlight just how busy these two careers can be. In addition to the inevitable endless marking that comes with the end of term I was also writing an academic article, writing funding applications, fulfilling my duties as PGR Liaison for History, and preparing for upgrade before I left to spend Christmas in Canada. At the same time, the band was chosen to be BBC Wales Artist of the Week. In addition to this I stepped in as a session musician for a BBC Horizons Maida Vale session, which involved travelling to West Wales for practice sessions with another band, then to London to record and film. At one point I showed up to an Ex Historia colloquium with my trumpet on my back because I had to leave straight after to catch a train to London.

This is just one example. On several occasions when we’ve been on tour I’ve spent my morning on my laptop in a hotel room analysing statistics on infant mortality or writing a conference paper, or making a detour so I can spend my day in the archives before meeting the band at the venue we’re playing that night. I spent part of the weekend of Green Man Festival sat backstage reading secondary literature for a chapter. This may not be for everyone, but I find it exhilarating.

For the past five years my academic and musical careers have been intertwined. I moved from Canada to the UK in 2010 to pursue my MA in Early Modern History, and even before I landed I was in a band with friends I had made on previous trips. Although our line-up has change over the years the academic links are still there – I met our guitarist (and my partner) during our MAs Swansea University.

It hasn’t always been easy, and the fortunes of the band and academia seem to mirror one another. The band had a great debut year at the same time I graduate with my MA and published my first academic article. Things slowed a bit with the band as we cycled through members trying to find the line-up that ‘clicked’. During this time I was turned down twice for international PhD funding. When I finally secured Wellcome funding the band signed to the independent record label, Jealous Lovers Club. Finally, not long after I was awarded SSHRC funding from Canada the band was awarded Arts Council funding. Surely this is just coincidence, but it’s been an interesting pattern nonetheless. 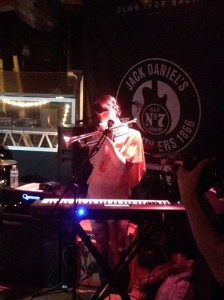 My schedule may seem hectic or unmanageable to some, but I’m one of those people who thrives when I’m at my busiest. Other than the never-ending worries about funding and constant self-promotion academia and music are very different, which is a blessing as each gives me an opportunity to clear my head of the other. This juggling act is also helping me learn how to make the best use of my time, and when necessary learn when and how to say no. The problem of major conflicting priorities has been mitigated by extensive planning and by making choices such as releasing our album at the end of October, which meant we could tour during reading week to promote it.

This balancing act is also made possible by the support networks I have working around me. I have a great relationship with my supervisory team, Dr Sarah Toulalan and Dr Alun Withey, and there is a fantastic community of PhDs and early career researchers at Exeter.  The band serves as a surrogate family for me, and the music community in Cardiff is incredibly supportive and inclusive. Plus we have great management behind us.

I may be busy, but I’m also fully aware of the privileged position I’m in – I get to pursue not one, but two of my passions at the same time.