Dr Omar Ashour is a Senior Lecturer in Security Studies in the Institute of Arab and Islamic Studies, at the University of Exeter

This post first appeared on the Middle East Institute webpage.

The ‘Islamic State’ Rocked Crusader Europe Again. Hundreds of Deaths and Injuries as a Result of Martyrdom Operations in Brussels,” read the headline of the Islamic State’s (ISIS) Arabic-language newsletter al-Naba’ on March 21, 2016. There were not much details about the terrorist bombings, but they certainly follow a pattern established since early 2015. “Do not look for specific targets. Kill anybody,” said Boubaker Hakim, an ISIS commander of French-Tunisian origins, in an interview initially published in March 2015 by ISIS’ French-language magazine Dar al-Islam.

Before 2015, the geo-strategy of ISIS primarily focused on capturing territory in the Middle East, cleansing and controlling it, and then proto state-building within it according to its ideological vision. Then, ISIS would expand into closer territory by attacking nearby enemies, who ranged from al-Qaeda’s Jabhat al-Nusra and Syrian revolutionary forces to the Assad regime and the Iraqi government. This focus started to gradually change from the summer of 2014, specifically after U.S. airstrikes began in August of that year.

ISIS affiliates and sympathisers have conducted no less than 30 alleged plots and terrorist attacks against Western citizens and interests since October 2014. This is compared to only two alleged plots and one attack before that date: the London “Mumbai” alleged plot, which was cleared by a U.K. court, in October 2013; the French Riviera alleged plot in February 2014; and the Brussels Jewish museum attack in May 2014. Although the latter attack was committed by a militant who was trained in ISIS camps, the ISIS connection in most of these attacks/plots was declared support of the organisation and not a directive form a high-level ISIS commander.

That has changed. In the last three issues of Dabiq, the focus was on inciting attacks in the West, compared to earlier issues which focused on legitimating ISIS rule, de-legitimising rivals and enemies (including al-Qaeda and the Taliban) and calling on Muslims to migrate to ISIS-controlled territory.

For example, the 11th (August 2015) and 12th (November 2015) issues of Dabiq bore the respective headlines, “From the Battles of Al-Ahzab to the War of Coalitions” and “Just Terror.” The former was comparing the U.S.-led coalition against ISIS in 2014-2015 to a tribal coalition formed by pagan Arab tribes and Jewish clans against the Prophet Muhammad in 627. The latter was justifying the November 2015 terrorist attacks in Paris.

Today, the ISIS leadership sees benefits in directly striking the West. The leadership has multiple aims, which includes deterring the West from attacking the territories it controls, avenging the over 20,000 deaths in its ranks and the destruction of facilities that resulted from coalition airstrikes, furthering the alienation of Western Muslims, and hence capitalising on that via recruitment and mobilisation. The ability to launch terror attacks in the West, despite being under heavy bombardment, displays a strength of ISIS that also serves the latter purpose.

However, that terror strategy is not new. Al-Qaeda and other terrorist organisations have deployed similar objectives and tactics before. Not only were they unsuccessful, but also, in some cases, such attacks marked the beginnings of their ends. They ranged from far-right, neo-fascist non-state actors like the Italian New Order in the early 1960s to repressive regimes such as those of Saddam Hussein and Muammar al-Qaddafi. The latter’s terror campaign included bombing nightclubs in Berlin (1986) and blowing up civilian airplanes over Scotland (1988).

But some differences exist in the case of ISIS, most importantly the dedicated capacity to mass-murder, the sustainability of that capacity and the de-centralisation of the terror campaigns. In terms of capacity and sustainability, roughly 6,000 European foreign fighters have left the E.U. to join the Syrian armed conflict. Of those, about 600 French citizens are believed to be fighting for ISIS out an overall of 1,700 Frenchman believed to have left to fight. Belgium has the highest numbers of foreign fighters in Syria per capita, compared to any Western nation. They are estimated to be over 500 (181 has returned to Europe by one estimate).

Within these sets, the exact number of ISIS trained-and-returned European fighters is still unknown. Abdelhamid Abaaoud, the ISIS ringleader who co-masterminded the Paris attacks, claimed the he was back in Europe among 90 ISIS trained terrorists. Back in the ISIS strongholds, the organization allegedly trained 400 to 600 fighters for “external operations.” In late 2015, those were given more complex and prolonged training in urban guerilla warfare, manufacturing of improvised explosive devices, surveillance, countering security measures, and forgery. Thus, the terror capacity is well-founded. The sustainability of terrorist operations in different locations is also key for ISIS’ strategy, in order to drain Europe both financially and psychologically. So far, Turkey was hit the hardest followed by France. But the list of hard-hit countries can certainly expand, and ISIS will no doubt seek to spread its terror throughout the continent

Europe needs to maintain unity among its democracies and develop a common security strategy to deal with the security challenges posed by ISIS. Disunity and fragmentation does not only serve ISIS’ publicly declared and celebrated objective of “weakening European cohesion” and fostering “tensions between France and Belgium over intelligence failures,” but it also undermines both societal resilience to terrorism and strategic security cooperation.

Professor Philip Schwyzer, a specialist in early modern English literature in the College of Humanities, shares his thoughts on the fate of Shakespeare’s remains.

This blog originally appeared in The Conversation.

The image of a man holding a skull while ruminating upon mortality will always call Hamlet, and Shakespeare, to mind. How appropriate then, that four centuries after it was first laid beneath the earth, Shakespeare’s skull may be missing from his tomb. Then again, it may not. A radar survey of the poet’s Stratford grave in March has only deepened the mystery over what lies beneath his slab. As the world prepares to celebrate the sombre yet irresistible anniversary of Shakespeare’s death on April 23, how much do we know how about his own wishes for the fate of his remains?

The resuscitation of an improbable Victorian anecdote about 18th-century grave robbers grabbed the headlines, but all we know for certain is that the upper part of the burial has been disturbed in some way. Confirming the presence or absence of Shakespeare’s head would require the physical opening of his grave. This is unlikely to take place anytime soon, as the vicar of Holy Trinity – the church within which he is buried – has confirmed, thanks to the four lines of forbidding verse inscribed upon the ledger stone:

And curst be he yt moves my bones.

In one of his sonnets, Shakespeare boasts that his “powerful rhyme” will outlive marble monuments and ostentatious tombs. At Holy Trinity his verse has had the power to ensure the survival of his own simple monument. Since the 19th century, numerous campaigns to open the grave have run aground on this uncompromising quatrain. Indeed, it would be difficult to find four other lines by Shakespeare that have had such power to influence events centuries after his death. Poetry, WH Auden said, makes nothing happen. In this case, poetry is ensuring that literally nothing happens to Shakespeare’s grave.

Many must have wished that Shakespeare’s final words to posterity consisted of something more than a curt demand to be left alone. Perhaps for this reason, most scholars and editors have been highly reluctant to ascribe these verses to Shakespeare himself. The magisterial biographer, Samuel Schoenbaum, dismissed the quatrain as “a conventional sentiment in commonplace phrases” – and deemed it the work of a local hack, perhaps specialising in funerary inscriptions. Following this lead, Holy Trinity reassures visitors that curses on gravestones were “not at all uncommon at the time”.

But in fact, though the verse may be halting, it is anything but conventional. No researcher has been able to produce a comparable inscription from a 16th or 17th-century English grave. A few early modern epitaphs (such as John Skelton’s memorial to the Countess of Richmond in Westminster Abbey) threaten divine punishment against irreligious vandals who might deface the monument or the inscription itself. Shakespeare’s epitaph, by contrast, threatens to curse a church official, the sexton, who in the ordinary pursuit of his duties would periodically open graves to make room for further burials. In this respect, it is both highly audacious and very probably unique.

The anxiety about exhumation expressed on Shakespeare’s slab may be unusual in the context of an epitaph, but it resonates powerfully with the content of his plays. A surprising number of the tragedies and histories feature disturbing scenes involving exhumation or interference with the bodies of the dead. In Richard III, the long-dead body of Henry VI bleeds afresh when brought face-to-face with its murderer. The heroine of Romeo and Juliet, buried alive in her ancestral crypt, fantasises that she may “madly play with my forefather’s joints”, and dash out her brains “with some great kinsman’s bone”.

Confronted with the ghost of Banquo, Macbeth assumes he is looking at an exhumed corpse:

If charnel-houses and our graves must send

Those that we bury back, our monuments

Shall be the maws of kites.

Most memorably, Hamlet watches a gravedigger wrench dry bones from a grave to make room for the body of Ophelia: “That skull had a tongue in it and could sing once. How the knave jowls it to the ground!” The indignities meted out to the bodies of the dead seem to unsettle the Prince of Denmark more than the fact of death itself.

With the possible exception of John Donne, no other writer of Shakespeare’s age fantasised so persistently or so morbidly about the prospect of exhumation. It is no accident that his work is an emblem today in the image of a man gazing into the empty sockets of a disinterred skull. The suggestion that his own skull may have suffered Yorick’s fate in the hands of some 18th-century grave robber is almost too ironically appropriate.

Given the uniqueness of Shakespeare’s grave inscription, and the anxiety about the fate of the corpse evident in his plays, there is strong reason to believe that the verses on his slab are his own work, that they spell out his final wish. Whether we are obligated to respect his wishes is a separate question. But one thing is certain: when we find ourselves marking the 400th anniversary of his death by wondering over the whereabouts of his skull, we are dreaming Shakespeare’s nightmares for him. 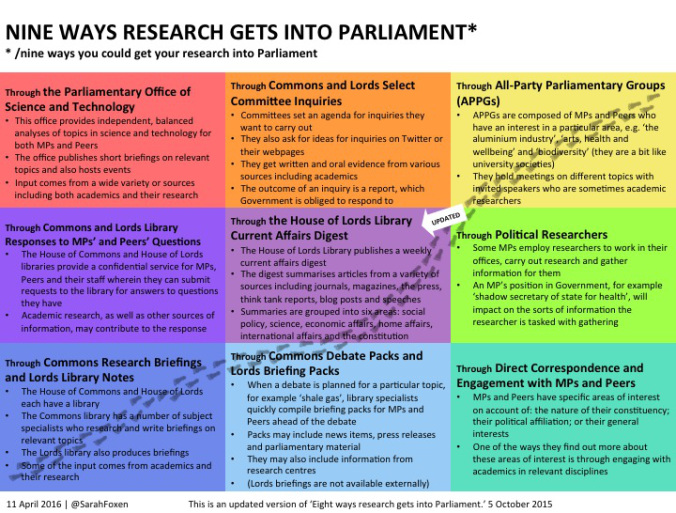