Professor Dragan Savic is Professor of Hydroinformatics in the College of Engineering, Mathematics and Physical Sciences‘  Engineering department. He is also the founder, and co-director, of the Centre for Water Systems.

In this blog, Professor Savic discusses the risks posed to urban travel systems, by flooding; including, the financial implications. 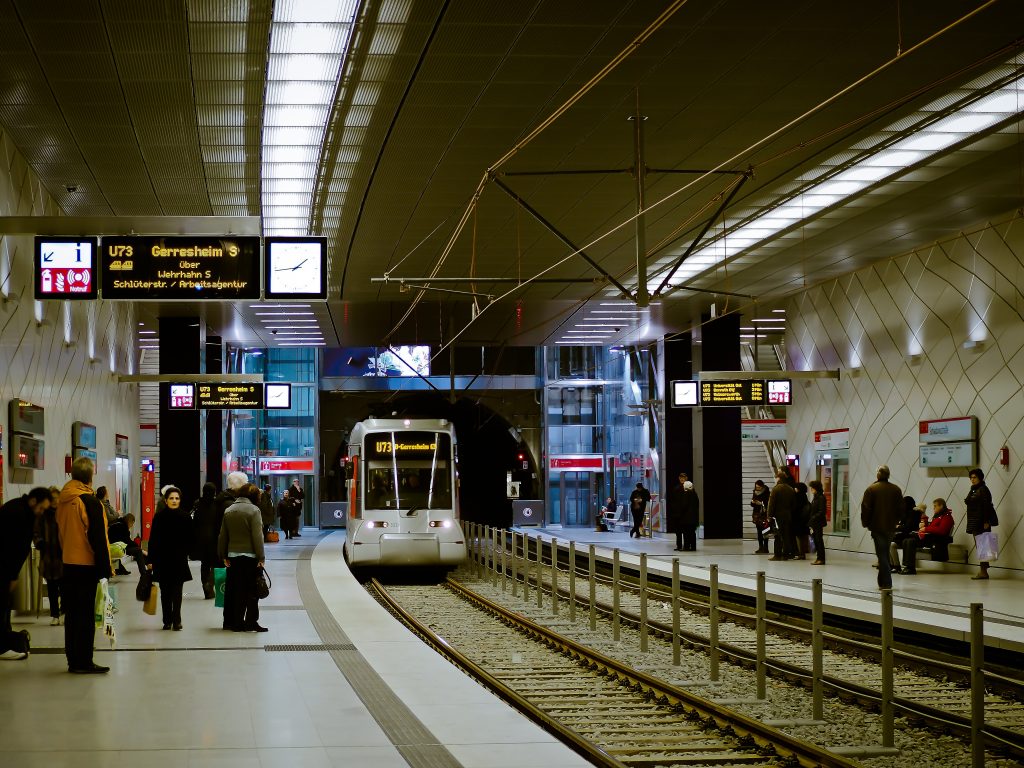 When superstorm Sandy hit New York in 2012, it caused a massive 14-foot storm surge. Several New York City subway stations were flooded and the subway was shut down for days. Although the authorities prepared well for the incoming storm, it still resulted in some $5 billion in damage to the transport system. In other words, it could have been much worse.

Water management is only going to become more important as extreme weather events increase due to climate change and the proportion of people living in cities grows to more than 70 per cent by 2050. Worse still, urbanisation increases the risk of water disasters such as floods because development reduces the amounts of permeable surfaces where water can soak into the ground, creating runoff that contributes to flooding.

This poses a particular risk to urban subways and underground railway systems, which can suffer flooding from various sources including tidal surges, river (fluvial) flooding, surface water (pluvial) flooding and burst water pipes. London Underground recently identified 57 stations that were at high risk of flooding, saying it was “only a matter of time” before heavy rainfall caused serious problems for the city’s subterranean transport network. So what can city leaders do to meet this challenge?

How deep is this issue?

Some cities are already used to dealing with flooding. The New York subway uses 700 pumps that typically drain on average around 50 million litres of water (nearly 20 Olympic-sized swimming pools) a day from the network. Before the Sandy flood, the city implemented $30 million worth of projects to prevent flooding, targeting the most flood-prone stations, installing valves to keep pumped out water from re-entering the subway and improving sewers to avoid future flooding. But the subway was still severely affected by flooding because its pump system couldn’t work once its power was knocked out.

Citizens of Taipei in Taiwan are accustomed to severe weather associated with typhoons, which the country experiences on average three to four times a year. And around 2 million passengers use the Taipei Metro (MRT) every day. As a result, the risk of flooding is high on the agenda for the MRT planners and managers.

Their stated goal is to protect against floods that reach 50cm higher than those likely to occur once in 200 years. To do this they have raised all station entrances and network openings by between 60cm and 120cm above the adjacent ground level, as well as installing flood gates and flood control structures along the river.

But when Typhoon Nari swept through Taiwan in September 2001, with one of the highest rainfall records in northern Taiwan, the resulting flash floods and the failure of several pumping stations flooded a number of MRT stations. Flooding caused 94 deaths and approximately $800 million of damage.

In London, this kind of flooding is highly unlikely due to the Thames Barrier, a kind of closable river gate that spans 520 metres across the River Thames and protects 125km² of central London tidal surges. This means that Underground stations within the tidal Thames floodplain are pretty safe. It was designed to protect against all but the kind of floods that would likely occur only once in 1000 years.

But other rivers in London that flow into the Thames, such as the River Lee, the Silk Stream and the River Wandle, still pose some risk of fluvial flooding. Climate change is also making extreme rainfall more likely in the UK, which in turn might increase the risk of surface flooding of Underground tunnels. Even more likely is flooding from London’s water 31,100km of water mains. For example, in June 2012 water from a burst water mains founds its way into the tube, flooding the Central line for 26 hours.

Not an easy fix

In principle, there are two ways of mitigating flood risk: structural and non-structural. Structural measures include engineered solutions to reduce or avoid possible impact of flooding, such as building levees and tidal barriers. Non-structural measures don’t involve physical construction but are instead about reducing risks and impacts in other ways, through policies and laws, public awareness and education. This includes things such as making sure building work considers its impact on flood risks, preventing loss of permeable surfaces, and better forecasting and early-warning systems.

Some new technology includes subway “plugs”, being developed by the US government, which look and work like big balloons. They can inflate in just a few minutes to help prevent water from entering underground tunnels. When not in use, the plug packs down to a small storage space in the tunnel, ready for remote, immediate inflation in an emergency.

But for all this useful engineering, we do have to realise that there is no feasible way to provide total flood prevention and there will always be some risk of flooding. That means we need to become more resilient to flooding when it does occur through prevention, preparation and planning. This way we can develop early warning systems, limit exposure to flooding and the damage it causes, and organise more effective recovery.