In this #EUReferendum blog, Professor Steffen Böhm addresses the ways in which the EU cannot be trusted on the environment.

Professor Böhm is Professor in organisation and sustainability in the University of Exeter Business School. 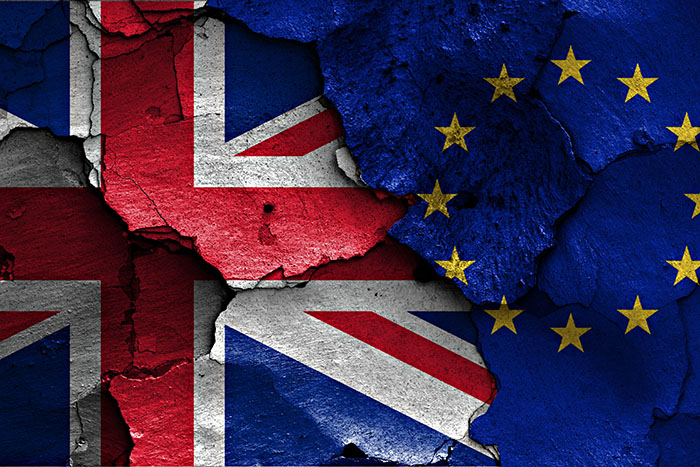 Those in favour of Britain’s continued membership of the European Union – although strangely not the UK government’s official campaign to remain in – are increasingly highlighting the contribution Brussels has made to protecting the natural environment.

There is some justification for this. During the 1970s and 80s Britain was famously disparaged as the “dirty man of Europe”, a polluting nation only persuaded and coerced into cleaning up its act by a succession of EU regulations. A recent report by the House of Commons environmental audit committee argued membership had been positive for the UK environment and noted that “none of the witnesses to our inquiry, even those who made criticisms, made an environmental case for leaving the European Union”.

I’m not here to argue for Brexit. But the EU’s green record is hardly unblemished. Indeed, in several key areas, European policies have slowed if not reversed the UK’s progress on environmental protection. And a major new EU-US trade agreement just around the corner could threaten much of what has been achieved.

The UK’s target to reduce greenhouse gas emissions is significantly more ambitious than that required under current European rules. The EU’s pledge at last year’s Paris conference was modest enough that Britain had already effectively promised to cut emissions “at twice the rate of the EU as a whole”.

Given the privileged access that big energy and fossil fuel companies had to the EU’s top climate policy decision makers in the run-up to the Paris gathering, we shouldn’t be surprised by the underwhelming commitment. Should the UK vote to remain, its generous contribution towards Europe’s emissions pledge merely takes the pressure off other member states, resulting in no net global benefit. It’s a point raised in the Commons report itself.

2. Biofuels are not green

The EU is a big supporter of biofuels such as biodiesel and bioethanol. The European Commission’s website describes these fuels – manufactured on an industrial scale in Europe from crops such as rape, sunflower, wheat and maize – as “a renewable alternative to fossil fuels in the transport sector, helping to reduce greenhouse gas emissions and improve the EU’s security of supply”. The EU has set a target that by 2020, 10 per cent of the transport fuel of every member comes from “renewable sources such as biofuels”.

Burning crops rather than petrol sounds like a good idea. However, these biofuels don’t actually do much to reduce overall emissions, once you take into account the extra land turned over to crop cultivation and the greenhouse gases used in fertilisers.

In addition, much of the biofuel used in the EU is imported from poorer countries, contributing to land grabbing in Africa and other places. Some experts have called this a new kind of biofuel-colonialism.

The EU’s support for the automotive industry further tarnishes its green credentials. Although Europe is to be congratulated for introducing tough vehicle exhaust emissions limits over the years, the cosy relationship with manufacturers when it comes to enforcement is hardly laudable. For decades carmakers – with Europe’s tacit connivance – have benefited from loopholes in testing procedures allowing vehicles onto the road which emit substantially more “real world” CO2 emissions than the rigged test cycles suggest.

During the Volkswagen emissions scandal documents emerged revealing how leading member states including the UK had just months previously lobbied the commission to carry over these dodgy rules into new test procedures coming in to force in 2017. If VW hadn’t happened, those loopholes may still have been in place.

But perhaps the greatest potential blot in the EU’s green copybook is its impending monster trade deal with the US. A series of bilateral trade negotiations, the Transatlantic Trade and Investment Partnership aims to boost the economies of the EU and the US by removing or reducing barriers to trade and foreign investment.

The political establishment and large businesses across Europe largely support TTIP, but critics distrust the secretive process by which it is being hammered out. They’re even more concerned that the deal will negatively affect small businesses and water down a swathe of hard-won social, safety, democratic – and, yes, environmental – protections in the name of economic growth.

Sometimes, as with diesel emissions, US environment standards exceed those of the EU. But it’s not the norm. With more than 60 per cent of all processed foods in the US containing genetically-modified organisms, American negotiators will be pushing hard to overturn the EU’s current ban on GM food imports, not to mention Europe’s strict pesticide rules and its favouring of the precautionary principle when it comes to assessing potentially toxic chemical substances, as enshrined in the EU’s REACH regulations

A confidential draft of a “sustainable development chapter” of the TTIP negotiations, leaked in late 2015, contained vaguely phrased and non-binding commitments. This is merely paying lip service to the environment.

The EU does have much to be proud of when it comes to environmental and social idealism – and it certainly talks a good talk – but recent history tells us that when the chips are down economic imperatives and big, polluting, businesses take precedence. Perhaps we shouldn’t be surprised. After all, when the EU’s precursor organisation was founded in 1951, the environment wasn’t even mentioned. In those days it was known as the European Coal and Steel Community. What could be greener than that?