With Wales and England meeting on the pitch this afternoon, 16 June 2016, fans have been urged to ‘behave responsibly’.

Mr Bill Tupman, an Honorary Research Fellow in the Politics department, looks at terrorism, hooliganism and the role of the French police. 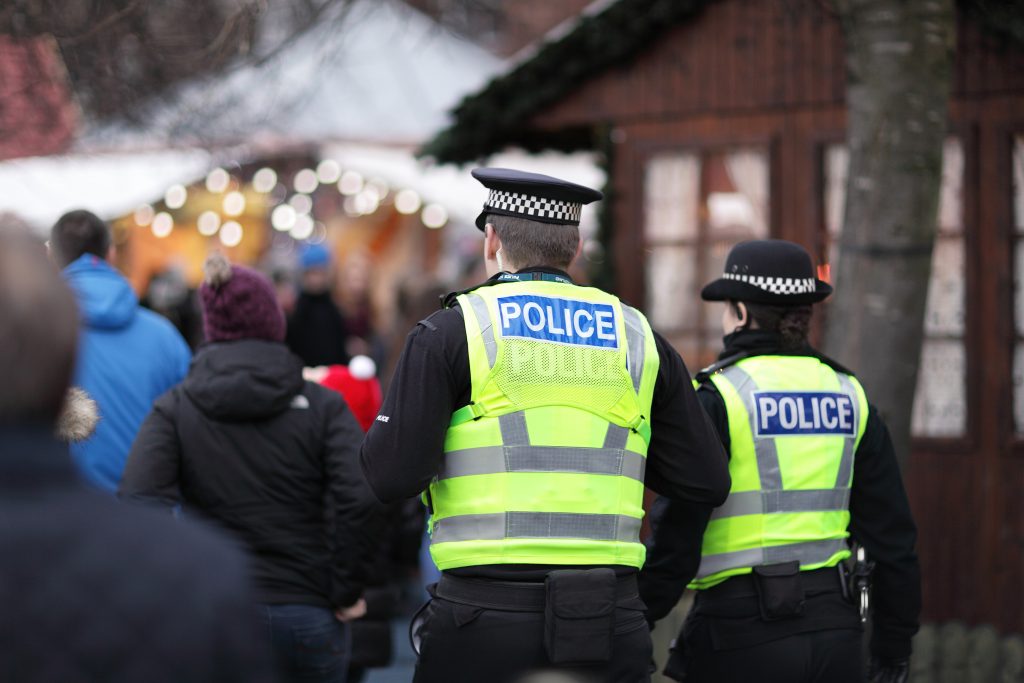 As Russian, English, Slovakian and Welsh football fans converged on Lille, and warnings of further violence cast a shadow over Euro 2016, a police officer and his wife were murdered by a man claiming allegiance to Isis, in Magnanville, west of Paris.

French police with limited resources have to take decisions about prioritising anti-hooliganism measures or anti-terrorism measures. In the background, protests against Hollande’s labour law measures also demand a police response. With crowds ebbing and flowing, a sophisticated strategy is required to keep Euro 2016 spectators safe while preventing a lone wolf attacker or a terrorist cell sneaking under the radar and creating another Bataclan atrocity.

Knowing that the Abdeslam cell targeted a football match at the Stade de France simultaneously with the attack on the Bataclan concert, police managers will have been prioritising preventing suicide bombers from entering the stadia in which the Euro 2016 competition is being held, as well as “fan zones” which provide terrorists with other targets.

So who does pose the greatest threat? The hooligans or the terrorists? The answer appears obvious. Terrorists kill more people than football hooligans, don’t they? But policing football grounds is a delicate business and can have political elements. The Hillsborough inquests have only just finished in the UK, ruling that 96 people died as a result of poor policing decisions in April 1989. These decisions were made by a police force that had become focused on crowd control rather than crowd safety during the Miner’s Strike of 1984-5 and led to a cover-up that has only now been exposed.

At the Heysel stadium in Belgium in May 1985, 39 people died and 600 were injured, as a result of what was perceived as a failure to segregate fans properly. In February 2012, at the Port Said stadium in Egypt, 74 people were killed and 700 injured in a riot. The El Ahly fans who were the victims were supporters of the Tahrir square protests, and conspiracy theorists accused the police of deliberately facilitating the attack on them. Both fans and police officers were tried and death sentences on 11 of the accused were confirmed in June 2015.

So football violence can, in fact, lead to death tolls as high as those caused by terrorist attacks. It can also have a political dimension. Violence between Russian and Ukranian fans in present circumstances, would not be a surprise. On the whole though, violence between supporters of the top club sides has a largely ritual element and is confined to confrontations between the hard core fans themselves.

It is supporters in the lower leagues who can be more indiscriminate, attacking bystanders and using weapons. These supporters are also more likely to turn up for national team games. More violence is likely away from home and for this reason, countries such as the Netherlands ban away supporters from matches where trouble is anticipated. But international competitions such as the European and World Cups are both away from home and give the supporters from lower leagues a chance to make a name for themselves.

Violence between supporters is now more likely outside the stadium than inside. Private security and police are much more successful at keeping weaponry from getting in and this effect is doubled by counter-terrorist strategies and searches. The Marseille attack by Russian supporters on English supporters at the end of the match is an unusual event and may reflect the machismo of the Russians, shunning weaponry and relying on martial arts training.

Lille has experience of English supporters. Everton fans claim to have been attacked by local hooligans in October 2014, prior to a Europa Cup match. The story is now a familiar one. An attack on a bar by an organised group using chairs as weapons. Locals will play a part if violence does develop, engaging in traditional tactics of provocation, hoping to cause conflict between larger groups of fans from overseas and then intervention by the police. The banning of alcohol sales by shops and supermarkets is not going to change the tactic of attacking fans inside and outside bars.

From a police viewpoint, terrorism and hooliganism are equally dangerous. The story in the media on day one is always: “Horror: people hurt and some die”. On day two, it is: “Police fail to prevent atrocity”. In translation: they knew it was going to happen and did nothing to prevent it. Some blame the media for sensationalising hooliganism. It has been suggested that Russian hooligan tactics follow Putin’s foreign policy approach of attacking and then retreating.

The Russians are counterclaiming that the UK press is trying to get the World Cup taken away from Russia in 2018. Meanwhile, the French police have to do their best to keep everyone safe. Fortunately, keeping surveillance on the crowds, bars, stadia and fan zones works as well against terrorists as it does against hooligans.