Professor Andrew McRae, Head of Department and Professor of Renaissance Studies in the Department of English and PhD candidate, Anna-Marie Linnell have written a blog which looks at the risks and rewards of Royal portraits. 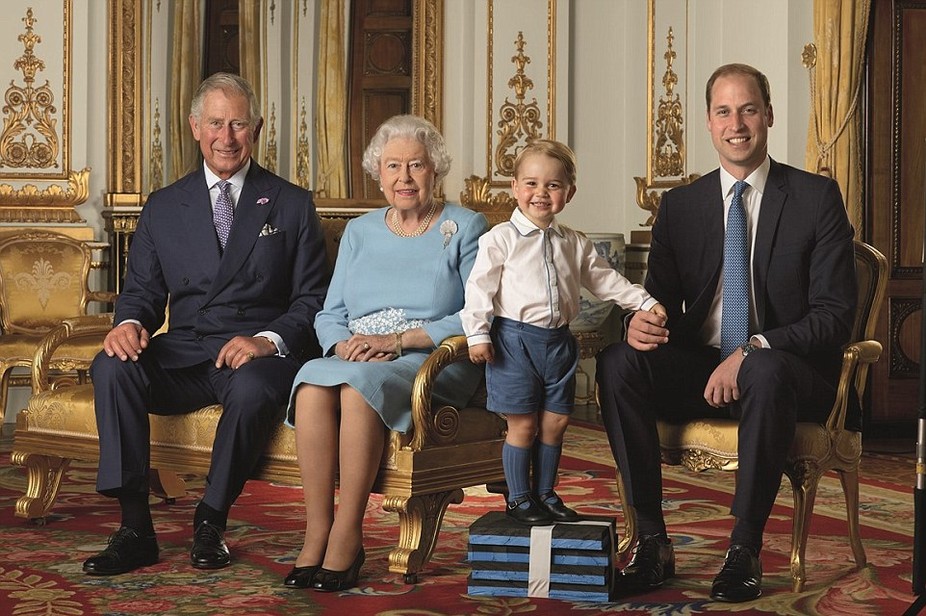 The royal portraits released to mark the 90th birthday of Queen Elizabeth II deliberately emphasise her status as the matriarch within a flourishing family. The oldest and newest generations of royals smile together for the camera, projecting the Windsor line as safely secured into the future.

These well choreographed and well publicised pictures blend longevity and authority with an appreciation of renewal and dynastic security. Across British history, however, the idea that the monarch’s nuclear family is necessarily a unit of stable authority has been hard won.

While of course there have been royal families for as long as there have been monarchs, spouses and offspring haven’t always shared the limelight. The pivotal era of change is that of the Stuarts (1603-1714), who reigned when print culture exploded and new forms of visual media emerged.

Sharing the royal image with their subjects was a new and powerful tool – but it also carried risks.

Promoting his family held advantages for the first Stuart monarch, James VI of Scotland, who assumed the English throne in 1603, becoming James I. After the turbulent reigns of the early Tudors, and decades of rule by a Virgin Queen, James brought his subjects a healthy royal family. While he perhaps had little affection for his wife, Queen Anna of Denmark – and rather more for his succession of male royal favourites – he appreciated the importance of dynastic continuity and placed his three young children clearly in the public eye.

London’s printers devoted much attention to the king and his family. Genealogical charts and portraits of the family were disseminated in cheap printed form. James’s great book of political theory, Basilikon Doron, was also rushed into print in London in 1603. This text was an extended essay on dynastic continuity, addressed to his eldest son, Prince Henry. And while James’s family experienced more than its share of upheaval, with Henry dying suddenly in 1612, and his sister Elizabeth being sucked into the morass of the Thirty Years’ War, royal imagery stressed the continuity of Stuart rule.

Charles I, James’s second son, went on to exploit even more fully the potential of the royal family image. Charles’s marriage to the French princess Henrietta Maria coincided with his father’s unexpected death in 1625, meaning his reign began at the same time as the start of a stable and happy marriage. His image as a ruler was virtually indistinguishable from his profile as a husband and father.

Scholars have even argued that Charles only established an identifiable and independent reputation as a ruler from around 1630, when Henrietta Maria gave birth to the first of a succession of seven children.

All the media of the age were mobilised to celebrate the family. Volumes of poetry were published to mark each royal birth, while the greatest court artists were commissioned to paint portraits. One portrait of Charles, Henrietta Maria and their first two children, by Anthony Van Dyck, hangs to this day in Buckingham Palace. Yet the risks of this approach also became apparent, as the perceived influence of a foreign, Catholic queen became a focus of resentment in the 1640s.

Set against a more traditional model of masculine authority, Charles was derided by his critics as weak and vulnerable. The publication of secret correspondence between the couple, in The King’s Cabinet Opened (1645), fuelled the flames of civil war.

The royal family remained a source of tension in the second half of the Stuart era. Charles II’s childless marriage to Katherine of Braganza lacked the intensity of his parents’ union. For his brother and heir, James II, the birth of a Catholic son in 1688 in fact precipitated his downfall. While his subjects were prepared to tolerate James II’s leadership, they were anxious about the prospect of a future line of Catholic Stuarts.

His opponents challenged the maternity of the child, James Francis Edward, alleging that he was an imposter smuggled into the Queen’s rooms in a bedpan. Hundreds of pamphlets, histories and even plays were produced about this “warming pan plot”.

Months later, James’s son-in-law, William of Orange, capitalised on discontent and invaded England to seize the crown. Thereafter, images of the Stuart royal family tended to be divisive, often associated with the “Jacobites” who sought to restore James to the throne.

Today, the Windsors can congratulate themselves on their evident success in creating an image suited to the times. Yet a glance back in history, to the very century when the royal family was invented as a media product, underlines the challenges that they face in promoting – and maintaining – the positive royal image in a digital age.