How many women head up the UK’s leading companies? Our research has found that of 350 CEOs, it was just 12, equal to the number of male CEOs called David. And Andrew. And John.

Our expert Professor Ruth Sealy analysed the names of the FTSE 350 CEOs. Of this powerful group, 18 were called David, 13 were named Andrew and 12 called John. Just 12 were women, representing only 3.4 per cent of the group. Are you surprised? 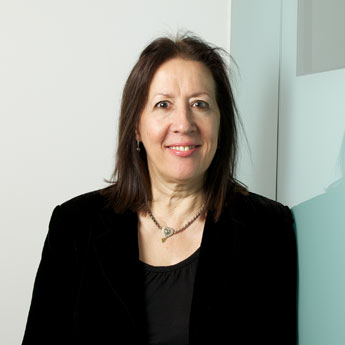 Today (March 8) is International Women’s Day  –a valuable opportunity to celebrate the achievements of women, and to call for gender balance in society. Some people think this job is done, but while we have made strides in equality, this example shows there’s still a long way to go.

Last year’s gender pay gap report exposed the grim realities of a national picture in which men are consistently paid more than women, and hold more of the most senior roles. In fact, more than three quarters of 10,000 companies paid men more than women. Just one in three have women among their highest paid earners. Males are paid higher bonuses than females, and earn more than women overall – in every single sector.

Universities are no exception. Undergraduate students are roughly 50/50 male and female, so this should be reflected all the way up the scale. Yet only 15 per cent of senior leaders are women. At the University of Exeter, we acknowledge this problem and we’re on the right track. .We’re really proud of our national Advance HE Athena SWAN silver award – awarded to only 17 universities in the UK to recognise this commitment.

To be clear, men and women who do the same work at Exeter are paid the same salary. The issue around our gender pay gap is career progression. We’re establishing a range of schemes to ensure women aren’t disadvantaged by taking maternity breaks or caring responsibilities – that they’re supported and their expertise is recognised when they return to work, or through flexible working schemes. As women, we all have a role to play in this, whatever our age and stage.  This might be through tangible support such as mentoring. We have to make sure that women have the right opportunities at the right time to progress, and that strong female talent is visibly nurtured. As Billie Jean King said, you’ve got to see it to be it.

At the University, we’ve taken a good look at how our academic career progression works.  The proportion of female Professors has increased from 17 per cent in 2012 to 27 per cent today. The percentage of women on the University’s Executive Group has risen to 29 per cent. It’s not enough, but we’re working on it. The importance of having a balanced senior leadership team is vital in decision-making and signalling our values.

I’m proud of our work to support women’s careers. Female staff were the main beneficiaries of our decision to introduce the Living Wage in 2014. Our policy on maternity and paternity leave and family-friendly benefits is best in sector. We allow new parents to take six months of leave at full pay, followed by a further 13 weeks of leave at statutory pay. The policies are available for employees as soon as they start and parents can choose to share their leave entitlement. Our new menopause policy resulted from consulting female staff members.

We want to do what we can to develop real cultural change that is embedded in the values of our organisation, that avoids tokenism, and in which people of all genders are committed to gender equality. Our policies are supported by outstanding research. Internationally respected work on the phenomenon of the ‘glass cliff’ for female leaders has taken place in Exeter by Professor Michelle Ryan and her colleagues.

Just last month, leading Medical research journal The Lancet published a special edition dedicated to advancing gender equity in science, medicine and global health. Their editorial highlights the fact that systems must change – not just to support women, but to avoid disproportionately privileging men. Executive editor Dr Jocalyn Clark summarised: “Gender equity is not only a matter of justice and rights, it is crucial for producing the best research and providing the best care to patients. If the fields of science, medicine, and global health are to hope to work towards improving human lives, they must be representative of the societies they serve.”

In the Westcountry, we’re working to inspire, inform and prepare young people to take the best decisions about their future. More than two thirds of the 900 year 9-13s from disadvantaged and under-represented groups who took part in our University of Exeter Scholars programme last year were female.

This article first appeared in the Western Morning News.