Prepaid business card provider, Soldo, spoke with Prof. Mark Thompson as part of a series, speaking to today’s most influential digital disruptors. Prof. Mark Thompson is Professor in Digital Economy at Exeter Business School, and Strategy Director at the Methods Group.  He is a leading contributor to Digital Leaders, the Digital transformation business intelligence network with over 110,000 subscribers in the UK. Mark was co-author of the 2014 book “Digitizing Government” and the “2018 Manifesto for Better Public Services”. He also serves on the board of TechUK. Previous roles include National Audit Office Digital Advisory Panel, Cabinet Office Data Steering Group and acting as senior adviser to the Cabinet Office on ICT Futures. 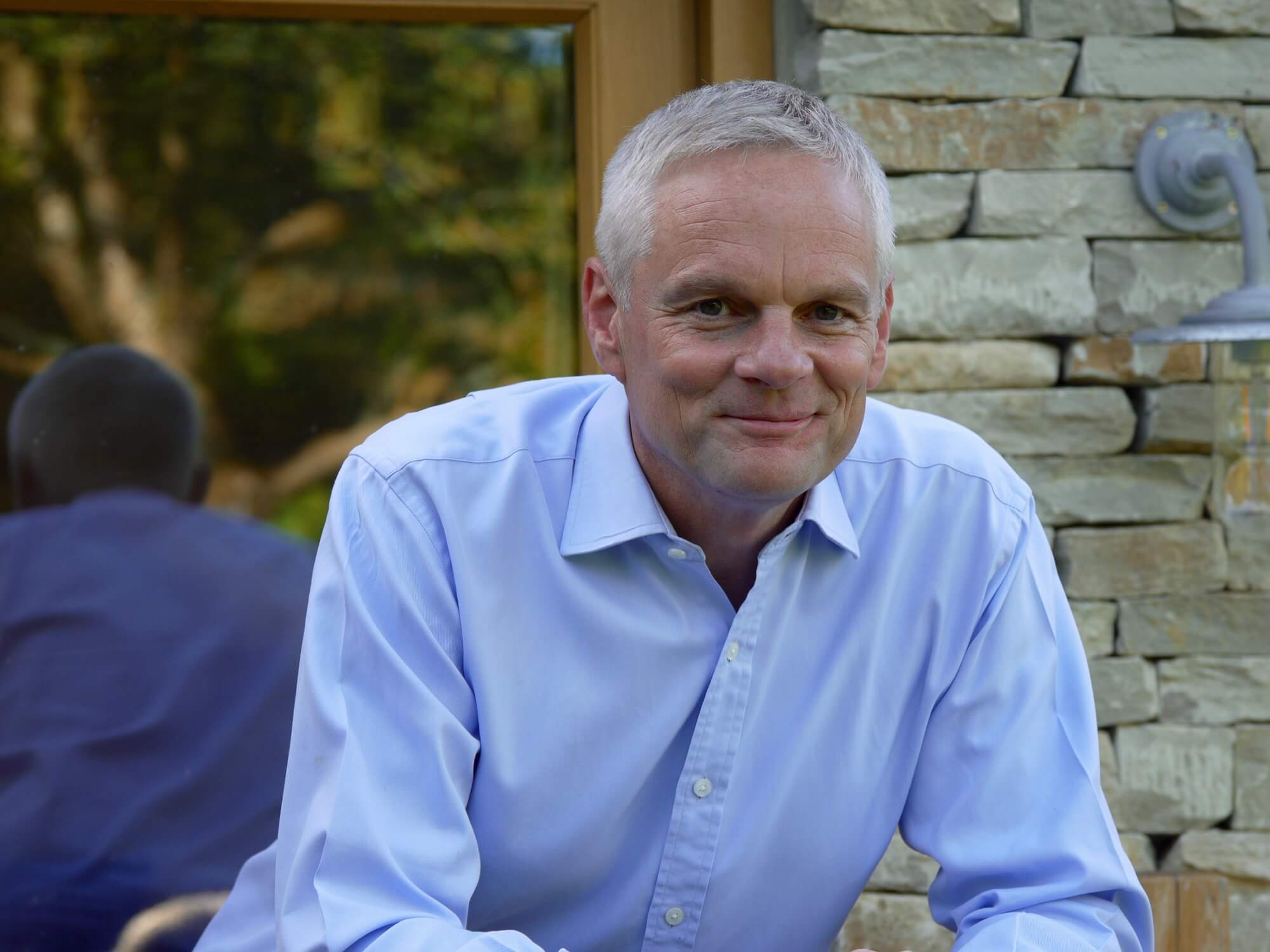 We hear a lot about digital transformation – what does it mean to you?

Everybody bangs on about digital transformation, but it’s often hugely misleading because these discussions are usually technology led. To me, Digital Leaders’ version of digital transformation comes down to one thing: the arrival of mature services that have been developed around the shared infrastructure of the internet.

This infrastructure element cannot be overstated. Imagine, for example, that we had electricity and understood how to make washing machines and TVs, but we had no National Grid. On every street, it would be completely rational to build our own washing machines and TVs, because there’s no market – people would be using different voltages, current and plugs. Indeed, the birth of electricity was very much like this.  It’s nobody’s fault – the absence of a common infrastructure means everyone’s on their own.

Add the National Grid, and suddenly it’s irrational to build your own appliances – someone else can profitably make devices because they’ll work for millions of people. So the game-changer is the shared infrastructure.

Four decades after the internet’s invention, we finally have online technologies that can meaningfully interact with each other and be joined up and used at scale. Digital transformation is nothing to do with websites or front ends (although they’re important of course); it’s about the shared plumbing.

But that is technology led, yet you said at the outset that a purely tech discussion is misleading…

Very true. What is transformational is what these new technologies mean for businesses and the way they operate – which is both exciting and hugely challenging.

To see why, instead of focusing on innovation, let’s look at what it means to be an incumbent, a legacy business.

A legacy business is any organisation – and the challenges are absolutely organisational –  which grew up in the last century with processes, infrastructure, services, an operating model and, most importantly, a value proposition, defined before the prevalence of the internet. They lived successfully through the online services revolution which created new opportunities to get closer to their customers, without challenging their fundamental value propositions.

Today, however, incumbents face Big Tech like Amazon on the one hand, and startups like regtech, fintech, proptech etc. on the other. Any legacy business in 2019 is surrounded on all sides by challengers to their traditional value proposition.

For example, I was speaking with a pharmaceuticals executive recently who advocated “sticking to the knitting”: he said “We make drugs, and the minute we take our eye of that, we’re dead in the water”. But we now live in a health data economy which focuses on keeping people well rather than curing them when they are ill. Businesses like Amazon are outspending pharma in the healthcare sector exponentially.

So digital transformation is actually the belated response of legacy organisations, in particular, to the arrival of the shared plumbing of the internet. It’s a dawning realisation in modern boardrooms that capitalising on new technology demands a wholesale review of business models and core value propositions based on what you can achieve with digital technology and services; and that the new wave of emerging technologies – AI, virtual reality etc. – will only accelerate the need to throw off the shackles of old practices.

How can boards do that?

Well, above all, don’t do everything yourself. In the old days, billions were spent on in-house development of services, especially back-office functions. That is simply no longer of any value, indeed it’s hugely costly.

Every business is different, but as a matter of general advice:

Why is culture such a problem?

Because we all find comfort in the status quo, and modern digital businesses demand that we focus exclusively on outcomes and rip apart the comfortable architectures that prevent us achieving those outcomes. Plenty of core and back-office functions will be either removed completely or consumed as-a-service in the pursuit of leanness, efficiency and agility.

Take Transferwise, an upstart in the money transfer business but now a world-leading ‘unicorn’. It’s user-friendly and beautifully designed, it’s disruptively cheap, and yet underneath the hood, they didn’t build it. Much of the key functionality is a white-label version of a different company’s business, Currency Cloud. They have built a $1BN business without reinventing the wheel and minimising their infrastructure investment.

This applies to legacy businesses too, but they are weighed down by a century of baggage – that they themselves have built. Five years ago, boardrooms fought that realisation; they embraced a certain digital mindset of sorts – open standards, agile development, the Eric Ries doctrine of failing fast etc.; but I think there is now a readiness in some quarters to think the unthinkable in big corporates about the radical changes required to core value propositions and organisational structure.

Now, I say “in some quarters” because there’s also plenty standing in the way of larger legacy businesses. I like to look at the incentives which drive behaviours, and unfortunately many holders of the CXO roles ultimately empowered to upend their organisations to undergo this extremely painful transition are only a couple of years away from the golf course. They are often grotesquely disincentivised at an organisational level from driving change, so there’s a lot of kicking the can down the road.

Furthermore, there’s a marked lack of education for non-technical senior people about these issues. We’re awash with training in technology, and it’s full of buzzwords.  But there’s no safe space for senior executives to join up the buzzwords and assemble them meaningfully in order to consider the effect of digital on their industries, behaviours, cultures, value propositions and service architectures. They can pay exorbitant fees for the major consultancies to develop a strategy, but the consultancies themselves are often incentivised to produce outsource arrangements that don’t necessarily represent the best interests of the company – whose leaders can often shrug off responsibility for understanding it all themselves to ‘the experts’, rather than getting properly to grips with it and owning the change themselves.

What can executives do, then? Because they’re being pushed tactical product by tech firms, endorsed by the analysts, the Gartners and IDCs – and nobody is talking corporate strategy?

Exactly. But we can group the current crop of technologies into some useful groups which senior executives can think about.

That feels like three good clusters of activity, but again they’re all pretty useless unless, as a board, you’ve got some handle on your value proposition; which is going to change because you’re not going to do everything yourself.

One last example to help explain: the Hollywood Studio of the 1930s. It’s a fantastic example of a fully vertically-integrated organisation: the movie mogul owned everybody from the scriptwriters to musicians to set designers, actors and even movie theatres. Move to today’s HBO-type model and you have a sea of niche providers, all sustained by digital infrastructure. Creatives, production teams, aggregators, portals and marketers all operate separately and optimally, focused on a core value proposition and depending on a network of other operators to monetise their own particular service.

It required upheaval to move from the 1930s to today, but the magnitude and velocity of change – and associated transformational challenges – facing today’s incumbents is unprecedented.