By Muireann Maguire, Senior Lecturer in Russian and Principal Investigator for the ERC-funded RusTrans Project.

Russia and the nations of the former Soviet Union have a poor record in LGBTQ rights. In the former Soviet Republic of Georgia, for example, homosexuality was not de-criminalized until 2000 (although Georgia became an independent nation in 1991). And despite since passing anti-discrimination legislation designed to protect the rights of LGBTQ people, hate crimes are still difficult to prosecute; nor is transgender identity yet recognized under Georgian law. In a recently published essay, Natia Gvianishvili concluded that Georgia’s LGBTQ citizens are still represented in a highly politicized, primarily negative way (for example, portrayed as either deviants or victims).

In Russia, although male homosexuality was decriminalized twice in the twentieth century (in 1922 under Lenin, and by Boris Yeltsin in 1993), Russian society continues to be openly homophobic – an attitude encouraged by conservatives, including the powerful Russian Orthodox Church. President Vladimir Putin makes a flexible and politically convenient distinction between LGBTQ sexuality, for which he professes tolerance, and the dissemination of any information (including sex education) about alternative sexual identities, banned under Russia’s infamous 2013 ‘Gay Propaganda’ law. At its worst, such strategic collusion with homophobia condones serious human rights abuses, like the illegal detention and torture of gay men in the Russian Republic of Chechnya (ongoing since 2017), or the arrest in November 2019 of feminist blogger and artist Yuliia Tsvetkova. At its most ludicrous, last year an ice-cream manufacturer was accused of spreading queer propaganda by selling rainbow cones. The EU and OCSE have repeatedly censured Russia for allowing these abuses, to little effect.

Yet where politics can’t help, perhaps Modern Languages can. Put differently, while some Russian politicians may prefer not to acknowledge it, their country has a rich queer cultural heritage, widely studied and admired abroad. Russia’s Symbolist writers – Mikhail Kuzmin, Sofiia Parnok, and Lydiia Zinovieva-Annibal – were among the first twentieth-century Europeans to write openly about gay and lesbian love. And now, once again, the Russian LGBTQ community is enjoying a moment on the international stage – thanks to the translators, journalists, academics, independent publishers, bloggers, activists and ordinary readers who have helped to give genderqueer Russian writing a platform by translating and distributing it in the West. It’s been nine years since the post-punk dissident band Pussy Riot staged a protest performance in Moscow’s Cathedral of Christ the Saviour, calling for LGBT rights among other reforms. In the intervening decade, a number of more subtly challenging, equally dissident voices have gained a global following. The post-Soviet blog Punctured Lines recently drew attention to three important 2020 publications: Lida Yusupova’s poetry collection, The Scar We Know (Cicada Press); Galina Rymbu’s anthology of poems, Life in Space (Ugly Duckling Presse); and an edited collection of Russian LGBTQ writing, The Ф Letter: Russian Feminist Poetry.

Lida Yusupova is a lesbian poet whose radically uncontrolled prosody challenges aesthetic as well as gender assumptions (as in Yusupova’s ‘the centre for gender problems’, translated by Hilah Kohen); Galina Rymbu is a leading feminist author whose poetry (such as “My Vagina”) daringly interrogates preconceptions about the female body and female sexuality, and also the founder (in 2017) of the St Petersburg literary collective known as Ф-pis’mo, or F-letter, whose works appear for the first time in English translation in The Ф Letter. 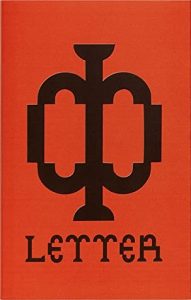 In another important recent development, the February 2021 issue of the online translation journal Words Without Borders, “Russophonia”, is dedicated to showcasing new Russian writing, including an interview between the poets Galina Rymbu and Ilya Danishevsky. Danishevsky, known for his formally innovative poetic fictions Tenderness for the Dead (2014) and Mannelig in Chains (2018), says of contemporary poetry: “[it] has the ability to examine things in a maximally authentic way. This could be because it must continually reinvent itself and its language. […] And take, for instance, a discussion of love, a discussion in which it’s impossible to use dishonest words. […] In poetry, language about love is capable of expressing the very matter it describes.” As an editor (of Snob magazine), as well as a poet and novelist, Danishevsky is both a cultural mediator for Russian audiences and an original queer voice in his own right. Quoting one of Danishevsky’s translators Alex Karsavin, ‘Mannelig in Chains has been hailed by critics as a foundational text of queer modernism in the former Soviet Union, a movement that’s now coming of age. […] Written in the harsh afterglow of Russia’s 2013 “gay propaganda” ban, Mannelig portrays the queer subject as something more alienated than a confessor of illicit desire. The narrator’s accounts of trysts and personal tragedies function as entry points into collective traumas. […] The story occurs as a series of narrative threads (individual chapters) including erotic and platonic love; friendship; trust; childhood trauma; deaths of friends, siblings, and the dog; annexation (of both concrete geopolitical territories and abstract personal ones); and the commercialized, politicized deaths of Russian soldiers fighting in Ukraine. All this is overlaid onto a personal journey, which is itself tied to that archetypal journey narrative, the Odyssey. The book is, needless to say, a delightful challenge for the translators.’

Here at Exeter, within the Department of Modern Languages and Cultures, the ERC-funded RusTrans project is helping to bring Russian LGBTQ literature to Anglophone readers. The translation of Danishevsky’s novel, Mannelig in Chains, by co-translators Alex Karsavin and Anne O. Fisher, has been part-funded by one of twelve RusTrans bursaries seed-funding new translations of contemporary Russian literature. You can read the co-translators’ reflections on Danishevsky’s text here, and an extract from their version of Mannelig in Chains here. Perfect with rainbow ice-cream.

← If the shirt fits. Some thoughts on reading for LGBT+ History Month ‘The Invisible Troupe of Women’: Some Reflections on Historical Women’s Writing →