Villi Ieremia, a 3rd year Business & Management with International Study student, has just spent her year abroad in Mexico. Here she tells her story, and why you should consider Mexico as a Study Abroad destination…

Where are you studying and why did you choose that university? 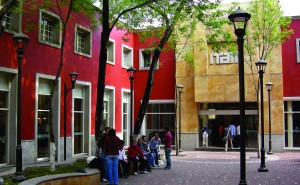 I am on an exchange programme at the Instituto Tecnológico Autónomo de México (ITAM) in Mexico City. My main motivation to pursue a year abroad was to mainly improve my Spanish and experience life in a country outside Europe. The Business School at Exeter has partnered with two universities in Mexico, ITAM and ITESM. ITAM looked like the best option because it offers several classes in English, which helped me to get to know how ITAM works and prepare myself before taking any modules in English, and in Spanish as well. Before coming to Mexico, my Spanish was only basic which meant that classes in Spanish were not really an option. This is why I thought of taking modules in Spanish in my second semester when I would have improved my Spanish language skills considerably after interacting in Spanish on a daily basis. In addition to this, ITAM has an active Buddy Programme which helps the integration of Mexican and exchange students by assigning Mexican students to foreigners. Mexicans organise pick-ups from the airport, show the city to exchange students and are happy to do a language exchange with foreigners. After a bit of research on the web, I also found out that ITAM is one of the best and most prestigious universities in Mexico which could mean that studying there might be helpful if I consider a career in Mexico in the future.

What modules did you pick and how have you found them?

The modules that I took at ITAM are mainly from the Administration department but also took a language course and a couple from the International Relations department. In my first semester, I took Development of Managerial Skills, Services Marketing, International Political Economy and Immersion into Spanish. Apart from the language course, all the classes were taught in English but both Mexican and exchange students were in the class. In my second semester, I decided to experiment and take classes in Spanish. I took Entrepreneurship, Advertising and Promotion and Intensive Spanish, which were all taught in Spanish, and International Business and History of the United States in English. I really enjoyed taking classes in Spanish and I believe I was quite lucky in choosing these modules because the teachers were understanding and patient towards exchange students. Finding my modules, however, was not an easy task because ITAM does not have an updated list and module description of the modules online but they publish the modules only a month before the classes start. For this reason, I had to send various emails to the exchange office at ITAM which was happy to answer my questions about modules that I had found on old module lists. This meant that I had to change my modules after going to Mexico because some of the modules that I had chosen were not on offer anymore.

Tell us what you do in your spare time…

In my spare time during term time, I was a member of the volleyball team of ITAM. There were trainings every day for at least two hours per session which meant that I was always busy during the week. I participated in the tournament among universities which was a great experience. ITAM also offers classes of salsa independent of your level which helped me learn some moves, meet new people and avoid feeling uncomfortable every time I went to salsa clubs. Also, in the second semester, I joined the Mesas del Mundo language exchange programme organised by an ITAM student, in which I could practice my Spanish even more. In the weekends and holidays, I managed to travel a lot around Mexico and abroad, maybe even getting to know more places than I already have visited in Europe.

What  did you wish you had known before going away?

Coming to Mexico, I was able to discover the country, its history, culture and get to know its people. However, I wish I had known some things before coming here. I wish I had known before coming that Mexico is not as dangerous as it seems on the news. Before coming here, I read the news almost daily and I unfortunately only read about drug trafficking and wars between gangs. My family and friends´ reaction also initially scared me as everyone thought that I would be mugged, kidnapped or even killed. Although Mexico, and particularly Mexico City, is not as dangerous as it seems on the news, I came to realise that a few months after I arrived here. Although general common sense precautions should always be taken, such as not visiting infamous neighbourhoods and not walking alone on the street in the night, I believe that Mexico´s security situation has improved greatly in recent times and I have maybe felt safer here than in other places in Europe. I also wish I had known a bit more about Mexican culture and history before coming here. Even though I came to discover a lot about Mexico, I think that it is a country with a rich history and a distinctive culture. Getting to know a bit more about the country beforehand could have helped me understand Mexican traditions, customs and behaviours from early on. Apart from reading the current news on Mexico, the majority of which were about drug trafficking that could only make me more nervous about my trip,  it would have been better to also research a bit more about the country itself. I also wish that I had known better Spanish before coming to Mexico. An intermediate level of Spanish, instead of a beginners´ level, would have allowed me to take classes in Spanish, not only in the second semester but also in my first semester, and communicate with locals with more ease in the beginning.

How did you find accommodation for your stay?

Finding accommodation in Mexico was not hard because the accommodation options offered by ITAM were numerous. Even though ITAM does not have student residences and halls like Exeter, it has developed strong relationships with landlords near the university and offers a list of possible options to exchange students from early on. After receiving my acceptance letter, I received a list of landlords and I chose to stay at a house with four more students, the majority of which are on an exchange as well. The house offers medium and large rooms, is a five-minute walk to the university and has great facilities and services included in the rent, such as cleaning and Internet, for a very low price, especially for English and European standards. 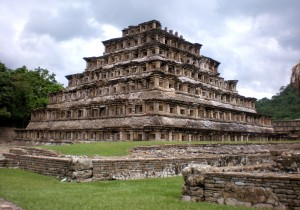 Have you managed to do any extra travelling whilst abroad, and if so where?

Choosing Mexico proved to be a great option, not only because it is a country with a culturally rich background, but also because it offers many travel options. Being in a relatively cheap country meant that I could save some money every month for travelling and plan trips on the weekends in the nearby states of Puebla, Guanajuato, Queretaro, Morelos and Michoacan. I managed to travel extensively around Mexico during the holidays, especially in the South, in the states of Veracruz, Oaxaca, Chiapas, Campeche, Yucatan, and Quintana Roo. Because of Mexico´s central location in the Americas – it is often thought of as a bridge between North and South America, I also did a ten-day trip in California, in the U.S., during the Easter holidays and a two-week trip in Central America in the summer and visited Guatemala, El Salvador, Nicaragua and Costa Rica with other exchange students. It is quite funny when Mexicans tell me that I visited more places in Mexico in a year than they have in their entire life.

What are your best memories of your year abroad?

Studying in Mexico for a year is a memorable experience itself, comprising of a number of unforgettable memories. One of my best memories of my year abroad are my trip to the state of Chiapas in the Christmas holidays, where I got to know communities of indigenous people, hiked in the thick jungle, visited Maya archaeological ruins and beautiful, colourful colonial towns. This trip made me realise the country’s diversity of its people and landscapes, both very different across the country. I will also not forget the first time I tried fried grasshoppers with salt, lemon and chilli and a quesadilla with a pig’s brains. I knew that Mexican food is very different from the delicate European cuisine, but I had never thought of eating brains or grasshoppers in my life before. The most unforgettable memory, however, was when I was flying back to Mexico City from California in the Easter holidays. Going to the U.S. was the first time I left Mexico since I arrived in August and coming back to Mexico felt like I was coming back home.

Mexico is a great country to spend a year abroad because of its diversity, history, culture, people and travel opportunities. My top travel tips for Mexico is to always travel with friends – especially if you do not look Mexican – and always travel on a budget. Travelling with others means that your travel will be fun and safe and travelling on a budget will allow you travel even more if you do not spend too much on its trip. Also, do not plan all your trips beforehand; be spontaneous and sometimes you will see that it is better to travel with Mexicans on the last minute than to plan your travels with a tour operator. Last but not least, be open when you travel, from meeting local people, even though they might look different, funny or weird the first time you meet them, to saying yes to different food and flavours – even if this is brains, tongue or grasshoppers. 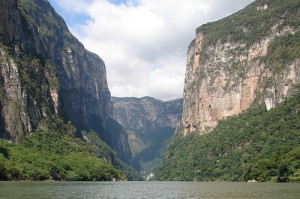 For further details on studying in Mexico or any of our Study Abroad destinations, please contact the International Development Team in the Business School.