Monday marked 4 weeks since the start of my first semester at the University of Otago, and just over a month since my arrival in New Zealand. I will use this blog to discuss some of my experiences so far, and I’ll continue to post throughout the year. 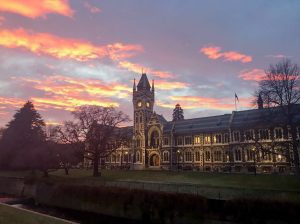 My application and planning began relatively casually during the spring of my first year studying economics at Exeter. At that time, the notion of studying abroad was an excellent conversation topic with older adults, but actually going felt pretty distant. After identifying Otago as my preference, completing each subsequent part of my application quickly made me appreciate the magnitude of my decision to apply.

Preparation began once I received the business school nomination to come to Otago, and I managed to stick to important deadlines pretty well. The harder part for me was considering all of the non-university things that I ought to sort before leaving: what to pack vs what to buy abroad, which insurance policy to take out, how I would arrange my finances etc. Leaving myself a free week before my flight was a great call, I was able to resolve a few issues, shop thoroughly, and check over my plans one last time. Luckily I caught some potential issues that would have been a lot harder to sort out if I was abroad.

Packing a year’s worth of belongings into one suitcase presented obvious challenges, not least trying to remember what winter felt like in the midst of a June heatwave. I am also lucky enough to be travelling amidst Brexit negotiations, and general British political turmoil, both of which have harmed our exchange rate. Following some research, I realised I ought to purchase several bulky items in England rather than abroad. Packing these things reduced my available packing space, but having seen prices here, it was definitely the right decision. 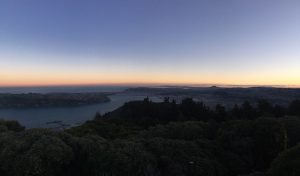 When I arrived in New Zealand, groggy from thirty-something hours of travel, the conditions felt almost arctic. That evening I made an awful decision to curl up in bed at 7pm, a mistake that I was reminded of every morning for the next week or so. The time difference and climate have been the biggest shocks I have experienced so far. Obviously customs, practices and lifestyles are a bit different, but nothing too hard to deal with. Coming to an English speaking country, I’ve had it easy in that respect.

The inbound exchange team at Otago have put on a bunch of events to meet other international students, they hosted 4th July celebrations, and several meet and greet type things since. Most exchange students are only here for a single semester, so have been trying to see absolutely everything in the time they have. I’m able to sit back a bit and evaluate whether outings might be better to do next term, if only for my wallet’s sake.

I have managed to take quite a few trips already, mostly driving out to places for hikes. The peninsula and harbour around Dunedin offer loads of walks and beaches, so I have taken my headed there when possible. Everything is ridiculously picturesque, so much of the landscape feels like I’ve stepped straight into some part of Middle Earth. 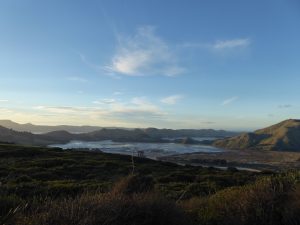 Almost all international students at Otago live in international houses, each house with a five or so exchange students and one Kiwi host. These houses are all in the student section of the city, some in mini complexes, but most are neighboured by other regular student houses. The Kiwi host is often a student returning from international study, and is there to help answer any questions. Everyone completes a character survey before coming, which the housing team use to try and match likeminded housemates and hosts.

I arrive midway through the academic year here, at the beginning of the second semester. This means that Otago have already had their equivalent of fresher’s week, O-week (Orientation week). But unlike Exeter, or any other British university I know of, there is a “Re-O week” at the start of this semester. There was another clubs and societies fair, and signing up for social teams was easy and ridiculously cheap. I joined social netball and football teams, the hiking club, snow sports club and university football club for less than £30 in total. The gym and most sports facilities are also totally free to use, only requiring your student ID to borrow almost any equipment you could want.

I have engaged with all the societies I joined, but this post is getting pretty lengthy, so I will leave that sort of thing till the next post and end this entry here. 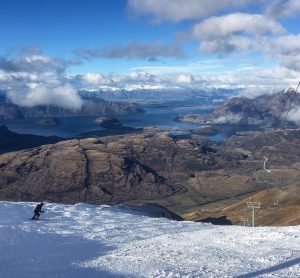