My biggest challenge during my year abroad was definitely learning Spanish. I had taken Spanish classes during my International Baccalaureate but had stopped when I came to Exeter. When I arrived in Spain, I was a very low B1 level. When I left, I was a high B2. In fact, I was a C1 in spoken Spanish as well. It took time and effort. Of course, you learn all the slang words first, which was the best introduction I could have hoped for. Living with three very talkative Spanish girls definitely helped. 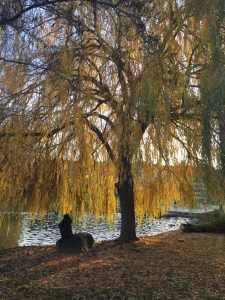 Spain is very religious country and the pilgrimage to Santiago De Compostela runs through Pamplona. The best holiday was definitely the 6th of January. Although not religious myself, I thoroughly enjoyed the Dia De los Reyes Magos. Everything is closed and everyone comes out to celebrate. All generations in Spain celebrate this more than our Christmas. I loved it because I got to celebrate Christmas at home with my family in December, and then celebrate it all over again in Spain! My Spanish housemates weren’t too keen on mince pies…

This happened at the very beginning of my year abroad. In fact, the very first day. I moved into my apartment on Calle Hierro Del Fuenta, which is very close to the pilgrimage walk and the university campus. The three girls I was living with have already moved in and we chatted as much as my Spanish would allow. Come 7 o’clock I made dinner. I remember the look on the girls’ faces when they saw me eating so early. Basically, for the first few days whilst I adjusted, my dinner time was their snack time, and my bedtime was their dinner time. It’s Spanish custom to eat around 9/9:30 in Spain. University lectures sometimes finished then too. This was the weirdest culture clash at first but very quickly became the thing I loved the most about Spain. 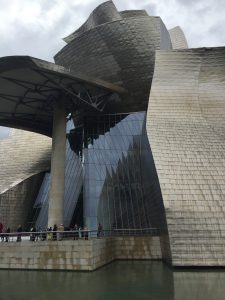 A very nice bottle of La Rioja red wine, a pile of summer clothes only appropriate for Spanish weather, and a handful of great friends from all over the world. 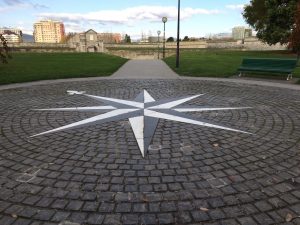 I did. It’s way cheaper to live in Spain than in the UK. Accommodation and food were good quality for the price that I paid. Going out was cheap as well. A pincho (picky snack the Spanish have in the evenings) and a glass of wine for €2 was a bargain! Cinemas have film festival days where tickets are a quarter of the price and travel isn’t too bad either. 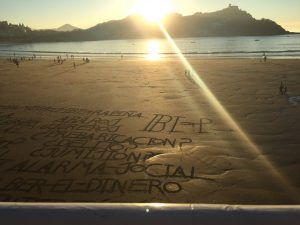 This year I’m living with four friends who did a year in industry. Some of us put time aside to search for properties and one of us who was based near London drove down to see the houses all in one day. It was difficult to coordinate but we found a lovely house very close to uni that everyone liked.

I always knew I would live and work abroad after I graduate but I was a little apprehensive as to how I might achieve it. My year abroad helped me organise the move to a foreign country and come back within the safety of the Erasmus scheme. I want to travel for work and being comfortable with change is really important for my career. I now know that I can quickly adapt to new environments – a skill I can confidently list on my CV. 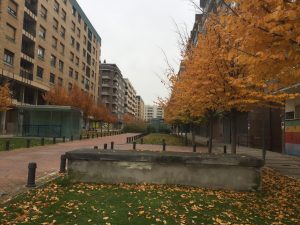