How four months have already felt like a year 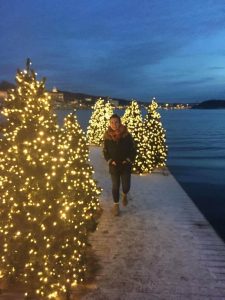 I am flying home for Christmas, and Oh baby it’s been cold outside. Let me tell you how excited I am to go back to a daily temperature that will be above 3 degrees. And even though I’m a bit sad to not have a White Christmas, currently All I Want for Christmas is to be reunited with my family and French food. On this Cold December Night I am torn between the feeling that I would’ve liked to stay longer with my friends to see how it was Beginning to look a lot like Christmas in Oslo,  but also the relief and need for me to be Home for Christmas.

Moving on from the cheesy (and terrible) previous paragraph, I wanted to write a blog about my first semester here in Oslo, as I am sure my second semester there will be drastically different.

The main takeaway I currently have in mind is the insane amount of things I have learnt. 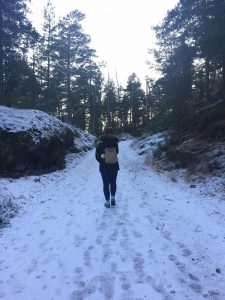 It goes from silly things such as learning how to walk down the street without slipping on the ice and breaking my neck or relearning how to explain where Exeter is on the map. Because no, saying Exeter does not spark a positive answer from anyone I’ve met so far.  I’ve been through the very real struggle of kindly explaining to people that there is not, contrary to popular belief, only London in the UK. South West of England leaves people more confused than anything else so I have resorted to saying that Exeter is south of Bristol because there is no other solution at this point other than actually pulling out Google Maps. (Shout out to that on person who actually knew where Exeter was as soon as I said it, made my day).

I have also learned other things, especially about Norwegians, their ways and their culture. So even though I don’t think I’ll every fully take on their manners, I have, myself, become the person that wonders ‘why on earth you would seat next to me on the bus if you can avoid it’, I eat brunost (which is brown cheese with jam on toast) for breakfast and  I say Skol! Every time I have the chance to. I am aware that this doesn’t make me any closer to being Norwegian. But I do feel a sense of belonging by tiny actions on a daily basis that are not my own, but very much theirs, that yet somehow feel right. 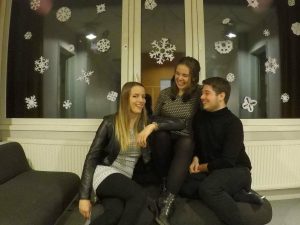 I was lucky enough to live with wonderful people this term that have also contributed immensely to the things I’ve learned. Starting with my two French Canadians with which I have shared, it feels like, everything and anything under the sun. From crazy nights out to difficult homesick times, from big trips together to movie nights at home, and from intense study season to relaxed ‘what do I do with myself’ time periods. I couldn’t be more grateful to have met them both and I will miss dearly when I come back next term as they have flown back home for good (which means more calculations to figure out Skype sessions depending on time zones, yay).

I have had the chance to also share the flat with two Norwegians. Having weekly conversations with them two has been one of the many highlights of this semester. They have seemed curious about my way of seeing their dear country. And honestly thank you to one of them for his patience because I must be the most annoying person to the outside eye. As I am very vocal about my impressions, opinions and so on, I have been able to ramble about all the things that baffle me about Norway and he wonderfully sits there, listens and laughs and will always try his best to give me somewhat of a valid explanation to my questions. To which sometimes he just looks at me in total despair and exasperation, probably thinking “Woman, that’s just how it is, what do you want me to say?” From these conversations with him and many others I feel like I am slowly grasping more and more this country and its wonderful differences. I guess I could say that I am finally settling in, to the best of my abilities.

One scary thought that does pop into my mind every so often is the fact that most of my friends if not all of them have left to not return. For some reason most people only stay one semester and I think this is something anyone considering doing a year abroad should be aware of. As far as BI and Oslo go, this is very much the case. I am lucky enough to be considered a little of a social butterfly, I find it easy to make conversation with people and building friendships. So starting this all over again in January isn’t filling me with unbelievable excitement, yet getting to meet and know more people is something I know I’ll enjoy. If this isn’t your case, then maybe consider only half a year.

However I strongly advise staying for one year if that doesn’t bother you (you’re welcome for the mixed messages). But this is because there is a wonderful feeling that comes with settling in. I already felt settled a few weeks ago, but knowing that after Christmas I’m going back to my room, my flat, my ways around the city and many small things, like where to get nice cheap-ish coffee and where to food shop and also where to see the best sunsets and not needing to figure out again is so nice to think about. So even though majority of the friendly faces will be gone, I know I’ll be settled in that place. Think about how it felt to come back in 2nd year in Exeter and how great it felt to know the place, like proper know it. Well that’s how I expect my second semester to go. 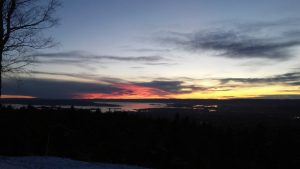 Honestly this semester abroad alone has felt like a year-long thing already, it’s insane. I have done more things in the city than people I’ve met that have been there for three years, I have travelled more this semester than I have in the past two years. I have seen two Scandinavian capitals, have seen memorable sunsets, have experienced what it’s like to live with snow for a few days in a row, I have had a crazy and unpleasant exam season, have made friends from every continent, have had my best friend surprise me, have received thoughtful care packages, met this one person I strangely/creepily had everything in common with, and above all I’ve met so many great people from all over the world. Overall I have to say this semester has been amazing. Packed with great moments of pure joy and laughter and other moments of slight despair and feeling a bit overwhelmed and lost. And the balance of both is so normal and a strong characteristic of every year abroad – as you, as well as I, have been able to read from the many abroad blogs from our friends. 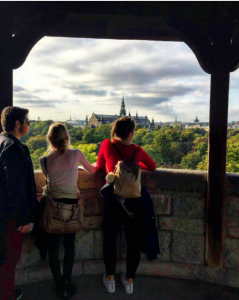 I think now looking into semester two it will be about managing expectations, again, but in a different way. I want to take this new semester as a whole new year abroad almost, make new friends, potentially start skiing to switch activities, find a new study spot and a new favourite coffee shop, make new traditions, stop going to the same part of town for shopping, etc. I want to have a balance between feeling as excited as the new exchange coming in and also have the peace of mind of knowing I know my ways (kind of) around the place.

So yes, as I reflect on term one I have learned a lot about myself (cheesy) and I can’t see how this year abroad will possibly further open my eyes on the world (cheesy) but somehow I know there is so much more in store next semester. In the meantime though I’ll enjoy my Christmas break doing NOTHING (because bless Norway and the lack of exam seasons in January) and on that note l wish you a merry Christmas.