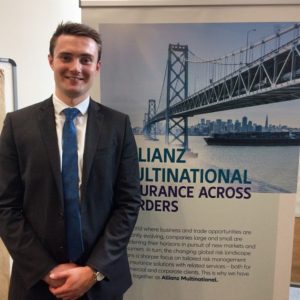 My third year was spent in Munich, Germany, where I initially spent six months studying, before working for the next six months. I undertook an internship at the global headquarters of a multinational insurance company and I can’t imagine my year abroad without this time in work – I fully recommend working abroad when given the opportunity!

Finding an internship in a foreign country isn’t easy, but it’s worth the hunt. I was fortunate that I had completed an internship with the company’s UK subsidiary in the summer before going to Germany, so I was put in contact with someone in Munich. Before this was confirmed, I also applied for numerous internships around Germany, ranging from insurance positions to banking and fintech. Attending interviews is daunting for most of us, but once you’ve done some in another country, they don’t seem so bad any more. On top of the insurance internship, I received two other offers, showing that it is possible to find work abroad (even if you do say something silly in German at the interview). 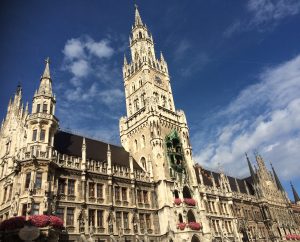 That leads me nicely onto foreign language fears. I was never required to work in German (unless I wanted to) and my colleagues in the department all spoke perfect English. This is the same at most multinational companies across Europe, so these are the ones I’d recommend applying to. These companies are also the most used to taking on interns and are better catered to do so.

So, what would you actually gain from working abroad? From a social perspective, it is easy to get caught in an ‘Erasmus bubble’ while studying. The friends you make are mostly exchange students, too, and in my case, most came from English-speaking countries (Ireland, Canada, the UK etc.). This isn’t the case for everyone, however meeting and befriending local people seems to be the biggest challenge for most Erasmus students, despite it being top of most people’s aims for the year. When working in the country, you are surrounded by local people every day; problem solved! The younger colleagues become a new friendship group and the older ones help you build an international professional network. The people I worked with in Germany became some of the best friends I made there. I still talk to them regularly and we are now planning trips and holidays together. 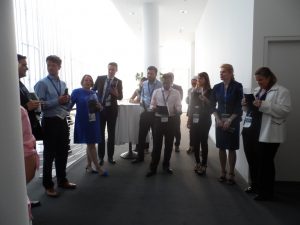 From an employability viewpoint, the first thing all employers and interviewers have asked me about since coming back to the UK is the internship in Munich. They rarely see candidates with international experience, which sets you apart immediately. Working abroad requires quick adaptability to the norms and culture of the place you work, something graduates without international experience may not have. It also shows an open-mindedness to new situations, a willingness to take a chance and a level of independence that young professionals are often accused of lacking. If things go well during your placement, you may even be offered a job at the end of it. I was offered a role both in Munich and in London through my internship, highlighting the employability benefits of working abroad.

The academic-style report you are required to write allows you to delve deeply into an area of the industry you really find interesting. Insurance at the best of times isn’t the most exciting topic, yet I was able to write about the relatively under-examined Islamic insurance provision in the Middle East, using a real-life project that I was involved in as a primary source.

If you’re on the fence about working abroad, do it. The worst case is that you don’t get an internship, so you study for the full year instead and still have a great time. In the best scenario, you return with a bunch of new skills, a story to tell employers and fantastic memories with your new international friends. 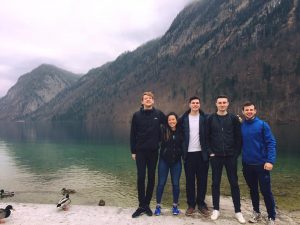