In April 2021 Reuters identified and ranked 1,000 climate scientists according to the influential power of their research. Six Global Systems Institute, University of Exeter members made the top 100. The following introduces them through a current research publication. 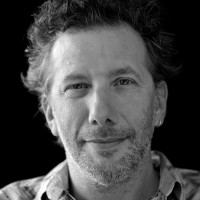 Five years after the adoption of the Paris Climate Agreement, growth in global CO2 emissions has begun to falter. The pervasive disruptions from the COVID-19 pandemic have radically altered the trajectory of global CO2 emissions. Contradictory effects of the post-COVID-19 investments in fossil fuel-based infrastructure and the recent strengthening of climate targets must be addressed with new policy choices to sustain a decline in global emissions in the post-COVID-19 era.

Publication: Carbon loss from forest degradation exceeds that from deforestation in the Brazilian Amazon-Nature Climate  Change 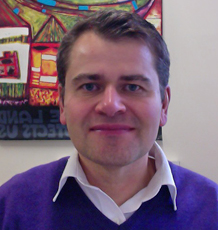 Spatial–temporal dynamics of aboveground biomass (AGB) and forest area affect the carbon cycle, climate and biodiversity in the Brazilian Amazon. Here we investigate interannual changes in AGB and forest area by analysing satellite-based annual AGB and forest area datasets. We found that the gross forest area loss was larger in 2019 than in 2015, possibly due to recent loosening of forest protection policies. However, the net AGB loss was three times smaller in 2019 than in 2015. During 2010–2019, the Brazilian Amazon had a cumulative gross loss of 4.45 Pg C against a gross gain of 3.78 Pg C, resulting in a net AGB loss of 0.67 Pg C. Forest degradation (73%) contributed three times more to the gross AGB loss than deforestation (27%), given that the areal extent of degradation exceeds that of deforestation. This indicates that forest degradation has become the largest process driving carbon loss and should become a higher policy priority.

“Yet our study shows how emissions from associated forest degradation processes can be even larger.

Carbon dioxide has continued to build up in the atmosphere and is now 50% higher than before the industrial revolution. The latest measurements released by the Scripps Institution of Oceanography, UC San Diego  show that the atmospheric CO2 concentrations at Mauna Loa Observatory, Hawaii, are now at record levels. The average for March 2021 was 417.14 parts per million (ppm), which is 50% higher than the average for 1750-1800. Independent measurements by NOAA also show record CO2 levels. The Met Office predicts monthly CO2 concentrations in 2021 to peak at 419.5 ± 0.6 ppm in May (Figure 1). This is despite a temporary reduction in global emissions last year due to the Covid-19 pandemic. 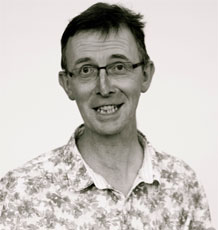 Political dynamics across scales are often overlooked in the design, implementation and evaluation of environmental governance. We provide new evidence to explain how interactions between international organizations and national governments shape environmental governance and outcomes for 238 World Heritage ecosystems, on the basis of a new intervention–response–outcome typology. We analyse interactions between the United Nations Educational, Scientific and Cultural Organization and 102 national governments responsible for implementing ecosystem protection under the World Heritage Convention between 1972 and 2019. We combine data on the reporting, deliberation and certification of individual ecosystem-level threats, with data on national governance quality, economic complexity and key stakeholder perspectives. We find that the extent of threatened ecosystems is seriously underestimated and that efforts to formally certify threatened ecosystems are often resisted by national governments. A range of responses to international intervention, including both productive and counterproductive responses, generates material impacts at the ecosystem level. Counterproductive responses occur in nations dependent on limited high-value natural resource industries, irrespective of overall level of economic development. We identify new political approaches to improve environmental governance, including how to overcome the problem of regulatory capture. Our findings inform how we can better anticipate and account for political dynamics in environmental governance. 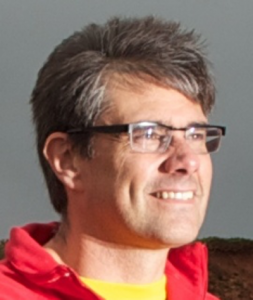 Carbon cycle feedbacks represent large uncertainties in climate change projections, and the response of soil carbon to climate change contributes the greatest uncertainty to this. Future changes in soil carbon depend on changes in litter and root inputs from plants and especially on reductions in the turnover time of soil carbon (τs) with warming. An approximation to the latter term for the top one metre of soil (ΔCs,τ) can be diagnosed from projections made with the CMIP6 and CMIP5 Earth System Models (ESMs), and is found to span a large range even at 2 °C of global warming (−196 ± 117 PgC). Here, we present a constraint on ΔCs,τ, which makes use of current heterotrophic respiration and the spatial variability of τs inferred from observations. This spatial emergent constraint allows us to halve the uncertainty in ΔCs,τ at 2 °C to −232 ± 52 PgC.

“We have reduced the uncertainty in this climate change response, which is vital to calculating an accurate global carbon budget and successfully meeting Paris Agreement targets.”

All options, not silver bullets, needed to limit global warming to 1.5°C: a scenario appraisal – IOPscience 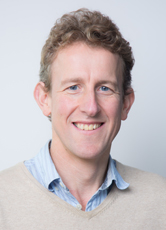 Climate science provides strong evidence of the necessity of limiting global warming to 1.5°C, in line with the Paris Climate Agreement. The IPCC 1.5°C special report (SR1.5) presents 414 emissions scenarios modelled for the report, of which around 50 are classified as ‘1.5°C scenarios’, with no or low temperature overshoot. These emission scenarios differ in their reliance on individual mitigation levers, including reduction of global energy demand, decarbonisation of energy production, development of land-management systems, and the pace and scale of deploying carbon dioxide removal (CDR) technologies. The reliance of 1.5°C scenarios on these levers needs to be critically assessed in light of the potentials of the relevant technologies and roll-out plans. We use a set of five parameters to bundle and characterise the mitigation levers employed in the SR1.5 1.5°C scenarios. For each of these levers, we draw on the literature to define ‘medium’ and ‘high’ upper bounds that delineate between their ‘reasonable’, ‘challenging’ and ‘speculative’ use by mid century. We do not find any 1.5°C scenarios that stay within all medium upper bounds on the five mitigation levers. Scenarios most frequently ‘over use’ carbon dioxide removal with geological storage as a mitigation lever, whilst reductions of energy demand and carbon intensity of energy production are ‘over used’ less frequently. If we allow mitigation levers to be employed up to our high upper bounds, we are left with 22 of the SR1.5 1.5°C scenarios with no or low overshoot. The scenarios that fulfill these criteria are characterised by greater coverage of the available mitigation levers than those scenarios that exceed at least one of the high upper bounds. When excluding the two scenarios that exceed the SR1.5 carbon budget for limiting global warming to 1.5°C, this subset of 1.5°C scenarios shows a range of 15-22 Gt CO2 (16-22 Gt CO2 interquartile range) for emissions in 2030. For the year of reaching net zero CO2 emissions the range is 2039-2061 (2049-2057 interquartile range).

“This calls for an immediate acceleration of worldwide action to reduce greenhouse gas emissions by all available means,”