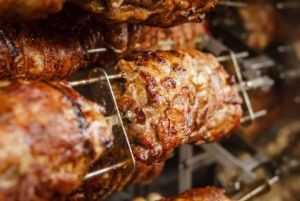 Research coming out of the University of Exeter has found that feelings of disgust towards meat, something previously only thought to exist in vegetarians, might play a key part in how much meat omnivores and flexitarians eat. The impact of livestock farming on our climate and global ecosystems presents an urgent challenge to reduce the consumption of meat. More and more research is now aimed at finding factors that help people reduce their meat intake.

In a new study published in the journal ‘Appetite’:Meat disgust is negatively associated with meat intake – Evidence from a cross-sectional and longitudinal study’ Elisa Becker and Prof Natalia Lawrence surveyed over 700 people and measured their meat intake levels, and different predictors thereof – including two measures of meat disgust. Surprisingly, meat intake levels were predicted to an extent by feelings of meat disgust, even in omnivores and flexitarians:

“We found that 3% of omnivores and 15% of flexitarians experience what we would class as robust levels of meat disgust.”

This novel finding could be a game changer for future meat consumption interventions. Based on the findings, the researchers say harnessing the “yuk factor” may be more effective than relying on willpower for anyone who wants to eat less meat. Elisa Becker, of the University of Exeter said:

“We were surprised to find that so many people are grossed out by meat – even people who eat meat all the time,”

Prof Natalia Lawrence who is part of the Global Systems Institutes has previously developed interventions that aim to increase people’s control over impulsive food choices, including meat. Together with Elisa Becker, she is now looking to combine these interventions with an element of disgust. She said:

“not everyone wants to reduce their meat consumption — but for those who do, we are working on computer tasks that might help them harness the power of disgust in a fun way.”