Jo Little, Shuks Esmene, Catherine Leyshon and Michael Leyshon, researchers at the University of Exeter, have been working on a new paper about loneliness which we introduce below. It’s one of the key issues for the rural ageing population in our study, and it’s particularly on our minds as we post, as it was recently Mental Health Awareness Week in the UK, and loneliness was the theme. For some practical tips on coping with loneliness in later life, the Mental Health Foundation has created a toolkit which you can access here.

Over recent years there has been growing recognition from government, policy makers, academics and the public of the significance of loneliness within contemporary society and with the associated deep and enduring negative consequences for wellbeing and quality of life. For example, a recent study characterises loneliness’s societal impact as follows: “Social isolation and loneliness has been classed as a major public health concern due to its negative physical and mental health implications, and living in a remote or rural area is a prominent contributing risk factor”. Loneliness has been referred to by the UK Minister for Loneliness as one of the greatest challenges of our time.

While the visibility of loneliness has increased substantially, and more understanding exists concerning its links to health, there are still important gaps in current research which we will explain and develop in our paper. We aim to develop critical scholarly understandings of loneliness that go beyond measurable indicators and risk factors (such as living in rural settings and mobility issues). While such indicators and risk factors are important in producing an overview of loneliness’s causes and impacts, loneliness is increasingly seen as not simply an individual problem and an issue that manifests due to a combination of risk factors, but as more inherently social, cultural and relational. As Geographers we are mindful of the difference that space and place make in both conceptual understandings of loneliness and its manifestation as a lived experience.

As we write, we begin with a review of the study of loneliness, summarizing some of the findings of what have been perhaps more traditional attempts to identify and measure experiences of loneliness. This provides an understanding of key trends but acts more as a springboard for the next part of the paper in which we, first, provide an improved conceptual understanding of loneliness as a dynamic part of the human condition, the definition of which derives from a set of cultural expectations as much as a lived experience which is embodied and performed in everyday life. We ask what is the connection between the apparent ‘epidemic’ of loneliness and the human condition in a world characterised by endless connection?

Second, and in a linked point, we call for more work on the multiple, shifting ways in which loneliness forms part of the lived experience. Much research implies a somewhat uncritical view of loneliness as a binary condition of being or not being lonely. This has implications for the sorts of solutions that are provided by governments, charities, communities, and individuals, which sometimes tackle ‘aloneness’ rather than ‘loneliness’. Loneliness has temporal and spatial dimensions, it comes and goes, can be experienced in a crowded place or when alone, has causes that are both identifiable and elusive, is linked to a sense of self and the place of the self in the community and wider society. Ultimately, loneliness should be understood as a profoundly subjective experience. Building on and developing Franklin’s 2009 paper, ‘On Loneliness’, we provide a critical examination of the key ‘taken for granted’ characteristics of loneliness. This will explore how loneliness is felt and experienced in contemporary society – and in particular how it relates to social bonds.

Our paper argues that a focus on space is a critical part of the complex jigsaw of loneliness – not simply that loneliness occurs more in some places than others – rather, that place can be central to the ways in which loneliness ‘sticks’ to identity. To explore these issues, we take as our focus rural spaces and the particular relationship between the constructions and contradictions of rurality and loneliness as part of its lived reality. 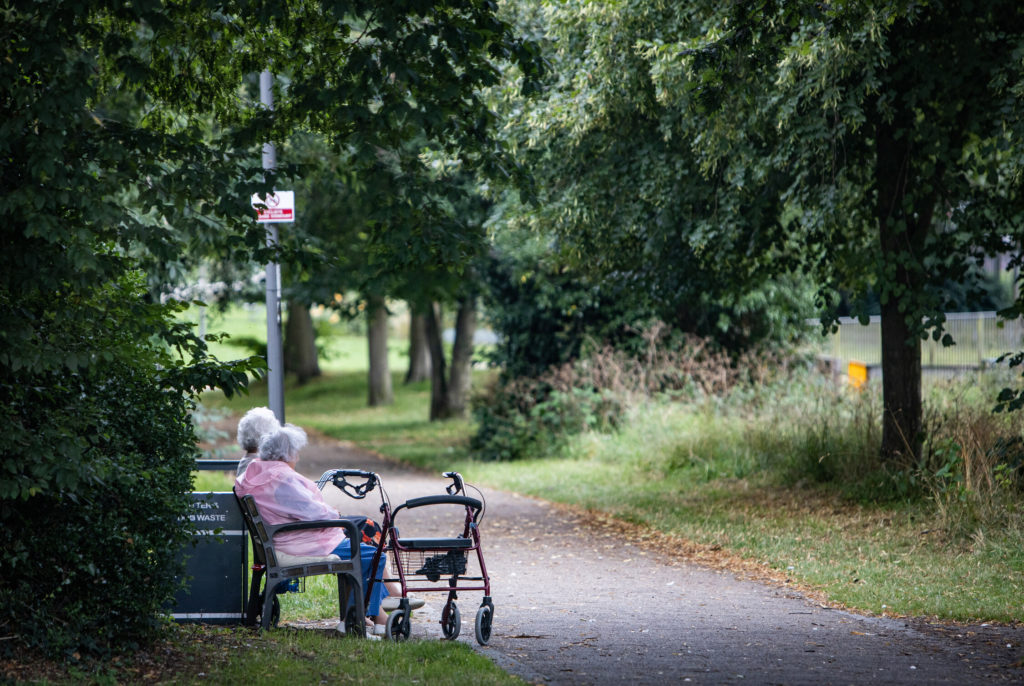