Dr Kyriaki Hadjiafxendi and Professor John Plunkett, from the English Departments of  Bath Spa and Exeter Universities respectively, talk about their ‘Science at the Seaside’ project which focuses on environmental tourism in North Devon during the Victorian and Edwardian periods. 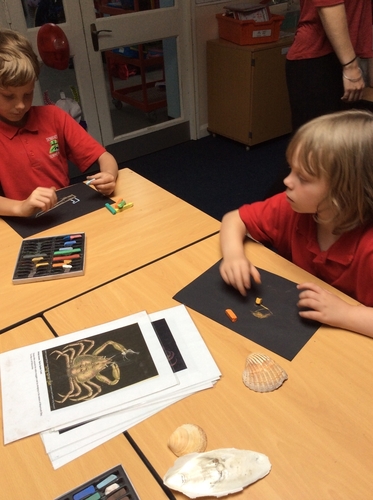 If you thought that the Victorian seaside was just about Punch and Judy, promenades, and amusement machines, think again. Before the heyday of Devon’s tourist resorts, its coast was a place of discovery and inspiration, somewhere to visit and enjoy a hands-on engagement with the environment. We strongly believe that the rich history of scientific and literary writing about the North Devon coast deserves to better known and celebrated. In 2013, we received a grant of £30k from North Devon Fishery Local Action Group (FLAG) to work on the public engagement project ‘Science at the Seaside: Pleasure Hunts in North Devon’. Our aim was to highlight a neglected aspect of south-west heritage; namely, the growth of seaside science and environmental tourism in North Devon during the Victorian and Edwardian periods.

Our interest in this area was kindled by our research and teaching interests in literature, landscape and the environment. The primary investigator on the project, Dr Kyriaki Hadjiafxendi (Bath Spa University), is a specialist on the Victorian novelist George Eliot, who wrote her first collection of short stories, Scenes of Clerical Life (1857), while accompanying her partner, George Henry Lewes, to Ilfracombe to gather material for his work, Sea-side studies at Ilfracombe, Tenby, the Scilly Isles, and Jersey (1858). What was it that led two of the foremost versatile figures of the age to choose the West Country for their holidaymaking in 1856? North Devon was not the most obvious and accessible location for metropolitan intellectuals, who would have to travel by rail and then coach for many hours to reach Ilfracombe. Intriguingly though, Eliot and Lewes were far from alone as an increasing number of middle-class tourists made their way to Devon. 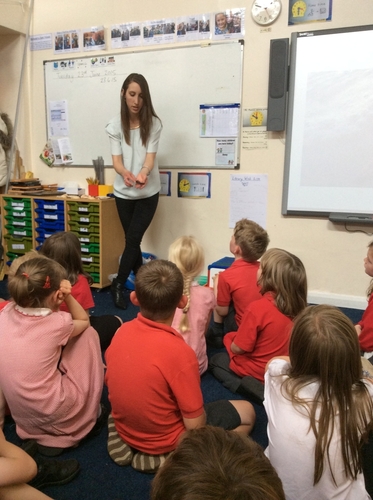 Anna-Marie Linnell teaching the ‘Science at the Seaside’ project at Denbury Primary School, near Newton Abbot.

The research of the co-investigator on the project team, Professor John Plunkett (University of Exeter), is concerned with the growth of Victorian popular science across the south-west. Natural history was a popular Victorian leisure pursuit. At a time when the population of towns and cities were expanding enormously, there was a contrary desire to research and explore the natural environment. The rockpools, beaches and marine biodiversity of North Devon attracted many individuals, literary and scientific, local and distinguished. In addition to Eliot and Lewes, those helping to popularize North Devon included other well-known writers such as Charles Kingsley and the naturalists Philip Gosse and George Tugwell, all of whom published accounts of their explorations. The rich history of writing about the North Devon coast played an important national role in the national growth of popular science in the Victorian period.

Ilfracombe and the surrounding area developed its own niche brand of tourism. As the North Devon Journal declared in 1871:

Like pebble-hunting at Hastings, Ilfracombe has also its speciality of amusement — natural history; everyone hunts for anemones, sea shells, and sea weeds, and everyone has got an aquarium. If you wish to stand well with Ilfracombe society you must, if not already in love with its marvellous beauties, go in for natural history.[1] 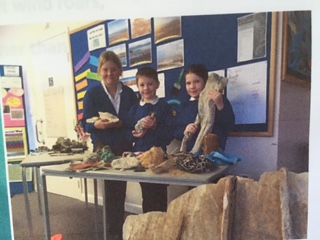 Year 5 pupils from Littleham C of E Primary School, Exmouth, holding some of the sea objects upon which they based their stories.

‘Seaside science’ was so popular because it accorded with the contemporary belief in ‘rational recreation’ – the notion that leisure time should be used in a way that was both educational and entertaining. With this mind, we used our FLAG grant to create a programme of activities with Ilfracombe Museum in a similar spirit of experiential learning. The organised events included a number of hands-on, family activities, ranging from Victorian rockpool rambles and handicraft workshops to marine collages, nature writing retreats and a symposium on ‘Curious Objects’. Over 400 children attended the family activities in 2013; around 18,500 visitors have seen a new permanent exhibition on seaside collecting we curated at Ilfracombe museum since it opened in April 2014.

The success of the museum education programme motivated us to extend our activities into schools. Thanks to funding from Bath Spa and Exeter Universities, we were able to design workshops for Devon junior schools to be delivered by PhD students. We were amazed at the interest shown by junior school teachers; we also found ourselves in a new world of Key Stage 2 learning outcomes, national curriculum objectives and the challenge of translating our research into 2-3 hour workshops suitable for years 3-6 students. What knowledge can you expect of these age groups? Can you relate the Victorian passion for natural history to the children’s own curiosity about the seaside? 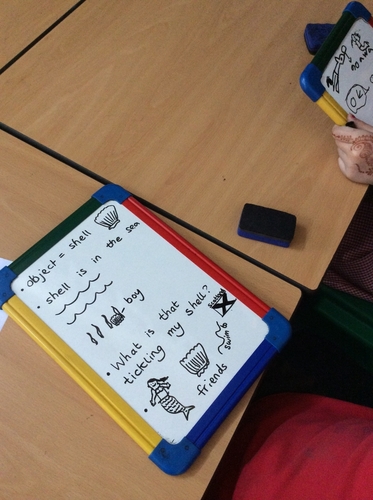 Working with schools was a steep learning curve but it ended up being a fantastic and engaging experience for all of us. Stephanie Devoy, a teacher from Lifton Community Primary School, has told us that the children ‘loved exploring the objects, creating their pastel drawings and starting their stories. . . . people outside of school coming in to interact with the children is an invaluable experience in itself and heightens the “cultural capital” for all.’ We have been working with 17 schools this year and we delivered workshops to circa 1000 pupils at Bassetts Farm, Cockwood, Dartmouth, Ermington, Halwill, Horwood and Newton Tracey, Littleham, Marwood, Newton Ferrers, and Pilton Blue, among others.

The school workshops were very much a collaborative effort and we are enormously grateful to the Exeter University Outreach Officer, Dr Rosalind Leveridge, as well as the workshop leaders who helped us to continuously improve them (Sophia David, Georgina Hunter,  Anna-Marie Linnell, Tamara Sharp). As Sophia commented, participation in the project demonstrated both the fun and the employability skills that public engagement can foster:

Science at the Seaside was a very rewarding project to be involved in. Working with primary school children across Devon was an entirely different experience from my usual doctoral activities. . . . I quickly found that primary school students are full of wonderful, imaginative and original ideas and it was not such a difficult task, after all. Teaching the children was a more reciprocal experience than I had anticipated. The workshops aimed to develop ideas about the significance and value of the pupils’ local seaside through art and creative writing. Yet, the insights that they shared gave me an entire new perspective on these notions.

We already have a line up of new schools that have expressed an interest in participating in the project in 2015-16. We are in the process of developing a web resource that will continue to inspire curiosity and interest in the coastal heritage of Devon and can be used for teaching activities (which will supplement a digital eHive of ‘curious’ objects created at Ilfracombe Museum as part of the FLAG project).

For more information on the project, the school workshops, the teachers’ training days, or the e-learning resource, please contact Kyriaki Hadjiafxendi (k.hadjiafxendi@bathspa.ac.uk) or John Plunkett (j.plunkett@ex.ac.uk). You can now follow us on Twitter @ScienceSeaside for new developments on the project.

PhD student and creative writer, Tamara Sharp, talking about her experience of working on the project.

Dr Kyriaki Hadjiafxendi is Senior Lecturer in the Department of English at Bath Spa University; she is also the programme leader of the MA in Literature, Landscape and the Environment. Her research interests are in Victorian women, work and art as well as literature and place; her publications include Crafting the Woman Professional in the Long Nineteenth Century: Artistry and Industry in Britain (Ashgate, 2013), What is a Woman to Do? A Reader on Women, Work and Art, c. 1830-1890 (Peter Lang, 2011), and Authorship in Context: From the Theoretical to the Material (Palgrave, 2007). She has now embarked on a new book project on nineteenth-century women, place and creativity, which explores the material practices of interior design through which middle-class women claimed recognition of their (taste in) art and makes an argument about how they form part of a broader narrative about the way in which transnational ways of thinking and living entered British culture.

John Plunkett is Associate Professor in the Department of English at the University of Exeter; he is also Director of the Centre for Victorian Studies. His publications include Queen Victoria – First Media Monarch (OUP, 2003), the co-edited, with Andrew King, Victorian Print Media: A Reader (OUP, 2005) and Popular Exhibitions, Science and Showmanship 1820-1910 (Pickering and Chatto, 2012), co-edited with Joe Kember and Jill Sullivan. He is currently working on a book of nineteenth-century visual entertainments, covering the panorama, diorama, peepshow and magic lantern, provisionally entitled, Picture Going: Popular: Popular Visual and Optical Entertainments 1820-1914.

One thought on “‘Science at the Seaside’: Experiential learning and public engagement”