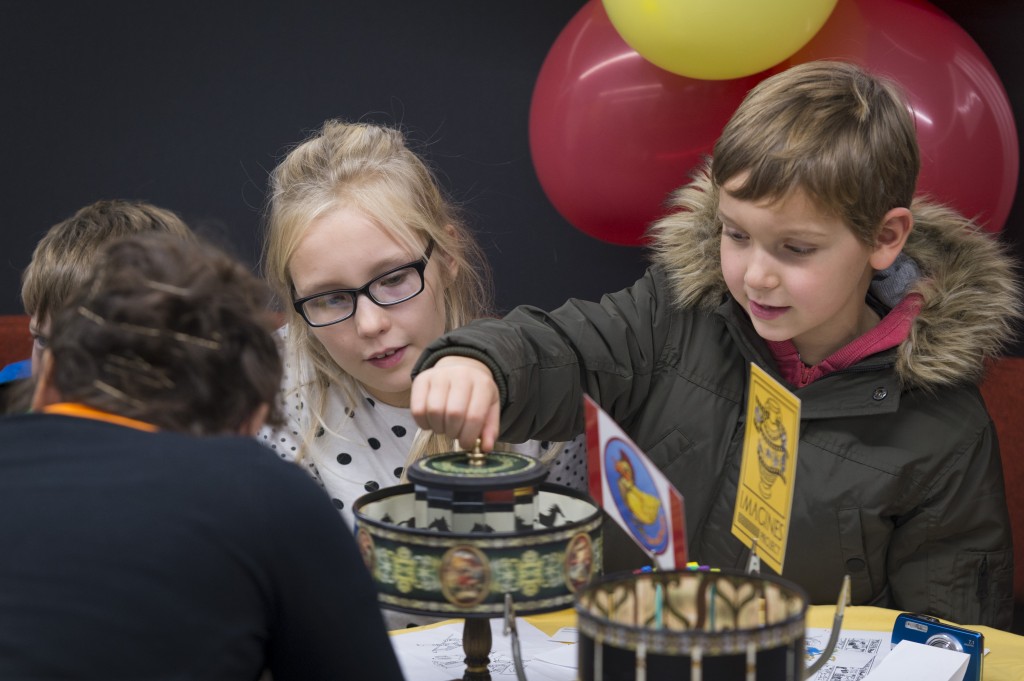 On Saturday 14 November visitors to Exeter Library had the chance to visit IscaPark, a simulated theme park inspired by Exeter in Roman times. Part of the Being Human festival, the one day event offered hands-on activities, screenings, and installations corresponding to different sections of a theme park.

Attractions included a ride on the roller coaster “Colosseum Wagon Race”, a Scavenger Hunt with ducks Lostus and Foundus, and authentic Roman food at the “Table of Deliciae”. The youngest visitors particularly enjoyed hooking the Roman ducks at the “Roman Duck Hunt”, digging for artifacts at the archaeological excavation, and learning about early moving pictures at “Epona’s Carousel”. 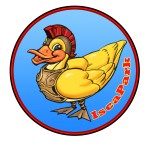 As they encountered the various elements of IscaPark, member of the public were invited to use their imagination and engage in role-playing, taking on the personas of typical theme park visitors. Visitors had a lot of fun, one of them even claimed that this “was the best day he ever had at the library!”.

Anka Djordjevic, Public Engagement Manager, who led on the University of Exeter’s participation in the Being Human 2015 festival commented, “It was great to see so many library visitors take part in the activities, it was clear that they were enthusiastic having fun. You could see faces of young visitors lit up with joy as they took part in the duck hunt and archaeological dig, while school-age children were eager to ask questions and learn about the Romans. We are very grateful to the library for hosting the event on a busy Saturday. We’ve had about a thousand people take part in various events during the Being Human festival, and we will continue to work with cultural organisations such as Exeter Library to open up our research to the public.”

The Being Human event was organised by Dr. Filippo Carlà, Dr. Florian Freitag, Ariane Schwarz and Sabrina Mittermeier, who are working on a project funded by the German Research Foundation called “ Here You Leave Today – Time and Temporality in Theme Parks”. Sabrina Mittermeier commented, “we encouraged visitors to reflect with us on the relevance today of what they were experiencing, and we were thrilled to be able to show our research in such an engaging way as part of the Being Human Festival 2015!”

The Being Human Festival s the UK’s only national festival of the humanities.

Dr. Filippo Carlà is a lecturer in Classics and Ancient History at University o Exeter whose research interests lie mostly in Roman history, with a particular focus on Late Antiquity. He is also, together with Dr. Florian Freitag, the founder of the above mentioned project on “Here You Leave Today – Time and Temporality in Theme Parks”.

Dr. Florian Freitag is Assistant Professor of American Studies at Johannes Gutenberg Universitaet Mainz, whose research interests include regionalism in North America, literatures and cultures of Louisiana, and of course, theme park studies.

Ariane Schwarzis a stage designer and doctoral student in theatre studies at the University of Hildesheim (Germany). As part of the project “Time and Temporality in Theme Parks“, her dissertation discusses a new concept of “involvement” which fits  theme parks as well as theatre performances.

Sabrina Mittermeier, M.A., is a research assistant at Johannes Gutenberg Universitaet Mainz, as part of the above mentioned theme park project, and is working on her PhD thesis on „Disneyland: The Epitome of Postmodernism? –  A History of the Park and its Variations from 1955 to 2016”, based at LMU Munich.

Singing the Past is an event with Dr Freyja Cox Jensen, Lecturer in History at the University of Exeter, and her brother, Dr Oskar Cox Jensen, Research Fellow at King’s College London, running as part of the Being Human Festival 2015. In the post below, Dr Oskar Cox Jensen asks, Where has all the singing gone?

We may think that we are surrounded by song as never before – in shops, on television, at sporting events, and of course in the privacy of our headphones, commuting to work, exercising, or simply strolling down the street.

But it was in the age before recorded sound that song mattered most to people’s lives: before CDs were spun or Spotify streamed, music was something you had to make. 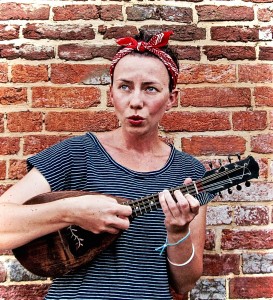 To take that list above: as the tradition of ‘London Cries’ makes clear, goods and services used to be sold with a song, the milkmaid using one tune, the dustman another. Popular entertainment was stuffed with songs, especially in the theatre, where this was normally demanded by law. Even a tragedy would end with the latest hit and a dance, to send people away with a smile on their face and a song on their lips. Work song, on farms or factories, was crucial to the existence of millions, whilst Victorian children’s exercise was organised by communal singing. It was in the street that you heard the most singing, from buskers, as time went on, but for centuries, by ballad-singers, the people who sold you the words and taught you the tune of a song: all-in-one human jukeboxes, record shops, and songbooks. And at home, in the pub, on the road, if you wanted to hear one of these songs, you sang it yourself.

It is perhaps only in sport – think of the crowd at a football match – that this age-old involvement with singing lives on, with rival crowds showing both their support and their enmity with crude or clever parodies. In the past, parody was the main source of new songs: fitting new words to existing tunes. 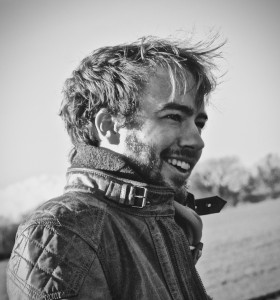 In modern times, parodies tend to be comic (Monty Python, Weird Al Yankovic, and, er, Chris Moyles), but they could also be serious. Because no specific musical skill was needed to adapt a song’s lyrics, this meant songwriting was something everyone could participate in, making it in a very real sense the art-form of the people.

Clearly, songs still matter to people. Look at the fuss over Jeremy Corbyn not singing ‘God save the Queen’; at the student nightclubs when whatever this year’s ‘Sex on Fire’ or ‘Mister Brightside’ comes on; at the frankly disconcerting love people show for Les Mis. And people really, really love karaoke. Even – especially – those who can’t sing. Song electrifies brain, body, and soul (whatever that is) in a way nothing else can, and has always done so.

Just as looking at the past connects us to song, so song connects us to the past. People used to sing about everything: the love, sex, and money that make up most hits today, but also murder, politics, shipwreck, death, ghosts, God, theft, war, adventure, work, race, justice, drink – the list goes on. All the stuff of life that mattered to children, men, women, the stuff that didn’t make the history books, went into songs. Anyone interested in the past of this country, in music, or in the lives of ordinary people, would do well to look at their songs. Except ‘look’ is the wrong word. There’s really only one way . . . and that’s to sing them.

Dr. Oskar Cox Jensen recently wrote an article that appeared in the New Statesman about Jeremy Corbyn’s decision to not sing the National Anthem and how this can be regarded within a political historical context.

Dr Catherine Rider, Senior Lecturer in History at the University of Exeter, talks about Magic: from the Inquisition to Harry Potter, an event being held as part of the forthcoming Being Human festival of humanities. 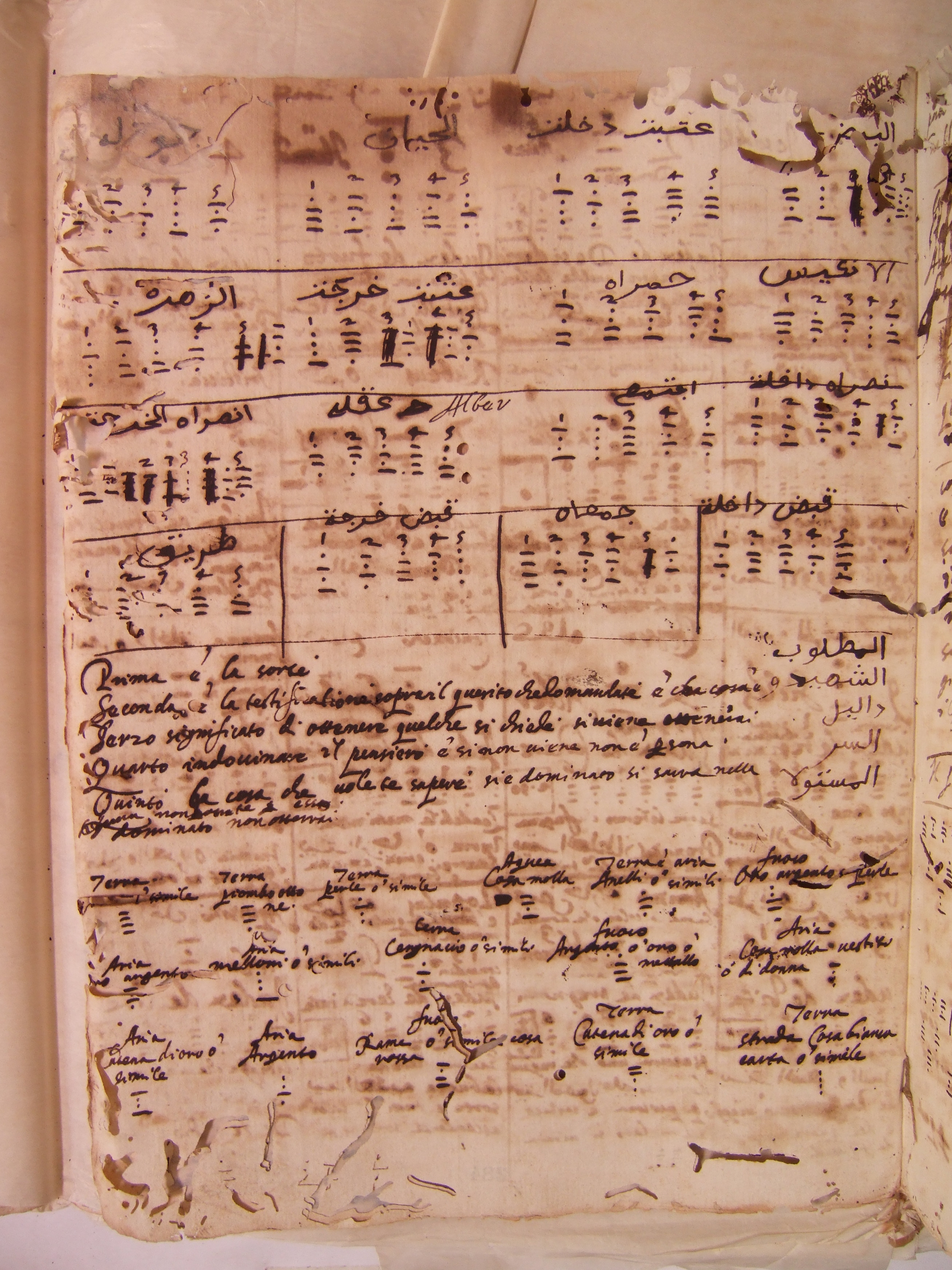 In the first of several events being held in and around Exeter as part of the Being Human festival, a group of academics from Humanities and the Institute of Arab and Islamic Studies, and guest speakers from outside Exeter, will be talking about magic.  Magic has been a source of fascination in many different cultures for centuries, and the success of novels like the Harry Potter series show that that interest hasn’t gone away.  But what is it about magic that fascinates people?  And what, if anything, do the modern stereotypes of magic we see at Hallowe’en (complete with potions, pointy hats and broomsticks) owe to the real experiences of the men and women who believed in magic, practised it, or were accused of witchcraft, in the past?

The debate will use as a starting point an Exeter-based project funded by the Arts and Humanities Research Council on ‘Magic in Malta, 1605: the Moorish Slave Sellem bin al-Sheikh Mansur and the Roman Inquisition’.  This project, which is being led by Professor Dionisius Agius in the Institute of Arab and Islamic Studies, with Dr Catherine Rider in the College of Humanities, examines the case of Sellem bin al-Sheikh Mansur, a Muslim slave living in Malta who was put on trial for witchcraft by the Inquisition in 1605. The detailed trial record tells us much about Sellem’s life, and about magical beliefs and practices in Malta among both educated and uneducated people.  It also includes several magical treatises that Sellem was accused of using to teach magic to Christians. Dr. Catherine Rider comments,”It is great to be able to share Sellem’s story with new audiences, and to discuss with the public why magic is still such a source of fascination”.

In the debate we will tell Sellem’s story for the first time, and use it as a starting point to think about a series of broader questions about magic: Why did people believe in magic, and do it?  How typical were the accusations made against Sellem and how do they correspond with beliefs and practices that were current in Europe, or in Sellem’s native north Africa?  Can we draw connections between historical cases of magic like this one, and images of magic and magicians in our own time?

‘Magic: from the Inquisition to Harry Potter’  is being held at Exeter Community Centre, St David’s Hill, on Thursday 12th November from 7pm-8.30pm, in partnership with the Devon Global Centre and the Exeter branch of the Historical Association.   Entry is free but advance booking is recommended.