Do you like being part of your academic community? Do you feel that talking to people in your field is inspiring? Maybe you should be on a Committee…

So, last year when the chance to join the Society for Theatre Research’s New Researcher’s Network  came up, it seemed a good opportunity. I had the chance to meet and work with like-minded people with the aim of trying to think about some of the ways we could make being a PGR or ECR in the field of performance easier.

For me it also represented something slightly different: an opportunity to bring my old professional life and my newer academic life into conversation. Previously I had been a marketer who ran events and managed communications, including social media. This set of skills was something that the NRN needed, so it felt like a good way to contribute something useful.

Since I joined the NRN I’ve worked with the other person responsible for social media and publicity to set up our own blog  focused on providing useful reflections on personal experiences of research eg the ‘I-wish-I’d-known-this-when-I-started’ or descriptions of moments that changed people’s perspectives on their research. I’ve also started to organise a symposium that has given me the chance to draw on personal connections for mutual benefit, eg publicising an archive I love and drawing on the expertise of some of my personal connections. There is also something interesting in observing how these types of organisation work.

I think this is probably the key to deciding if you want to be part of a committee like the NRN. You need to be prepared to give something as well as to work out what is in it for you. For me a lot of the experience I have had has been in a range of industries such as corporate events, civil engineering/construction services (sexy!) and the charity sector. Being a part of a field-specific committee has allowed me to use those skills and make them more relevant to the academic context I am now working in, whereas for you it might be gaining them for the first time. It has also widened my network to include some great people who I am now working with who I might not have met because are research doesn’t overlap – circus meets live-streaming/Shakespeare/early modern studies anyone?

You probably can identify something else hovering underneath all of this description. I think we have to be honest that part of what being on a committee involves is a wish to make your CV more desirable. Yes, that is definitely true, but you will only get the most out of it if you are also invested in giving something back. I’d definitely recommend doing it because you’ll meet some great people and have some inspiring conversations along the way.

Kate Holmes is based in the Drama department and is in the third year of a PhD on female aerial performers of the 1920s and early 1930s. For more information on Kate’s research please see her eprofile .

This Blog has been posted with the permission of the author. 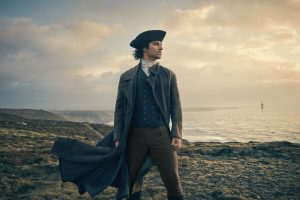