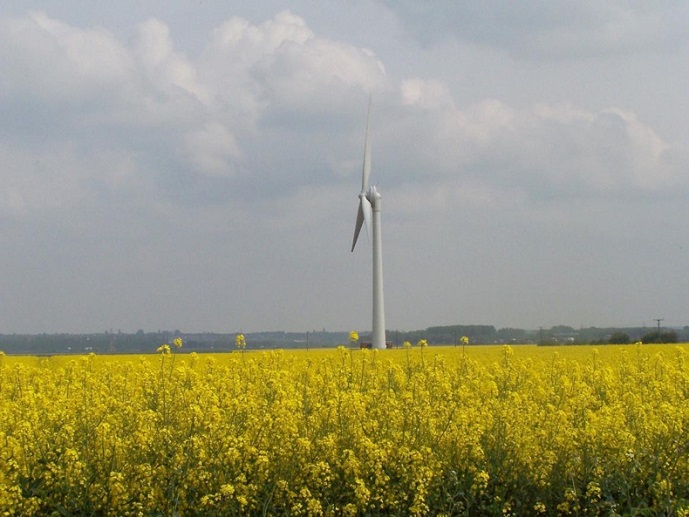 Sustainability is one of the core themes of the University of Exeter’s new MA in International Heritage Management and Consultancy, at a time when organisations such as Historic England and National Trust must manage heritage sites in the context of accelerated environmental and coastal change. Studying the past can inform responses to the challenges posed by climate change and provide us with a better understanding of preservation, loss, and material or immaterial change. Questions of heritage are also central to ongoing debates about renewable energy policy. For instance, plans to build wind turbines near Dartmoor National Park were opposed in 2003, 2004, and 2009 by those concerned about ‘the character of the landscape’ (The Telegraph, 10 August 2009), whereas a 2002 discussion of wind turbine proposals by the Dartmoor Society began with a public lecture surveying the historical use of wind power in the area (5th Dartmoor Society Debate, 19 October 2002).

Following discussions with colleagues in the Renewable Energy department, I became interested in not only the historical use of wind power, but also past attitudes towards this energy source. I was already investigating how William Shakespeare and his contemporaries participated in sixteenth- and seventeenth-century debates about air quality. While references to increased coal use and coal-smoke emissions feature in various plays, though, windmills are rarely mentioned. Shakespeare’s characters Falstaff and Shallow discuss time spent at ‘the Windmill’ in 2 Henry IV, but the allusion is probably to a local inn or brothel, as it is elsewhere. A few English playwrights follow the late-medieval English poet Geoffrey Chaucer’s lead, portraying millers as greedy or controlling, or echo the Spanish author Miguel de Cervantes in connecting the windmill with mental disturbance or overblown speculation: Cervantes’ Don Quixote became famous in the seventeenth century for tilting at windmills in the belief that he was fighting giants. However, I could find little evidence that Shakespeare and his contemporaries were interested in the windmill as a wind-powered technology.

That discovery was surprising, since early inventors such as Francis Bacon were certainly interested in harnessing the power of the winds. Having been introduced to parts of England, Flanders, and northern France in the late twelfth century, windmills would have been a familiar sight to London’s sixteenth- and seventeenth-century playwrights: two maps from around 1600 suggest that Shakespeare’s Globe theatre was built near to several local windmills. Across the English Channel, seventeenth-century Dutch artists created landscape paintings in which windmills often feature prominently, reflecting pride in the recent technological achievement of using these mills to drain low-lying marshy lands (Jonathan Sawday, Engines of the Imagination). Why, then, do sixteenth- and seventeenth-century English playwrights seem to have so little interest in windmills as a power source? Why, when they refer to windmills at all, do their plays typically associate such technology with greed or failed investment, rather than success?

While I do not have a firm answer, I suspect that English dramatists, including Shakespeare, probably classed windmills among the many resources that the rich and powerful controlled during the sixteenth and seventeenth centuries and so made them a target of theatrical mockery, just as audiences might be invited to laugh at the use of luxury or imported goods such as perfume and tobacco. Since English dramatists were much more interested in representing the the wind-powered technology of sailing, windmills were perhaps also considered unexciting, even boring: a familiar feature of the domestic landscape, rather than a potential route to future overseas expansion. Given Shakespeare’s literary dominance, however, this gap in the dramatic representation of windmills may mean that we are today more likely to underestimate the scale and scope of their historical presence in the English natural and built landscape.

If what we read plays a role in how we think about the past, it may even be that this long-ago tendency to ignore or mock windmills could impact contemporary efforts by the advocates of wind power to appeal to heritage arguments for the introduction of wind turbines, as wind power establishes itself as the leading source of renewable energy in the UK and beyond. More attention to how our literary and historical heritage may shape modern attitudes to renewable energy, as well as initiatives to tackle climate change, will help us to better understand how the past can speak not only to the present, but also the future. As the heritage sector addresses the challenges posed by climate change and engages in debates about renewable technologies in the context of listed buildings, conversation areas, and Word Heritage sites, such conversations can inform our approach to heritage management and sustainability. 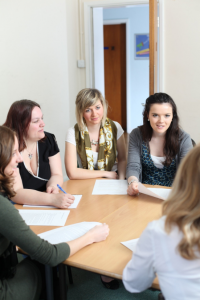 many humanities scholars are doing, we should also build our subjects’ practical connection with the real world into our teaching…..Those links are being made in different ways in universities now. They might involve creating communities of practice, where alumni in related fields discuss and help shape the curriculum and career choices of current students.[1]

This point strikes me as being ever-more important and working with alumni is an increasing focus for Humanities at Exeter. A quick look at the College’s Alumni Profiles gives an indication of the huge variety of different careers Humanities’ graduates hold and increasing numbers are willing to share the benefits of their experience with current students. Students can access valuable knowledge for a variety of different careers through engagement with willing alumni, who often give up their time to act both as advisors to current students and also to get more directly involved in the delivery of the curriculum.

One such example of a course that embeds learning into the curriculum is the Liberal Arts ‘Think Tank’ module. Think Tank asks students to work in small groups to tackle a key social, political, business or economic challenge. Challenges are posed by Humanities’ alumni who have gone on to work in variety of different careers. The skills that students develop through their degree – in-depth research, creative thinking, and professional presentation to name just a few – are utilised to come up with solutions that the students present back to their alumni mentor, lecturers, and peers at the end of the module. Students get the benefit of working directly with these industry experts throughout the project whilst simultaneously learning how former Exeter students have used their degrees in their future careers.

I graduated from the Exeter’s Classics and Ancient History Department in 2013 and volunteered to set a Think Tank challenge for the first time in 2017. Having worked in a number of different Higher Education roles, I’ve spent the past two years working in the Exeter’s own Global Partnerships Team as a Business Partner focused on Humanities and Social Sciences. Global Partnerships is responsible for Exeter’s engagement with other universities all over the world, forging new connections with international partners that will enhance our education and research. It’s a role I find fast-paced, challenging, and (usually) very rewarding.

I was eager to take part in Think Tank for a number of reasons, not least because I was intrigued to see what solutions the students might propose to some of the challenges the UK higher education sector is currently facing. I therefore asked the students to devise a strategy for how a UK university like Exeter should work on the international stage to meet the challenges facing the higher education sector over the next 10 years. They had to think about some of the big questions facing higher education at the moment – how do we prepare for the changes that Brexit will bring? What new opportunities for research funding are out there and how can we make the most of them? How can we continue to attract the best international students from around the world? Other alumni gave students the opportunity to work on challenges as diverse as responding to the divisions laid bare by the Grenfell Fire tragedy or devising new campaigns for the RNLI. 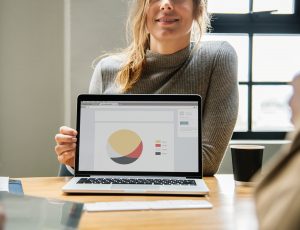 I was pleasantly surprised when eight students chose to work on the challenge I had set and when they presented their findings after eight weeks of work, I was struck by the depth of their research and the originality of aspects of their thinking. So impressed was I, that I pointed my students in the direction of a paid internship opportunity some of my colleagues were advertising to support the delivery of a major international conference. The experiences gleaned through ‘Think Tank’ helped one of the students get the job, despite a very competitive field.

Exeter can make a strong argument that Humanities degrees offer students great preparation for a wide variety of careers; in addition to glancing through our alumni profiles, recent information from the Destinations of Leavers of Higher Education (DHLE) survey and Longitudinal Educational Outcomes (LEO) data suggests that Exeter’s Humanities’ graduates tend to perform well after they leave the College. My experiences have convinced me that alumni engagement has a key part to play in this picture; not only is it good for the students, but it’s great for alumni to be able to harness the enthusiasm and skills of the students they work with. 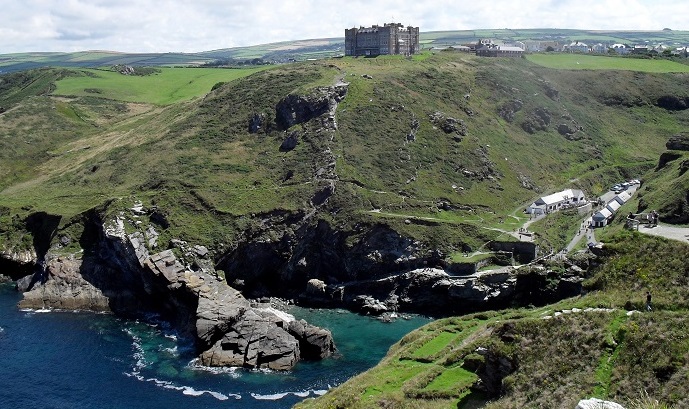 Heritage is a diverse field, and while we are all aware of the jobs available in heritage bodies such as Historic England, English Heritage, and the National Trust, there is a growing field of opportunity for heritage consultants. This ranges from individuals who act as consultants, providing bespoke pieces of research and work for clients who may include museums, heritage organisations, art galleries, and science centres, such as Emmie Kell Consulting; to companies of consultants who offer a body of expertise, such as Cotswold Archaeology who specialise in heritage and archaeology.

There are also permanent professional roles in non-heritage organisations that are also called ‘heritage consultants’. This may be a few individuals or a team of heritage consultants working in the private sector, a blue chip company, a think tank, NGO or charity. For example, Atkins is an international design, engineering and project management consultancy that has a dedicated heritage team that ‘assists business, industry, and government in meeting regulatory permitting and compliance requirements when a project impacts or has the potential to impact historically significant cultural resources’.

Heritage consultants get to work on a great diversity of projects making their daily working exciting, innovative and rewarding. It is a great way to gain a portfolio of experience and skills, working locally, nationally or internationally.