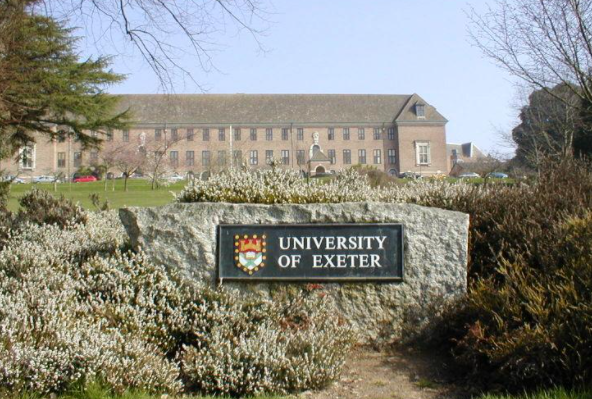 Assessment Reimagined:
Interns mapped the assessment journeys of students on 16 undergraduate programmes that had been identified as priorities by the project lead; painting a detailed picture of what assessment consists of on these programmes. After gathering data module-by-module, the interns compiled reports summarising the assessment journeys for each programme, before zooming out and looking at any broader trends that could be identified accross HASS and STEM programmes. In addition, they conducted a survey of students about their assessment experiences at Exeter and incorporated their key findings and analysis into a final report. This work forms part of the university’s wider Assessment Reimagined project. The findings from both their mapping and student engagement work will help to influence proposals around potential assessment changes over the coming months.

Learning Landscapes:
The interns produced a report with their analysis of study spaces at Streatham campus. This included their views on what defines a good study space and examples of good practice that we currently have at Exeter. Their recommendations focused primarily on how the university could raise awareness of underutilised study spaces and better communicate them to students at Exeter. They created several mock-ups / prototypes of comms in a variety of mediums that the university could use or expand upon to get these messages accross. One of the interns also conducted a series of short interviews with students to better understand their study preferences and their awareness of the range of study spaces on campus. These findings were included in the final project report.

Development of a new chatbot with the Digital team:
Although the Digital team are working with external consultants to develop the technical elements of the chatbot, the interns played an important role in defining and articulating the chatbot’s ‘personality’ and communications tone. They compiled research on other chatbots, before creating a name for the new chatbot (Robi) and defining its personality traits and backstory (creating storyboards and promo materials to communicate this effectively). They drafted answers to a series of personality/non-support questions that can be used by the chatbot and created a Tone Blueprint, which will act as something of a style guide for the chatbot’s responses when it is up and running. This work has been gratefully recieved by the Digital team and complements the more technical work that they have been doing to develop the chatbot.

I think their biggest achievement was meeting all of their main project goals in what was essentially five weeks of work. Their ability work as a team and support each other was crucial and a big part of their success. I was blown away by their professionalism and their willingness to take on challenges and tasks that were out of their comfort zones.

This was my first involvement with Students as Change Agents, and was my first time managing SCP interns. While I was a little nervous about taking on six at once, it has been an incredibly rewarding experience. I was fortunate enough that they were an absolute dream group. I really couldn’t have asked for a better bunch. Their ability to support each other was so impressive and certainly made my job a lot easier. It was great to watch them develop new skills and interests that they didn’t expect, and to see their confidence build over the course of the internships. Based on the feedback that I’ve received so far, they have been positive about their experiences and some have even applied for other internships at the university. I also want to note the benefit that we had from adopting an agile working framework for the duration of the internships, facilitated and supported by colleagues in the Digital team. The use of agile working methods gave the interns a real sense of structure and was instrumental in them getting off to such a quick and successful start with their projects.”