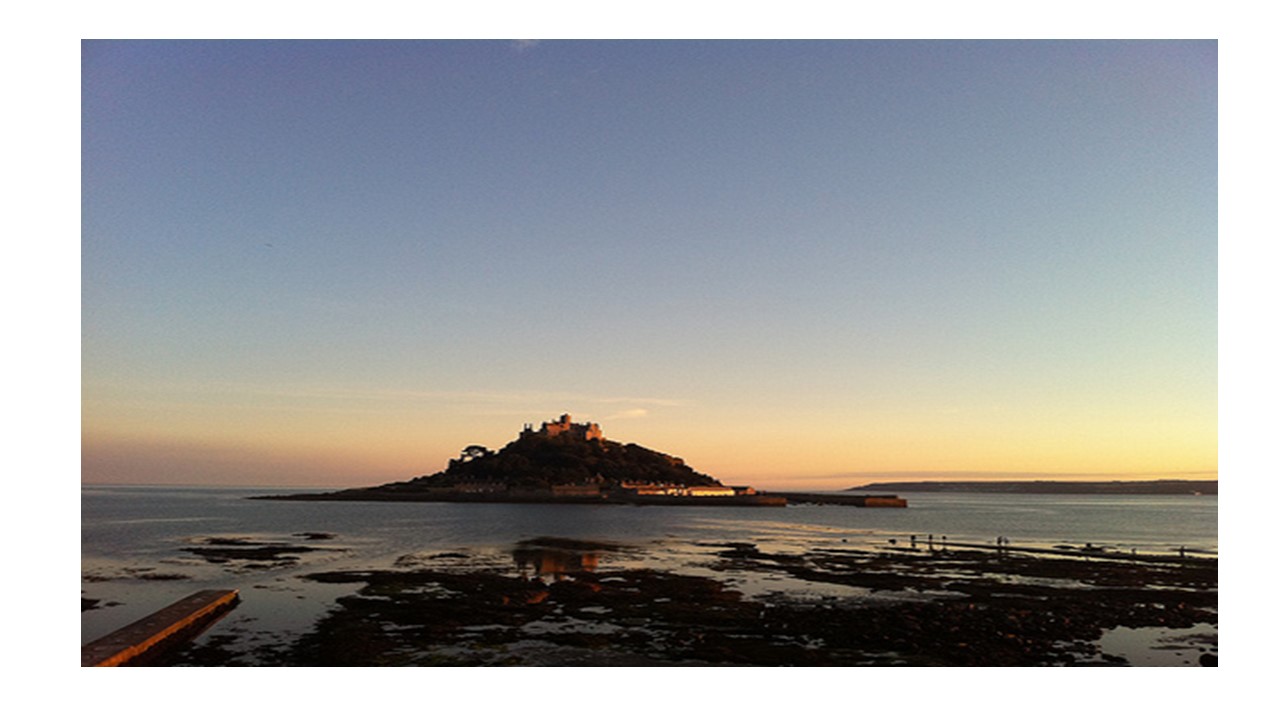 In discussions over the One Palnet MBA cohort’s trip to, St Michael’s Mount the theme of creativity was often talked about, Cornwall is known for its art scene and the arts play a vital role in the life of the local community and in attracting visitors to the area. We were lucky enough to make contact with the Newlyn School of Art who kindly provided one of their artist tutors, Faye Dobinson, to give a talk to the cohort about how artists respond to place. We spend a huge amount of our week applying cognitive learning and group work to challenges in sustainability, so spending a day in an area of outstanding natural beauty seemed like time we could connect with our felt responses to place.

Faye, talked about how there is a growing movement in art that sees humans as living in a landscape they hadn’t counted on. This landscape is a product of ideas, economics, urban, and spatial planning fuelled by an undercurrent of exploitation of natural resources. She asked us how we can rest easy in this landscape and how can we interrogate it? Faye described how she lets spaces unpack around her over time, as she gets to know different places and make artwork in them. One story she told us about was her and other artists moving into an industrial fish processing plant where planning to turn it into an arthouse cinema had been denied. This is Faye’s description of making art in such a space:

“When cleaning one day behind a door I saw holes in a wall, those remaining from around where someone had removed a dartboard. I was captivated- I got plastic, and made an impression of all the holes, then transferred those holes onto and through board, then created a light box with that as the lid. That was a piece that featured in the exhibition at the space, It was titled 1483 misses and it had something celestial about it, though it actually spoke of a detail in the building remaining from when those working there would be on a break, talking, laughing, playing darts. It was an alternative viewpoint on the place- an intimate detail.” 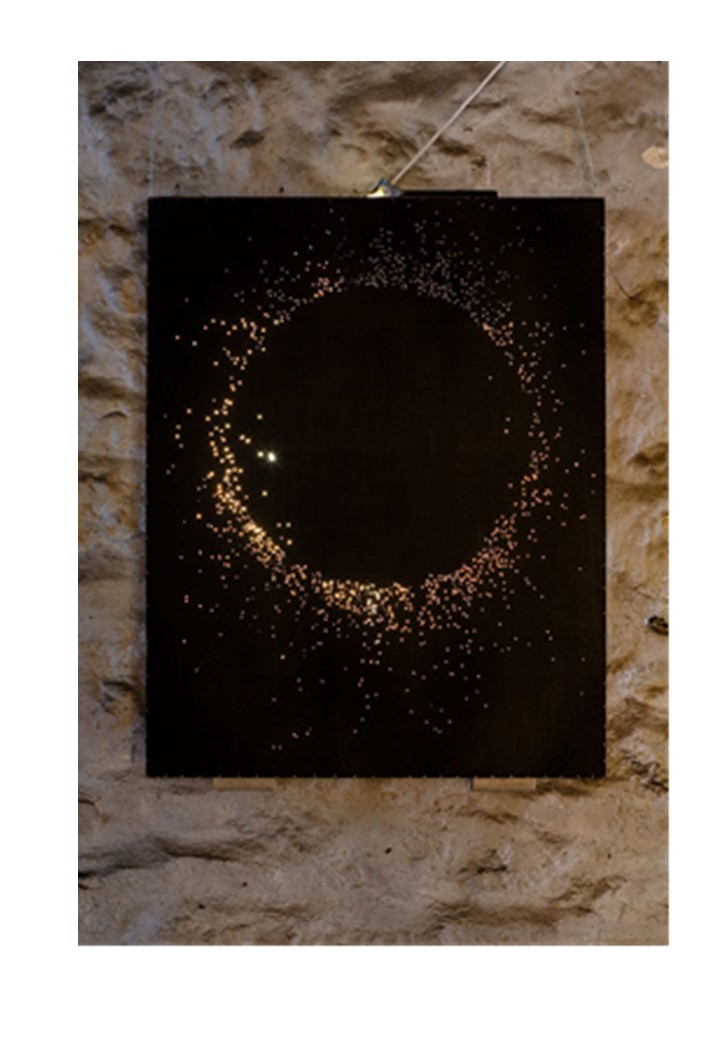 Encountering the unexpected and engaging with the details of place in ways that help us re-imagine them could be seen in this work which after looking for long enough reveals itself as a solar eclipse like a magic eye picture created through darts. After the artists had staged a show of their work planning was granted and the processing plant is now a thriving art house cinema.

The art-work brought out a response from the group of feeling intrigued and a curiosity in how works of art can change our perceptions of our surroundings. It felt like a live example of the process of spaces starting to speak to the artist and actions from the past leaving a trace in the present. The session provided a powerful metaphor for the impact of business and organisations.

The Newlyn School of art provides, painting courses in Cornwall, taught by many of the most respected artists working in Cornwall today. Newlyn is a famous artists colony, in 1900 there were 130 artists working there, an extra train had to be put on each year to take the hundreds of paintings up to the Royal Academy for the summer show. Many of the School’s courses take place on the coastline between Newlyn and Land’s End and Newlyn itself looks over to St Michael’s Mount.