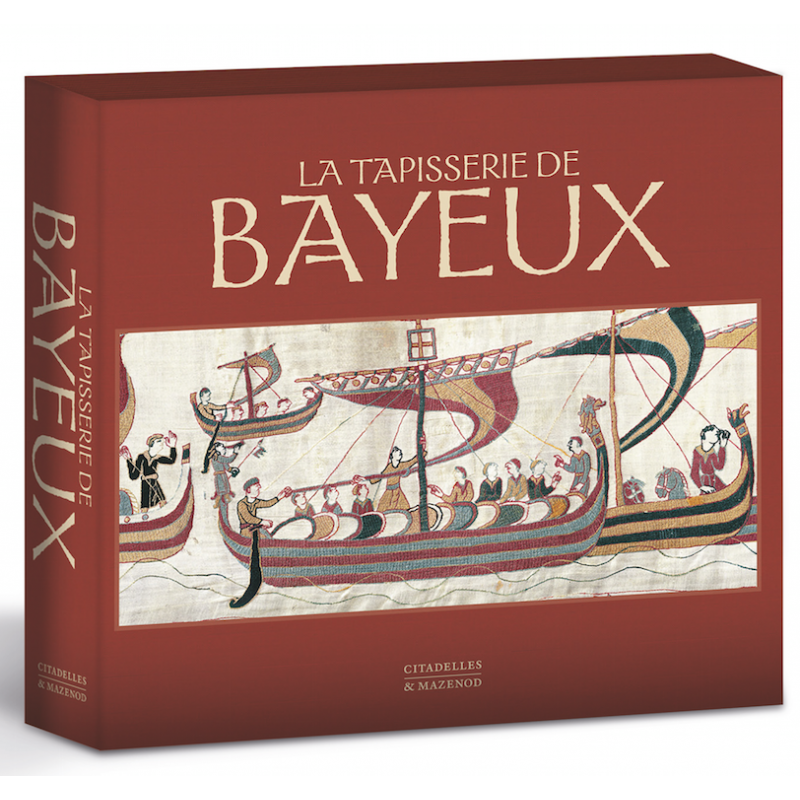 David Bates, who received his PhD from the University of Exeter in 1970, has been awarded the prestigious Prix Syndicat national des Antiquaires du Livre d’Art 2020 for the book La Tapisserie de Bayeux published in 2019 and co-authored with the art historian Xavier Barral i Altet.

The book gained the prize against competition from twenty-three other books from all historical periods. In September 2018, the two authors were invited to submit a proposal for the book by the authorities in Bayeux responsible for the Tapestry to Citadelles & Mazenod who are widely regarded as the leading Art History publisher in France. The authors wrote independently within their fields of expertise, sometimes disagreeing, notably on the subjects of the date and commissioning of the Tapestry. The result is a lavishly illustrated volume containing the two authors’ commentaries accompanied by a magnificent half-size leporello reproduction of the Tapestry (i.e. a pull-out version folded concertina-style). However, such high-end production values come at a cost: the book is priced at €690.00 – making it more suited to institutional than personal budgets! Fortunately, a cheaper version of the commentaries is also available: it costs €29.00 and includes illustrations but not, alas, the leporello reproduction.

The book has a strong connection to David’s doctoral studies in Exeter. David’s PhD, completed under the supervision of Professor Frank Barlow, was a biography of Bishop Odo of Bayeux, the man widely regarded as being in some way ultimately responsible for commissioning the Tapestry. Since then, the Tapestry has been ever-present in David’s professional life, even though this is his first direct publication on the topic. The book required him to revisit subjects that interested him enormously when he worked on his thesis, namely, the nature of Odo’s wide-ranging intellectual patronage and his relations with the Kent churches, notably the abbey of St Augustine’s, Canterbury, the monastery where David and many others believe that the Tapestry was made.

David found writing the book on such a famous subject challenging, particularly given the huge literature published on the Tapestry and the broader issues of artistic creativity, historical accuracy, and authorial motivation. But it also revived memories of the excitement of doing the PhD, of the many people with whom David made contact when writing it, and of the many avenues opened up by studying Odo. Looking back on those times, David also remembers the help given to him by one of Frank Barlow’s earlier research students, Graham Duncombe, who studied the society of post-Conquest Kent, worked for the Victoria History of the Counties of England, and was tragically killed along with other members of the VCH staff in a car accident on the M2. It was Graham who also made many of the introductions that shaped David’s later career during his first prolonged period of work at the Institute of Historical Research, of which David was Director from 2003 to 2008.

The Centre for Medieval Studies sends it heartfelt congratulations to David and thanks him for sharing this good news with us – particularly welcome in these difficult times!

← ‘Learning French in Medieval England’: The Encoding Begins! The Ghosts of King John →