Not all manuscripts are pretty. Many, of course, are absolutely gorgeous: one need only look at the British Library exhibition on the Royal Manuscripts collection from 2011, or the accompanying TV series, to be dazzled by phenomenal illuminations or intricate pen-flourished initials. There is, however, a real danger that in focusing predominantly on these examples of elaborate decoration and ornate pen-flourishes, we lose sight of the far more mundane works that are more representative of day-to-day book production in any period. Last year, there was a certain amount of controversy surrounding the popularity of the @medievalreacts Twitter account, which reproduces images from manuscripts without accreditation or acknowleding their sources. Aside from the obvious copyright and intellectual property issues in play here, one particularly troubling concern, voiced by Sarah Werner (and given some context by Kate Wiles in a History Today article), is that this sort of history-as-spectacle

…capitalize(s) on a notion that history is nothing more than superficial glimpses of some vaguely defined time before ours, one that exists for us to look at and exclaim over and move on from without worrying about what it means and whether it happened.

One response to this from medievalists has been to embrace those manuscripts which, by contrast, would struggle to find a place on any Twitter feed. Again, the blogosphere is our friend here: Jenneka Janzen’s 2013 article on ‘boring, ugly and unimportant’ manuscripts is a powerful manifesto in favour of looking at ‘manuscripts that get a short-shrift’. This kind of manuscripts – un-illuminated, un-illustrated volumes – may also have suffered from damage in the years since their compilation, further setting them apart from their Twitter-friendly counterparts. Such manuscripts, however, remind us that the medieval book was not always an accessory to be displayed, eliciting ‘oohs’ and ‘aahs’ from an audience of impressed bookworms. As obvious as it may be, it is worth remembering that the ‘codex’ (the technical term for a bound book) was functional as well as pretty.

Perhaps one of the best demonstrations of the value in so-called ‘ugly’ manuscripts, however, is to be found in the form of a manuscript held in the Bodleian Library, Oxford: MS Douce 210. In comparison to some of the codices with which it rubs shoulders, Douce 210 certainly doesn’t attract many plaudits as Bodley 264 or Bodley 401. One rather acerbic nineteenth-century commentator commented that Francis Douce, upon purchasing it at a sale in 1700, ‘can’t have had to pay much for it’.1 It certainly isn’t much to look at: significant water damage has rendered parts of certain folios borderline illegible, whereas gaps in texts suggest strongly that individual folios, and occasionally entire quires, have been lost.2 Despite its ‘ugliness’, however, this manuscript – dated, albeit uncertainly, to around 1300 – is far from devoid of value. The value, by contrast, comes much more from its contents than from its presentation, as Douce 210, unlike the other manuscripts mentioned above, contains not one or two lengthy texts, but rather a much larger number of shorter ones.

This sort of manuscript presents problems for codicologists – scholars of the construction of the medieval book, interested in why certain texts were copied or bound together in a single manuscript. Is Douce 210 best described as an ‘anthology’, implying a degree of intention on the part of the compiler? Is it a ‘miscellany’, a term generally associated with precisely the opposite intention? Is it something else entirely, such as a recueil, a ‘composite book’, or a ‘commonplace book’? The debate surrounding the multi-text codex and how to represent it has rumbled on for many years, and has given birth to some truly terrifying article-titles, my personal favourite being J. Peter Gumbert’s ominous-sounding ‘Codicological Units: Towards a Terminology for the Stratigraphy of the Non-homogenous Codex‘.3 With Douce 210, the overriding impression left is one of unity, rather than randomness: all of the texts within it respond to a need to educate and instruct, a need borne out in texts as diverse as satires on the ‘three estates’ of medieval society, sermons on mortality, and the only surviving execution of the Corset, a commentary on the Sacraments commonly attributed to Robert of Greatham. If the dating of the manuscript to around 1300 is correct, then it also provides the earliest version available to us of the Lettre de l’empereur Orgueil, a moralising narrative warning against the ubiquity and temptations of pride.4 As an insight into medieval didactic practices – here conducted in both Latin and Anglo-Norman French – and as a vision of the modes of instruction that underpinned them, Douce 210 goes a long way towards demonstrating that looks certainly aren’t everything.

1 The commentator in question was Paul Meyer, one of the great philologists of the late nineteenth and early twentieth centuries. His less-than-sympathetic remarks (in French) can be found here. Paul Meyer, ‘Notice du MS. Douce 210 de la Bibliothèque bodléienne à Oxford’, Bulletin de la Société des anciens textes français, 6 (1880), 46-84. Meyer does, however, include a valuable table of contents for the manuscript.

2 This fascinating blog post from the British Library’s conservation team sheds some light on the ways in which manuscripts can be damaged – and how attempts to repair them can sometimes backfire! 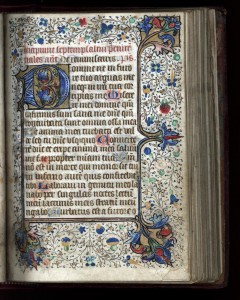 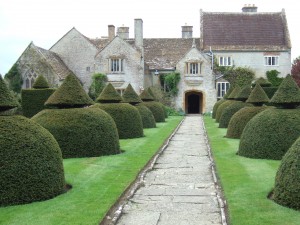 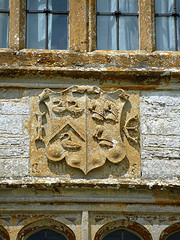 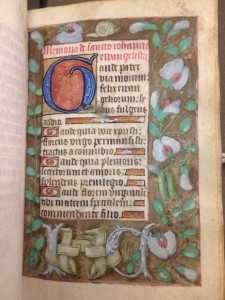 Exeter medievalist Eddie Jones has been awarded AHRC funding for an international research network to explore the remarkable intellectual and spiritual legacy of Syon Abbey.

Syon, the Birgittine monastery of monks and nuns founded by King Henry V in 1415 was a focus for intellectual and religious renewal in England in the century before the Reformation.

Following the Dissolution its traditions were garnered by a handful of its female members who went into exile. Despite the extraordinary turbulence of the time, the expatriate English monastery endured through the centuries returning to England after Catholic Emancipation in 1829.

The manuscript collection of Syon Abbey is now held at Exeter University Library and is the catalyst for this new, interdisciplinary project.

The inaugural workshop will take place at Syon Park on 7-8 November 2014.