Since I’ve been on maternity leave I’ve not surprisingly been pondering all things to do with pregnancy and baby care. I’ve also been thinking about medieval pregnancy advice, since it’s a topic I’ve touched on during my ongoing research on medieval fertility and infertility.

Medical texts are probably the medieval sources which give most information relating to pregnancy and these works have been studied by many medievalists and early modernists. We hear in these sources about ways to facilitate (or sometimes prevent) conception, see if a woman is pregnant, predict the sex of an unborn child, and reduce the risk of miscarriage, as well as about weird food cravings, childbirth, and more. But medicine was not the only source of advice.

By the later Middle Ages preachers also sometimes commented on conception, pregnancy and baby care, with a view to advising fellow clergy and ultimately – through those clerics’ preaching – laypeople about good and bad behaviour. Their advice was much more limited than that of the medical writers and it hasn’t been well studied. One exception is an article by Peter Biller, published in History Today in 1986 (vol. 36, issue 8). Biller quotes a manual written to educate priests by the fourteenth-century English cleric William of Pagula, which tells priests to advise pregnant women to avoid heavy work. Biller also raises a larger question about whether priests – often the best educated people in their communities – were one channel by which learned medical knowledge relating to pregnancy might reach women. This is something I’d like to look into more, but certainly William was not the only cleric to give advice relating to the health of pregnant women and their unborn children. Three thirteenth-century preachers, Jacques de Vitry, Guibert of Tournai, and Stephen of Bourbon also did so. In addition to preaching themselves, all three put together long collections of sermons and exempla, short moral stories which preachers could use to make moral points in an entertaining way, and scholars have long used these stories as sources for a wide range of aspects of medieval life, including popular belief, marriage, magic, and more.

These stories often focus on the dire consequences of bad behaviour, as a dramatic way of making the point that certain activities were sinful. Thus in the case of pregnancy they tend to emphasize the safety of the unborn child, but when they do so their purpose is often to make wider points about correct behaviour in marriage.  Thus Jacques includes in a sermon on marriage an exemplum about a man who hit his pregnant wife while he was drunk, causing her to miscarry (Sermones ad status, Paris, BN MS lat. 17609, f. 134r). Jacques included this story in order in order to stress the evils of marital discord and show how alcohol could make this worse, but there is also a message here about the appropriate treatment of pregnant women, as an especially vulnerable group.

Another topic that interested both preachers was sex in pregnancy. As scholars such as Dyan Elliott have shown this topic was debated by theologians, because it offered a case study for discussing the acceptable limits of sexual activity within marriage. Both Jacques and Guibert (quoting Jacques’ story) criticised men who insisted on having sex with their wives in late pregnancy. According to Jacques:

‘I have heard of certain men who harassed their pregnant wives, who were close to giving birth, because they did not wish to abstain for a moderate amount of time. Nor did they spare the pregnant women, because the child was killed in its mother’s womb and deprived of baptism. This lust is cursed, which denies God the soul of his child.’ (BN MS lat. 17509, f. 135v)

But both Jacques and Stephen of Bourbon also give happier information about cravings in pregnancy. They take it for granted that the audience will know of these and so they use them as a way of illustrating an unrelated point about prayer. People who dislike praying, Stephen says, are ‘like a pregnant woman who is disgusted by sweet things and loves to taste bitter things.’

These comments are patchy and without more research it’s not clear what they add up to, but they do show that medieval preachers were willing to discuss pregnancy and give advice and information. It’s also interesting that much of that advice focuses on men’s behaviour (at least in the case of men who behaved very badly towards pregnant wives) rather than women’s. At any rate there is more here to investigate. 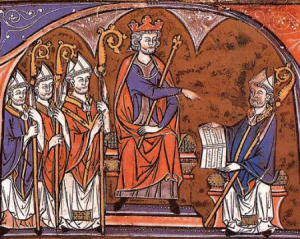 This year’s annual student colloquium for the Society for Medieval Archaeology is being organised by a group of our CMS PGRs and will be held here at the University of Exeter, 27th-29th November. The conference is interdisciplinary – medievalists of all interests all are welcome!

The deadline for submission of abstracts has been extended to Friday 11th October 2019.

This event aims to provide students and early career researchers with an opportunity to share and discuss their research in a friendly and supportive environment.

We welcome papers from across the medieval period (5th-16th centuries) and from all geographical areas. Papers from subjects outside archaeology but with a broader medieval significance will also be considered. We are particularly keen to encourage those adopting an interdisciplinary approach.

Please include ‘Student Colloquium Abstract’ in the subject line and add up to 5 keywords alongside the abstract. Papers will be 15 mins in length with additional time for questions.

We have 4x £50 travel bursaries to award students presenting at the conference, sponsored by Prof. James Clark, Associate Dean for Research for the College of Humanities at the University of Exeter, and prizes kindly donated by our sponsors will be awarded for the best student presentations!

Programme: There will be two days of student presentations plus:

Members of the Society will require a code to secure their free ticket. This will be emailed to all members of the society but if there are any issues please do not hesitate to get in touch by emailing:

Please note, registration for the conference will close on 13th November 2019.

Travel to the conference: If you are travelling to the conference by train we have secured you a great discount on your travel with our partners at Great Western Rail when you purchase your tickets through this link. 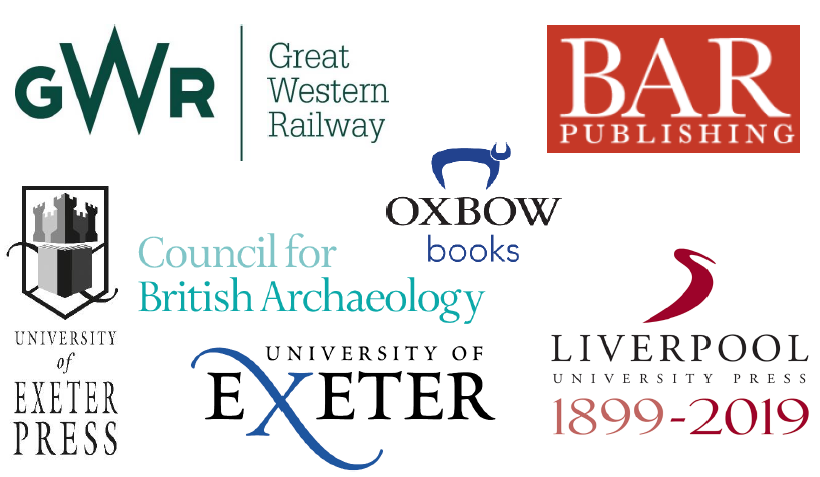