“Feeling ready to kill some Saxons!”

On 14 October 1066 one of the most renowned battles in Britain was fought between William, Duke of Normandy, and Harold, King of England, near the town of Hastings. This October, 950 years later, I and over 1000 re-enactors from all over the world, attended the anniversary event organized by English Heritage at Battle Abbey. I was present as part of The Household Anglo-Norman Living History Society, a nationwide group of re-enactors who specialize in the period 1066-1216. 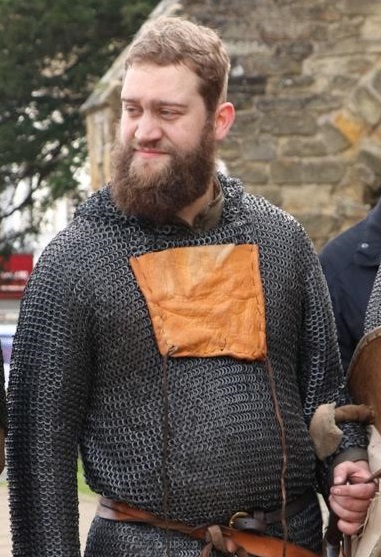 Throughout the three-day weekend event re-enactors inhabited two large eleventh-century camps, one Saxon and one Norman, displaying various aspects of ‘living history’. For example, included in The Household’s section of the Norman camp was an armoury, a fletcher’s workshop, a cooking and feasting tent, a carpenter’s workshop, a chapel, a scriptorium and several sleeping tents. The actual anniversary, Friday 14 October, had been set aside predominantly as a ‘media and dignitaries’ day and involved interviews, film crews and the culmination of the long march from York to Battle Abbey by re-enactors commemorating Harold’s hasty charge down to confront William. The Household’s camp also served as a staging ground for The One Show’s groan-worthy ‘Battle of Tastings’, hosted by Dan Snow. I also ended up on national news talking about killing Saxons – see this video: Ready to kill Saxons. 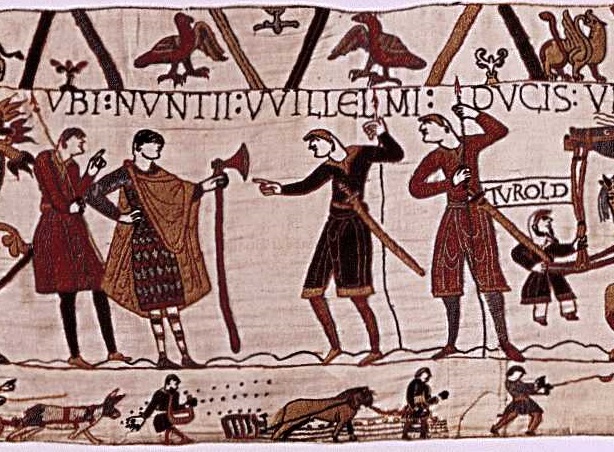 On Friday at 9am, myself and two other members of the Household went to a barbers in the village of Battle to get a Norman-style haircut, one that appears on many of the Normans within the Bayeux Tapestry. Rather than merely attempting to become fashion icons, we also used the event to raise money for the Royal National Lifeboat Institution (RNLI). Thanks to donations given over the weekend we raised over our target of £800, for which we have promised to keep the style for a month (and the JustGiving page is still open should you wish to donate!). Thank goodness the hair-cut is so fetching… 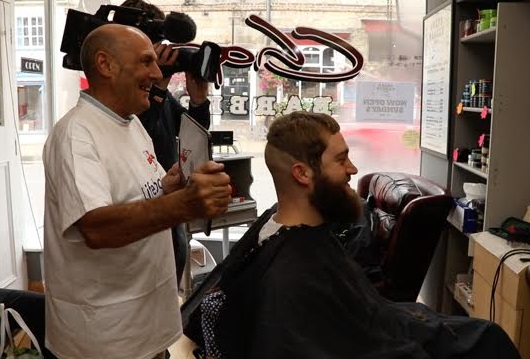 The main event occurred on the 15 and 16 October and attracted at least 16,000 spectators over the two days. On each day there were various displays throughout the abbey grounds, including medieval music, have-a-go archery and the encampments. Of course, the main focus of the event was the battle itself and thankfully for those of us re-enacting the fight it lasted for an hour rather than, as is reported, the entire day. In keeping with accounts of the battle, the recreation saw the Normans sending archers, infantry, and cavalry against the Anglo-Saxon shield wall on the hill, with The Household occupying the centre-left of the infantry.

The battle was scripted loosely around contemporary accounts, involving three attacks from each Norman contingent, two Anglo-Saxon charges down the hill on each flank, the famous, if true, piercing of Harold’s eye by an arrow and his subsequent death, and finally the slaughter of the remaining Anglo-Saxons. However, the combat itself was not scripted: although all re-enactors adhere to strict safety guidelines the combat is essentially a full-contact, competitive sport. In short, it is rather good fun!

Aside from entertaining the spectators present at the event, the anniversary also garnered a lot of media attention, with rogue camera crews and journalists roaming the site asking all sorts of questions. One of the challenges of being involved in events such as this is that the nuanced nature of academic research does not always gel particularly well with those outside of academia. The public and the media aim to understand historical events in the context of their own experiences of modern, often political, events. 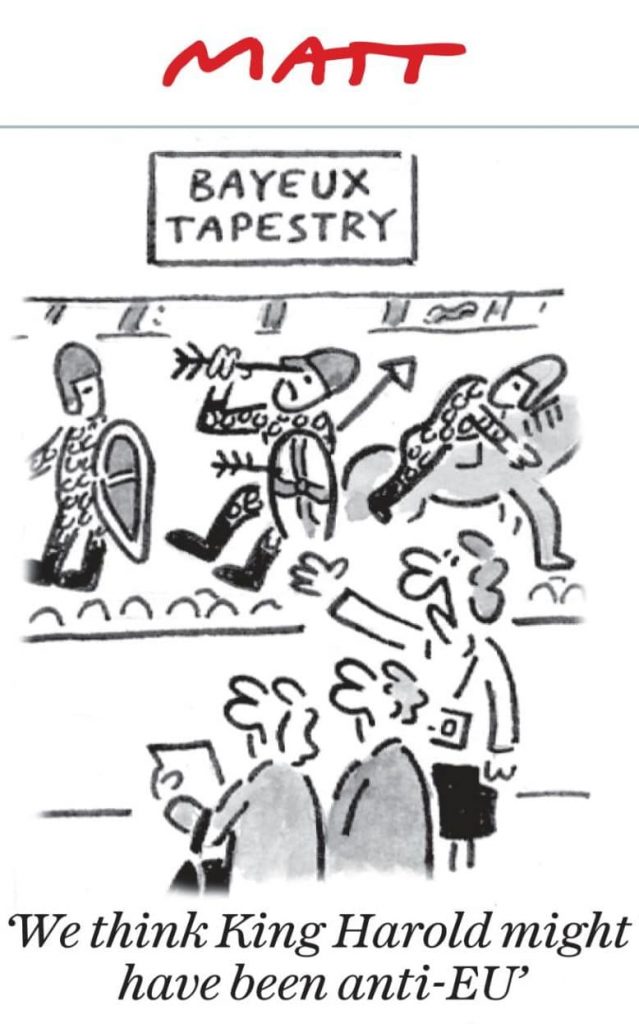 As such it was unsurprising that Brexit was a regular theme of the weekend and my work on Norman ethnicity, as well as the striking Norman haircut, marked me as a target for questions on this topic by journalists and the general public alike. While large words painted on the wall of the Battle Abbey visitor centre to the effect of ‘The Norman invasion was a good thing’ demonstrate a favourable, if blunt, perception of events, it is interesting to note how the event organizers, the public and some of the more passionate re-enactors focus on a perceived shared English identity between themselves and Harold and his troops. In keeping with the conquered Anglo-Saxons’ attitude to their new overlords, modern audiences see the Normans as foreign invaders; the comparisons made by some between the Normans, the EU and other groups are no doubt easy to imagine. It is unfortunate that the evident lessons concerning the continual movement of peoples and the nature of Britain as a cultural melting pot were less prevalent.

Putting politics aside, the 950th anniversary of the Battle of Hastings was a great success and immensely enjoyable. The vast majority of those involved do this sort of thing as a hobby due to their passion and interest in history, and their enthusiasm and hard work is extraordinary. For my part this tangible and experimental hobby provides a new way of engaging with the past, informing people interested in their heritage about medieval history and the opportunity to disseminate my research to a wider audience – even if, as the Hastings event proved, my message isn’t really what they want to hear!