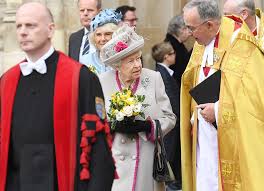 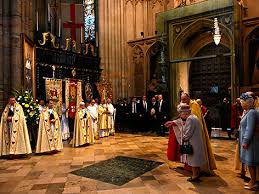 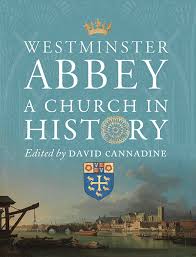 In my PhD research, I am looking at the local pasts that were communicated through liturgy in the tenth century in a metropolitan city on the Moselle river: Trier. My main corpus of sources consists of prayers, sermons, hymns and hagiographical texts, all of which can be found in medieval manuscripts from this area. In order to study these manuscripts, I needed to visit Trier itself, as they were not digitized yet. Visiting the epicentre of my research, however, proved more fruitful than I had imagined.

Architecturally, the city of Trier is a strange mix of every period from the last two millennia. The Porta Nigra and a basilica from the time of Constantine the Great represent the Roman past, the cathedral and market square

represent the High Middle Ages, and numerous churches and monasteries in and around the city were rebuilt in the course of history. The city breathes its own past on every corner. It was very useful to be inside my ‘object of study’ for many reasons, not least for its insights into the local religious communities of tenth-century Trier.

Firstly, I could physically measure the distance between the religious centres of the city. Even though many churches and monasteries have changed considerably over the last thousand years, the location of these centres did not. Being able to walk from the (still-in-use) monastic centre of St. Eucharius to the cathedral in half an hour, and then going another ten minutes to the royal abbey of St. Maximin and the canonical centre of St. Paulin, I got a clear grasp of how close these centres were to each other. This would have made interaction between the different centres very likely.

Another advantage of being at the ‘crime scene’ of my research is the availability of material culture. Studying liturgical sources, I was delighted to go into the Dom Schatzkammer, where golden reliquaries just sat there, waiting to be studied. Another obligatory visit was, of course, to the Stadtbibliothek, a modern building where the medieval manuscripts are kept. After having had a look at the beautifully illuminated Ottonian manuscripts – a local guide was very keen on explaining their greatness – I got to see my original incentive for visiting Trier.

Not only the artefacts and manuscripts, but also the lay-out of churches and monasteries were enlightening. Most of the time that is… Most bizarre was my visit to the royal abbey of St. Maximin. This monastery had been enormous and thriving in the tenth century. Now, however, most of the monastic buildings are gone, and the church itself – rebuilt in the seventeenth century – functions as a gym for the local secondary school. Gym mattresses were protecting the students from painfully bumping into the massive columns of the nave, and a basketball net had replaced a statue of Christ in front of the apse.

Although in some cases, time had completely ruined the medieval ambiance, other places seem to have survived the test of time brilliantly. A large component of my research comprises the study of local patron saints, as hagiographical texts and prayers for these saints can tell us about the importance of that local saint and the role he or she played in local society. Visiting the burial places – the centres of local cults – was an important element of my stay in Trier. Entering the crypt of St. Matthias’s Abbey, and sitting down in front of the late antique sarcophagi of the first archbishop of Trier, Eucharius, and his successor, Valerius, I could not help feeling connected with all those monks and pilgrims who have been visiting this crypt to pray to the local patron for the past sixteen centuries. The feast of St. Eucharius is still celebrated by the local Benedictine community every December: continuity in its highest form.

Studying medieval history is not only studying primary sources and reading literature. Most importantly, it is an attempt at imagining a past society. This society is best understood, I believe, if you have a chance to be part of it. When I returned from my visit to Trier, I did not only bring home notes on the studied manuscripts and reliquaries, but also about the physical distance between different centres, and the ambiance of local cult sites. And, in the spirit of traveling medieval monks, I brought back the thought that – if nothing else – I will have saint Eucharius of Trier at my side on the rest of my intellectual journey.

I’m very much looking forward to joining the community at Exeter this coming autumn, and I would like to take the opportunity to introduce myself and my work.

Currently I’m finishing up a project: a study of saints from abroad in early medieval Rome. The city of Rome guided me to this project. Wandering through Rome—one of my favorite pastimes—led me to puzzle about the city’s many saintly presences. On the Tiber Bend, for example, we find, in close vicinity, churches for the marvelous wonder-worker St. George, the soldier-saint Theodore and, conveniently close to the Tiber, for St. Nicholas, a bishop with a reputation for assisting travelers in distress.[i] All three of these saints are ‘saints from abroad’, that is, saints who, according to their hagiographical legends, lived and died in locations outside of Rome. What are these saints doing in Rome?

The rise of ‘Christian’ Rome tends to conjure up images of Peter and Paul and the catacombs with their many martyrs. In the words of Ferdinand Gregorovius’ magisterial (1869-1872) History of the City of Rome in the Middle Ages, a new Rome ‘rose again from out of the catacombs, her subterranean arsenal’, her Empire ‘transformed into an ecclesiastical system, with the pope as its center.’[ii] But when we look within the city walls we find that the new spiritual topography was shaped, as much, if not more, by saints from abroad.

The period I’ve considered is from roughly the 6th to 9th centuries. This isn’t because saints from abroad weren’t present in the city beforehand. Already the earliest list of saints venerated in Rome, the mid-5th-century Depositio Martyrum, includes North African saints: St. Cyprian and Sts. Perpetua and Felicita.[iii] Nor, of course, does the introduction of saints from abroad come to a halt in the 9th century. However, the reason to focus on the period from shortly before the ‘reconquest’ of Italy by Justinian’s armies in the mid-6th centuries through the 8th century is that this was a period in which Rome was still very much part of the ‘Byzantine’ world of the Eastern Mediterranean. Correspondingly, saints who belonged to the ‘cultural koine’ of the late antique/early medieval Mediterranean world readily settled in Rome.

The story I’ve tried to piece together is how and why these saints were settled in Rome and what impact they had on the city. It is a story of Byzantine administrators and Roman ecclesiastics, but also of communities of immigrants and Romans, their names long forgotten, who patronized saints from abroad for the protection and support these saints offered. Fragmentary as the evidence is, it helps wrench us away from an image of a monolithic papal Rome that grew out of its own ‘native’ sanctity.

The presence of these saints in Rome reflect their patrons’ Mediterranean horizons. Once in Rome their legends maintained the memory of the far-flung locations from which they were purported to originate, adding particular inflexion to the city. Moreover, these saints, just like their Roman counterparts, were in dialogue with the monumental Roman past into which they entered, imbuing it with new Christian meaning.

Take St. Hadrian. According to his passio, St. Hadrian was an administrator who converted to Christianity and was martyred in Nicomedia. His relics were said to have been brought to Constantinople soon after his death. What better location in Rome for a Constantinopolitan administrator-saint than the Senate House!

When Pope Honorius (r. 625-638) dedicated the senate house to St. Hadrian the architectural changes were minimal. The marble revetment and benches where the senators had once sat remained in place. This was then a site that continued to hearken to its imperial legacy and yet, whose saint proposed a radically new vision of empire. A new Rome was taking shape, still grounded in its imperial, Mediterranean, past.

[i] The earliest surviving written attestations of a church dedicated to Nicholas at the Tiber bend date from the time of Pope Urban II (r. 1088-1099). However, circumstantial evidence (in particular a column inscription from within the church) suggests a significantly earlier date.