PRISM, the Exeter-wide network for LGBTQ+ people and their allies working and studying in STEMM fields, held their first Speakers event of 2019 on January 15th. The network aims to promote the work of LGBTQ+ individuals in STEMM as well as sharing the successes (and failures) of diversity initiatives. Two members of the Department of Physics and Astronomy presented talks.

Alison Young, an ally to the LGBTQ+ community, provided a summary of the STEM Gamechangers workshop which occurred in London in September 2018 and introduced the audience to the “Scientists are Humans” initiative she helped set-up. Her project aims to encourage scientists to “be more kind”. Their manifesto is shown below.

Claire Davies, who founded PRISM in July 2018, presented an overview of the 4th annual LGBT “STEMinar” (see #LGBTSTEMinar19 on twitter) which had taken place in London 4 days earlier. Claire highlighted some of the incredible research being undertaken by LGBTQ+ individuals across the UK and further afield. She also continued a discussion from the “STEMinar” on the potential impacts of the internationalism of the STEMM sector on LGBTQ+ researchers.” 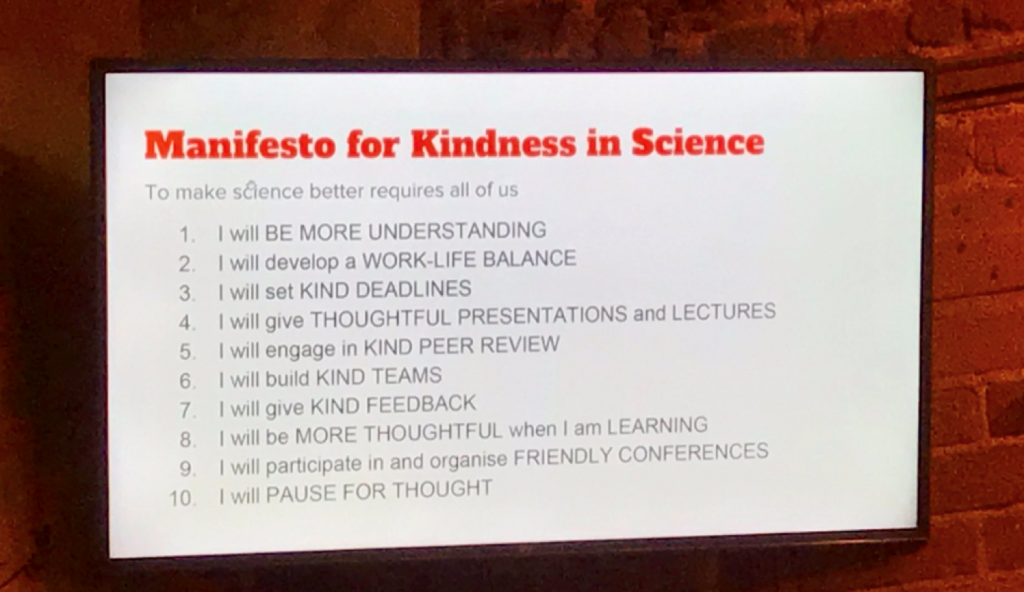