What were the patient eligibility requirements for participating in the REACH-HF trial?

In our main multicentre trial the inclusion criteria were:

You will find the full list of exclusion criteria is listed under Table 1 in our protocol paper: https://bmjopen.bmj.com/content/5/12/e009994

So our evidence is based on these criteria. We also have feasibility data on patients with HFpEF (EF >45%) but in only 50 patients : https://bmjopen.bmj.com/content/8/4/e019649

I'm interested in facilitating REACH-HF training! Can you tell me more about the programme?

Thank you for your enquiry and interest in REACH-HF!

It includes a patient manual, progress tracker, exercises (chair based and walking), carers’ manual and relaxation.

The REACH-HF Service Delivery Guide has more information. You may access it from the REACH-HF website: http://sites.exeter.ac.uk/reach-hf/reach-hf-service-delivery-guide/

Apart from the main RCT trial, we have also delivered a pilot roll out of REACH-HF at four NHS cardiac rehab centres (Beacon sites – Gloucestershire, Belfast, Wirral, and University College Hospital, London) in 2019-20. Funding from Heart Research UK is enabling us to evaluate the delivery of REACH HF across four health boards in Scotland in 2021. In response to COVID-19, we provided a 2-day online training to nearly 90 health care professionals (cardiac rehab nurses, HF specialist nurses, exercise physiologists and others) from across the UK in 2020. Some of these have started delivering REACH HF and hope to continue through the pandemic and beyond. The online training courses are continuing and available through the Heart Manual Department  or telephone on 0131 537 9127/9137 for dates in 2021.

The costs of REACH HF facilitator training by the Heart Manual Department are: £200 per participant attending the 2 day remotely delivered course plus a minimum purchase of 10 REACH HF intervention packs/ HF Manuals each @£30 per pack/HF Manual=£300, (including delivery) therefore a total cost of £500 per participant.

The Wirral Community Cardiovascular Rehabilitation Beacon site staff are happy to speak to interested cardiac rehab teams on their experience of the ‘real-life’ rollout of the programme. For more details please see: https://www.nice.org.uk/sharedlearning/delivering-rehabilitation-enablement-in-chronic-heart-failure-reach-hf-in-wirral

Please do contact us () if you have any further queries or if you are interested in adopting REACH-HF in your area.

I'd like to set up the REACH-HF programme within my existing service - what do I need to know?
Head on over to: http://sites.exeter.ac.uk/reach-hf/reach-hf-service-delivery-guide/ The following link will take you to the REACH-HF Service Delivery Guide This service delivery guide is intended for teams that want to set up the Rehabilitation Enablement in Chronic Heart Failure (REACH-HF) home-based cardiac rehabilitation programme for people with heart failure within their existing service. This guide has been designed following interviews with healthcare professionals working in four National Health Service (NHS) cardiac rehabilitation centres in England and Northern Ireland in 2019, who were early adopters of the REACH-HF programme, piloting its roll-out in the NHS.
Are we able to cascade training to staff who were unable to attend our REACH-HF facilitator training session?

Q. One of my staff Cardiac specialist nurse was unable to attend this training due to leave. Are we able to cascade the training to them in order for them to facilitate with our exercise physio who is on the course today to facilitate with their patients?

A:The REACH-HF developers do not recommend facilitation of the REACH-HF manual without training or cascading of the facilitator training within services.

As per conventional cardiac rehab (CR) programmes there is a need to ensure that REACH-HF is supported by a multidisciplinary CR programme. REACH-HF Facilitators should be part of a wider multidisciplinary team organising the clinical care and cardiac rehabilitation /self-care support for the patient. This may include referring on to specialist (eg. psychological counselling, or specialist exercise / physiotherapy advice) as part of the core team or through an agreed referral pathway.

Having a co-attendee, trainee or supervisor at home visits/on site is also acceptable as long as one person (the facilitator) has been trained in the delivery of the REACH-HF programme (although we don’t believe it is necessary to have two staff present).

What are the costs of facilitating the Heart Failure Manual?

How we deliver elements of the REACH-HF programme

What exercise is prescribed as part of the REACH-HF programme?
How do you meet the current BACPR standards with your 15 minute warm-up exercise?

A:  Most studies show that 5 to ten minutes is sufficient to achieve a warm up before commencing moderate levels of exertion. The higher the intensity the more warm up is required with 15 mins seen as optimal to help prepare healthy people and fitter patients to exercise at higher intensities.

In heart failure the situation is slightly different especially for those with lower levels of fitness and multiple comorbidities.

One of the challenges in managing exercise training in heart failure is to do enough exercise to help maintain fitness (which we know drops rapidly over time in this group) and to do so without exhausting patients. As a context the mean age of REACH-HF patients is over 70 years with an average of three additional comorbidities which means we are primarily setting exercise goals around maintenance of fitness.

With that context in mind most guidelines suggest shorter duration warm up for instance the ACPICR and EPG state in their guidance that it should be reduced in proportion to the main conditioning phase duration and expected intensity (see below). https://www.acpicr.com/publications/healthcare-professionals/

The added value of the REACH-HF approach to warm-up is that our clinical trial showed no adverse events related to exercise and feedback from patients was strongly positive.

Q: On the exercise component I noticed our Met values varied to ones printed in the document?  I have attached our Incremental Shuttle Walk test to compare. I’m only querying this as I had a discussion with someone on the course about this and we were using different Met levels.

A:  METs is murky water and estimates of METs even more so!

Measured METs per task will vary based on the point of reference during the task being measured.

For instance you would normally want to record the MET cost of an activity based on at least three minutes of activity at a particular level (often referred to as steady state).

Once you have the three minutes of data there's a dilemma: do you take the 1st, 2nd or 3rd minute value as your MET cost?

Or do you take the middle value or end value or the average of the three minutes?

You could - and many do - just take the peak MET value even if it's for less than one minute irrespective of where it occurs in the data timeline. All of these approaches lead to different MET values for the same task. This type of variation also leads to confusion in the literature.

There's possibly no right or wrong way but what is important is that people who produce MET tables state if their numbers are based on average or peak values. In REACH-HF we use average MET values related to the ISWT levels. If studies use peak values they will always produce higher METs per level than average MET values.

The other dilemma we have when using METS is the assumption that 1 MET = 3.5 ml 02/kg/min). This was calculated based on a 70kg person which doesn't resonate with many of our patients.  To counter the impact of an 'estimate within an estimate the more scientifically orientated researchers (JB being one of them) directly measure resting metabolic rates (resting METs) for the actual individual. They are then able to divide the peak or average METs for a task by the individual's actual resting METs. It's good science but can't be done on mass in patient populations.

When you look at the array of MET values in the numerous tables that exist it's often the above permutations/approaches that can explain the differences.

In summary: ISWT MET values based on direct measurement (as outlined above) can lead to different values (mean vs peak). Estimated METs derived from average walking speed MET equations are at best a good guess but not even close to being accurate.

Thankfully, we have our clinical skills and judgement to work around these uncertainties.

OUR EXERCISE VIDEOS HAVE MOVED

From 1st of November 2021 the videos will no longer be available on the Chair Based Exercise Videos page . 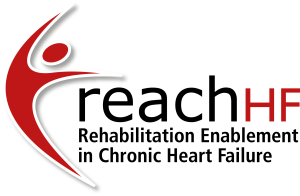 For enquiries please email us at

Did you know that the Heart Manual team train facilitators in @REACH_HF? It's an evidence based self-management programme for individuals with heart failure and their families. Click here to find out more:https://t.co/uAuZWpAxsY

Are you a Healthcare Professional in #cardiacrehabilitation and interested in developing the REACH-HF digital training platform? @REACH_HF is recruiting for our Special Advisors Group to give feedback in return for £70. Interested? Contact r.cross2@exeter.ac.uk
@REACH_HF @bacpr

Our PI Prof Rod Taylor will be speaking at this @NRS_CVResearch event in May - sounds like it will be an important and useful day of discussion #heartfailure #CardioTwitter @REACH_HF https://t.co/HtW5qCrVHY

@bacpr @BSHNurseForum Apply for @REACH_HF training whilst still available! @wchc_nhs CR team more than happy to be contacted for support and questions. 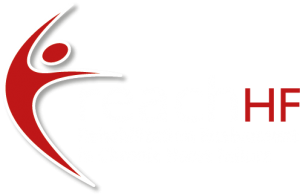