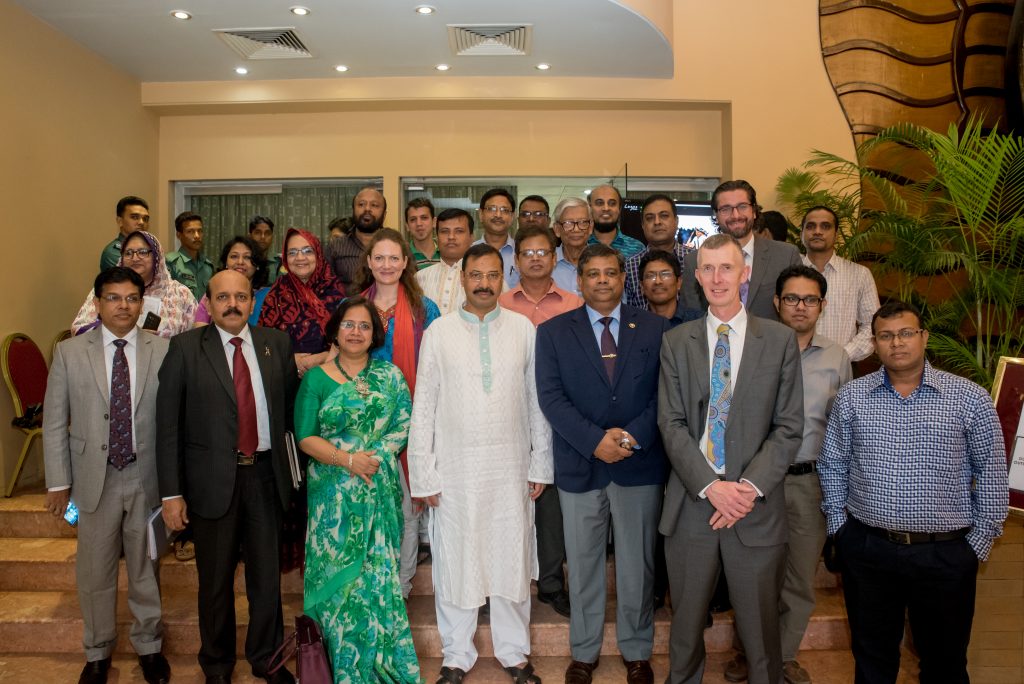 The launch of a new project in Chittagong has brought together environmental and migration researchers from the University of Exeter and the University of Dhaka to undertake research on implementing safe, resilient and inclusive cities for sustainability.

The project is testing the idea that integrating new migrant populations into planning is key to sustainable urban development, particularly for rapidly growing cities in Asia and Africa. The research focuses on Chittagong, a city that has grown from 1.5 million people at independence in 1971 to 5.1 million people today.

The research will involve surveying migrant populations about their human security, wellbeing and priorities. It also uses images through a photo-elicitation approach, allowing migrants and city planners to explore their own meanings of safe and sustainable cities. The research seeks to build empathy between planners and new migrant populations towards shared visions of the future.

Professor Neil Adger, the project’s principal investigator, said: “This is a first test of the idea that new migrants are critical in planning and building new cities. If new populations are invisible, the cities will not work for them, nor they for the shared vision of the city. We will explore whether visualising sustainability through photographs helps professionals and lay citizens to take each other’s perspectives in their joint visions of sustainability. This has potentially wide use in city planning for implementing urban sustainability everywhere.”

Professor Tasneem Siddiqui, founding Director of the Refugee and Migratory Movements Research Unit (RMRRU), and one of the project’s Co-Investigators said: “Chittagong is a special place; it is a thriving commercial city of Bangladesh but faces critical development challenges. “Migrants come here as their land is being inundated on the coast. Ethnic minorities from the Chittagong Hill Tracts are being squeezed from their land. Integrating them into Chittagong’s future gives them rights and enhances the security of all.”

The project will partner with the city’s Export Processing Zone, Chittagong District and Divisional office, Port Authority, Chittagong Development Authority, and most importantly the City Corporation of Chittagong: the Mayor and his professional planners will participate in the qualitative photo-elicitation research.