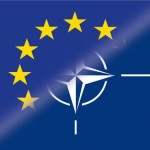 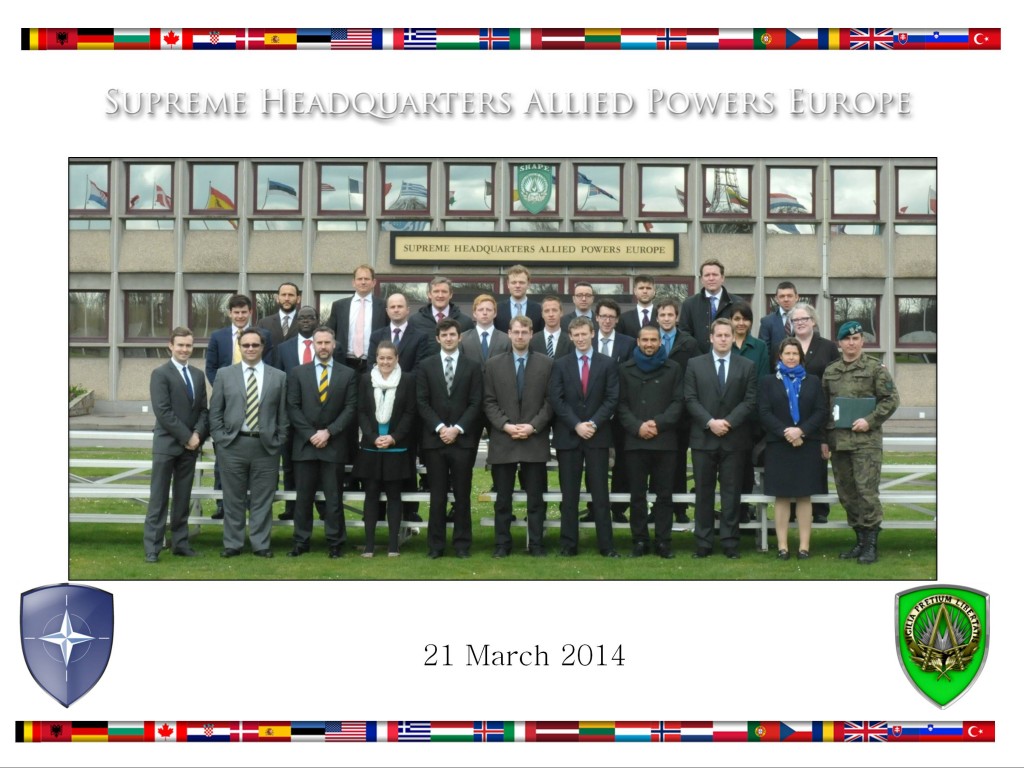 This week SSI Director Sir Paul Newton will help teach on a John’s Hopkins University field trip to France where US students led by a Prof Eliot Cohen will explore the causes and conduct of the First World War. In the centenary year of the outbreak of the ‘Great War’, serious students of applied strategy still have much to learn from this tragic failure of the international system.

The following week, Exeter MStrat students will conclude their visit to the EU and NATO HQ in Brussels with a 48 hour field trip with Prof Newton and Irish journalist Kevin Myers to the Somme battlefield. 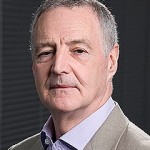 The SSI/RUSI partnership really came into its own again when Prof Mike Clarke led a discussion recently on strategy during the Cold War. The RUSI-SSI partnership adds a distinctive, sharp policy focus to the MA programme.

Later in the week, senior RUSI staff member and SSI Hon Prof Jonathan Eyal set out the causes of the Bosnia conflict. This provided a firm foundation for the MStrat field trip to Sarajevo in June. After the field work, SSI students will meet Lord Paddy Ashdown who played a key strategic leadership role in the Balkans: in that session they will jointly assess the prospects for security and stability in a volatile Region that, despite falling from the media headlines, is still critically important to European security. 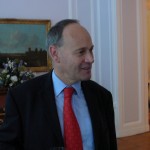 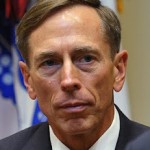 Exeter MStrat students had a fascinating, candid and free-ranging 90 minute discussion recently with ex-CIA Director and Honorary SSI Professor David Petraeus as part of their Iraq case study. The aim of an intensive week was to explore different aspects of strategy in reality, building upon the theoretical foundation laid in earlier modules.

The Iraq day included contributions from senior British diplomats, intelligence officers and Whitehall policy makers. The theme was the decent into chaos following the removal of the Iraqi Regime in 2003. At that time, General Petraeus – a tactical commander in Northern Iraq – presciently asked “tell me how this ends”.

During both visits, members of the SSI, students as well other members from other academic and administrative units of the university together with many of the honorary professors and fellows affiliated with the SSI were able to listen to, but more importantly, actively engage with both guests. A myriad of topics were tackled, such as the failures and successes of intelligence as well as the British and international security concerns over the current Syrian crisis, cyber warfare, and nuclear proliferation.

On several occasions discussions centred also on the challenges connected to academic research and engagement with government and with security organisations in particular. Conversations over this last issue were, in fact, apropos given that the main aim of the SSI and its Masters in Applied Security Strategy is to enhance the strategic competence of the leaders of the future, that is, to train future strategists. The SSI aspires to achieve, in fact, such an aim by positioning itself on the cusp of research and of debates relating to the enduring as well as the new security challenges affecting UK and international peace and security.

Members of the SSI are cognizant of the fact that the premise of all academic research is obtaining and working on relevant, specific and timely information. This is crucial in order to ensure that social science research is based on empirical evidence rather than on tendentious rumours or opinions. Obtaining such data, however, can be quite challenging when researching military, intelligence or other security organisations. Organisations that deal with national security matters are, in fact, by their very nature secretive due to the fact that they often deal with very sensitive information that may jeopardise if not national security, then possibly the safety of specific individuals.

Yet, intelligence and military organisations often have a tendency to over-classify information. From my personal experience of researching several military organisations over the last decade such over-classification has often led even members internal to such organisations to be unable to tap into information essential for achieving more effective decision-making outcomes. In other occasions, it has led such organisations to repeat mistakes, to re-learn lessons or to, what various organisational and management theory literatures call, “organisational forgetting”. As Mr. Day even acknowledged, one of the quandaries that keep him awake at night is how government institutions suffer increasingly from poor corporate memory.

Discussions, thus, went on to explore ways in which academic researchers, who often need but find it difficult to access information relating to the decision-making processes and conduct of security organisations, could engage with such organisations by not only researching the problems associated with such processes, but also by providing, for example, historical context and expertise to the security regions and challenges that such organisations have worked on and are currently working on. Security practitioners could benefit, in fact, from tapping into the expertise that many academics may have and could provide if appropriate channels of collaboration were clearly delineated.

For instance, SSI members are currently considering the ways and means in which rigorous academic research standards, such as academic independence, research ethics, and critical engagement can be maintained, whilst at the same time safeguarding the integrity and sensitivity of the information shared by such intelligence and security organisations. Beyond the usual vetting processes and the subjecting of shared information to operational security clearance, what other and more practical, if not informal, ways could researchers and such security organisations cooperate in order to advance the knowledge of and solutions to the nature of the security challenges they encounter and the manner in which they deal with these?

These and other issues relating to improving the frank exchange between and tangible collaboration amongst academics, practitioners, students and honorary fellows interested in solving the real challenges that implementing strategy engenders are some of the concerns, which will make the SSI an exciting centre of teaching and research to participate in. They are also the main reason why I have joined the University of Exeter and why I feel privileged to be a part of such a fascinating enterprise.