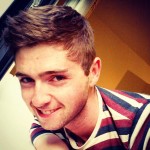 Final year student studying BA Modern Languages (French and German with Spanish), having recently finished a Year Abroad spent all over Europe, but mostly spent working as an English Language Assistant in Orleans, France. If you are bored, looking for time to kill or actually interested in what this early twentysomething has to say about life in general, then do have a read. Though I warn you, if you're looking for high-class, Pulitzer prize-winning, generation-defining political reports, then I'll probably be a disappointment. On the other hand, if you're looking for written conversations with myself about all the things that delight and peeve me in my life, then I hope I won't be.

All posts by Connor

Storm in a (lemon) teacup: The art of complaining

“No-one told us there would be fish in the water. The children were scared.”

“The beach was too sandy.”

“We went on holiday to Spain and had a problem with the taxi drivers as they were all Spanish.”

…Say some of the not-so-happy customers of Thomas Cook. If British holidaymakers didn’t have a bad enough reputation abroad already, they certainly do now.

Away from Spanish taxi drivers and overly sandy beaches, earlier this week, a woman called Hannah C from North Yorkshire took to TripAdvisor to let the world know about how outraged she was after being charged £2 for a cup of hot water with a slice of lemon.

From Envelope to Exeter: Starting University

Is it really four years since that fateful day? I’m talking about that day. That day when, surrounded by my peers, many of whom were drowning in anxiety and perhaps a little over-exaggerated hysteria, I sauntered into the school hall, whose smell of cheap wax and Wotsits I can still smell to this day. There, lined up before us, were three folding tables, with a smiling woman from reception behind each one. After she sifted through the envelopes in her box labelled ‘J – Q’, and handed me mine with a saccharine smile, I realised that somewhere inside the envelope in my hands were the four most important letters of my life. Four letters which were rather unfairly now the pinnacle of my academic life. Four letters, which, behind my back, had in a way begun paving the way for the rest of my life. It was strangely monumental.

Well, I’d like to put that much weight on that moment I opened my A Level results, but I’d already received a text message from the University of Exeter first thing that morning, so I suppose I didn’t need to subject myself to the smell of crisps and awkward conversations with the headteacher that afternoon. ‘Congratulations!’ the text read, telling me that I’d already secured my place. It took a while to register, as I rubbed the sleep from eyes, before deliberating falling back into bed or heading down to find out how I’d really done. I did the latter, of course.