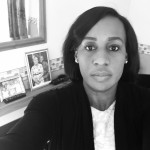 Hi! My name is Chioma and I am a 37 year old postgraduate student who has 4 children. I have been planning to get back into education for at least a decade and I finally did it! I was born and raised in Nigeria and am now studying for a Master’s in Public Administration at Exeter (may sound boring, but it’s really cool). If you want to know anything about being a mature postgraduate international student and mother then you’re in the right place.

All posts by Chioma Nwamaka