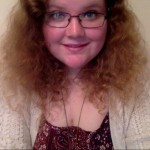 Hi there! My name is Libby and I am a first year BA English student. As my choice of degree may indicate, I love to write and have been blogging for a couple of years. Posting about university life is a fresh challenge and I hope for my submissions to cover any issues that particularly resonate with me, whether that be the practical, academic or social side. In what little spare time being a student allows I maintain huge passions for music, travel and literature and I’m sure I will find any way possible to include these in what I can contribute, too. Happy reading!

All posts by Elizabeth

Thursday 4th February is Time to Talk Day, a national event initiated by the UK mental health campaign Time to Change to confront stigma through open discussion about mental illness. I wanted to post this blog this week because the day is important to me, both for what it works for and the degree of personal significance it holds.

According to one National Union of Students survey, one in five students recount facing some sort of mental health issue during their time at university. This is – very roughly speaking, of course – one or two per flat/house, or three or four per seminar group. If this is a statistic that is surprising to you, it is probably because the majority of the people effected feel uncomfortable in talking openly about their experiences.