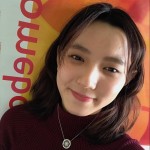 Hey! I’m Mikki and am currently a second year English Lit student at the University of Exeter in Cornwall. I’ve come all the way from good ol’ Singapore, moving then to Hong Kong before coming to the UK and it’s been an eventful journey since! I spend a lot of time reading (aha), going to museums and shouting about TV shows – I’m also one of the Hitch Officers for FXU RAD where we do lots of exciting events for students and at the same time fundraise for charity (which I absolutely love doing!!) Hopefully, I’ll be able to tell you more about all the ups and downs of being an international student at university and any advice that might be useful in the short or long run; who knows?

All posts by Mikki

How To Travel Responsibly

For every student studying at the University of Exeter, travelling can be a blessing that can make you want to cry sometimes but you hold it in because in the end you have to travel anyway. As an international student, I tend to travel a lot and it’s become second nature to me, which is why I thought to impart some of my wise knowledge to you – even if you might already know this.

END_OF_DOCUMENT_TOKEN_TO_BE_REPLACED

Super duper late but recently, I took over our Students’ Instagram account to show everyone what it was like to study English at Exeter. As the Beast from the East snowstorm came upon Cornwall just midweek and cancelled classes and meetings, it was a pretty chilled few days for me; a contrast to my usual hectic schedule! END_OF_DOCUMENT_TOKEN_TO_BE_REPLACED

END_OF_DOCUMENT_TOKEN_TO_BE_REPLACED

Cornwall – I’ve said it before that people often marvel at how far away it is for me in terms of university choice – it’s even more astounding because I’ve come from a country so far away, which means added travelling and stress. Why not somewhere more central like London where there are huge stores and big events (e.g. concerts at the O2) Or just cities in general like Manchester, Leeds, Edinburgh, etc.? Why not in the actual Exeter itself? END_OF_DOCUMENT_TOKEN_TO_BE_REPLACED