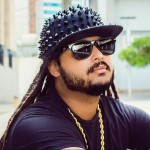 Greetings and salutations, I am Michael and I hail from the beautiful Caribbean island of Trinidad and Tobago. I am doing an amazing masters program in International Film Business and I have been a filmmaker for the last 10 years. I directed my first feature length film titled Green Days by the River in 2017 and I am looking forward to making some films in the UK. I hope to share my experiences, travels, passions and stories with you on this blog.

All posts by Michael

European Film Market
Business cards – packed, flyers for Green Days by the River (my last film) – packed, smart dress code – packed, passport and most importantly good vibes – packed. I am as ready as I ever will be for my very first Berlinale Film Festival. I have been to festivals such as TIFF, Tribeca and LA Film Festival and found that the bigger the festival, the harder it is to network, get access to panels and see films while the smaller festivals make it easier to get access to people, and have an experience. I wanted to be sure to meet as many people as possible and learn as much about the European Film Market (EFM) and understand the role and importance of this market to the industry and for filmmakers. END_OF_DOCUMENT_TOKEN_TO_BE_REPLACED