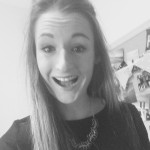 Hi I’m Mia! An undergraduate at Exeter in my first year studying a BSc in Sociology. I decided to join the flock of online writers to report the truth about the life of a fresher in Exeter only a few weeks ago, so I'm relatively new to blogging (please bear with me). I can’t make any promises with regards to any kind of ‘quality writing’ but do apologise in advance for that, I can however say that it will be totally honest and hopefully amusing, reporting the highs and lows of the supposedly ‘best years of your life’.

All posts by Mia

A Day in the Life of a Superfood Sceptic

Every year the latest food ‘hype’ is splattered over the media whether it’s the importance of eating organic as seen in 2012, going gluten free in 2013 or the renowned ‘superfoods’ which in 2015 we were made all too aware of. The term ‘superfood’ became the popular buzzword in the food world last year, and even as students, tucked away in the south, it is something that we have been made to believe in, but what does it actually mean? And should we be getting involved?

Before coming to Exeter, I would have classed myself as a foodie. Not necessarily in the regard that I’m a vegetarian, gluten-free lover or self-nutritionist as some claim, but it was all goats cheese tarts, spinach and ricotta. However, like many others who have come away to university, my eating habits have degraded and I can no longer make that claim. All originality has vanished and cooking has gone from being a hobby, to a chore, simply a source of stress. The small self-catered kitchen in my Birks flat has become daunting, consisting of large piles of washing up, lacking clean surface space due to the remnants from last nights ‘flat party’ still remaining.