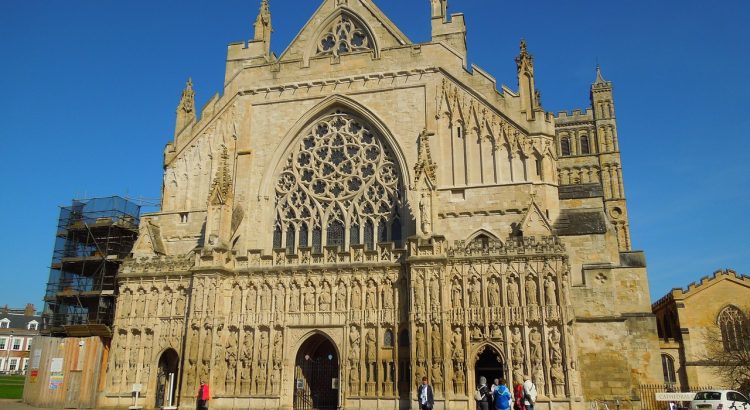 8 Reasons Why Exeter is an Incredible City for PGCE Students

For graduate students at the University of Exeter, there is more to student life than pubs and clubs. The city of Exeter has plenty of places to relax or enjoy a night out, but there is so much more to explore and enjoy in the city centre and beyond. Described by The Sunday Times as ‘perfectly positioned’, here are just a few reasons why many consider Exeter to be one of the best places to live in the country.

Exeter is surrounded by natural wonder and beauty. Located right in the heart of Devon, the city is ever so close to more than 600 square miles of National Park landscapes: Dartmoor and Exmoor.  One of the National Trust’s most celebrated properties, Killerton House & Gardens, is just a stone’s throw from the city. And did we mention the beaches? The Jurassic Coast and South West Coast Path are on the doorstep of the city, with sandy shores, water sports and rock pooling all playing a regular part in Exeter life.

Exeter has been a settlement since around 55 AD, so if you’ve got a passion for history then the Roman walls, Saxon towers, Victorian catacombs and massive gothic Cathedral are just the start. The city has a wealth of architecture and heritage that can be explored at little to no cost. On a Red Coat Guided Tour or Heritage Open Day event, the city becomes an open museum. Annual events on Exeter Cathedral Green, the historic Quayside, and canal fill these landmark sites with music, art, and crafts throughout the year.

By rail, air, or road, Exeter is remarkably well networked. Trains from Exeter can get you to Bristol in under an hour or to London Paddington in about two hours. The M5 motorway ends at the city, making links to Birmingham, the Midlands, and even Wales speedy and simple.  If you’re going further afield, daily flights from Exeter Airport connect the city to more than 15 different countries.

The environmental significance of the River Exe is recognised by national organisations such as RSPB, Devon Wildlife Trust, and the Environment Agency who are based in the city and work to shape green spaces that support wildlife and enrich the lives of local people. In addition, initiatives like Exeter City Futures are working towards energy independence and reducing congestion.

Exeter’s location and regional significance have created an environment in which communities are served by a diverse mix of schools, academies, and colleges. Primary, secondary, rural, urban, special needs, Church of England or community-led: there’s plenty of options. In short, Exeter’s PGCE candidates benefit from a city that values education and appreciates innovation. Enterprising students may wish to make contact with regional hubs like the WESC Foundation’s Specialist Centre for Visual Impairment or Exeter Mathematics School to see a range of learning styles first hand.

Exeter is no stranger to world-class sporting events. In 2015, Exeter’s Sandy Park stadium hosted 3 matches during the Rugby World Cup. When not playing host to the world, the stadium is home to Exeter Chiefs Aviva Premiership Rugby Club.  It’s not just rugby, either. Cycling spectacle, Tour of Britain, has made multiple visits to the city. And supporter-owned football club Exeter City is full of surprises, bringing FA cup ties with Manchester United and Liverpool FC over the years.

Exeter’s rolling hills are easily traversed by foot, bicycle, train or bus. For cyclists, the National Cycle Network’s riverside Route 2 is the city’s lifeblood making many areas quicker to reach by bike than any other method of transport. The compact city centre has many of the best amenities in close proximity for getting around by foot, while city centre bus and train stations provide links to the further reaches of town and beyond.

Exeter is a city with a strategy for growth and development at its core. International innovators like the University of Exeter and the Met Office are driving year on year economic growth that is outperforming the national average. A recent report ranked Exeter as one of the country’s top 5 cities for economic growth. With employment and production forecast to increase steadily into 2020, the appetite for progress contributes to an invigorating climate for learning.

Still want to know more about what Exeter has to offer? Take a look at Visit Exeter and for more information and try visiting the city for yourself!