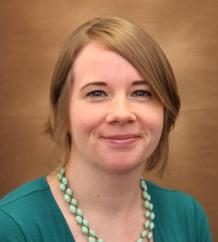 The Embodied Ministry: Gender, Sexuality and Formation conference took place at Ripon College Cuddesdon (situated in a very pretty little village a few miles from Oxford) in July. It was organized by the Centre for the Study of Christianity and Sexuality Theological Educators’ Group, and was targeted at people involved in theological education. The Theological Educators’ Group has met together for several years now, with a conviction that what goes on in the training of clergy and other ministers across Christian denominations doesn’t always give space for self-reflexive learning in areas such as sexuality and gender identity – and that that can have knock-on effects down the line in ministry. So this conference aimed to bring together academics, trainers and practitioners from various contexts to reflect together on how recent and emerging work being done on sex, gender and sexuality might make a difference in theological education and formation.

Happily, Exeter was well-represented among the speakers: Adrian Thatcher (emeritus professor) and I myself both gave papers (Adrian on themes from his new book, Redeeming Gender; and me on findings from my research project with intersex Christians and their implications for the theory and practice of ministerial formation), as did David Nixon (former research associate at the Graduate School of Education working on the No Outsiders project, and now Dean of Studies for the South West Ministry Training Course). David’s paper had the fabulous title “Sod ‘Em, Sod ‘Em Like There’s No Gomorrah: Comparing Sexualities Education for Teachers, Doctors and Clergy in the UK”, and drew on empirical research done with trainee teachers at Exeter’s Graduate School of Education, and medical students from the Peninsula Medical School. 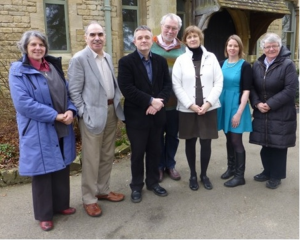 Some of the presentations centred on practice-based reflection, including Carla Grosch-Miller’s “Fifty Shades of Grace: The Crafting of Sexual Wisdom”, based on her doctoral research on developing pedagogical tools for equipping ministers to integrate their sexuality and spirituality. Martyn Percy, nearing the end of his time as Principal of Ripon College Cuddesdon (he is just taking up a new role as Dean of Christ Church, Oxford), hosted and welcomed us.
Some of the papers from the conference will be published in a special issue of Theology and Sexuality, which I’m co-editing with Martin Pendergast of the Centre for the Study of Christianity and Sexuality and which will come out in 2015. We hope that a follow-up conference will take place in 2016 in association with the British and Irish Association for Practical Theology – location to be decided!