Welcome! This is the first blogpost in a three part series of stimulating resources to whet your appetite over the summer for your Theology and Religion degree. Everyone here in the Theology and Religion Department at the University of Exeter is hoping that you are all well during this very bizarre time of year – a time when you all thought you would have been revising for and sitting A Level exams prior to a summer spent outdoors. Because we know some of you might well be feeling anxious about coming to university, or you may just be eager to start thinking about Theology and Religion in lieu of revising for your exams, these blogposts are going to give you a ‘menu’ of options to explore and peruse. This post is focused on Christian beliefs and history, while subsequent blogposts will be on Biblical Studies, and Religion, Philosophy and Ethics. We hope you enjoy these resources, and we look forward to meeting you at the start of term!

Here are some BBC radio programmes and podcasts to get stuck into while you’re doing the dishes: 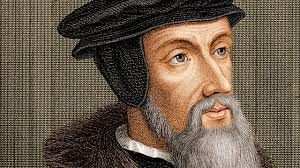 John Calvin, a Frenchman exiled to Geneva, was hugely influential in the 16th century Reformation of the Christian Church. He was a writer, popular preacher and biblical scholar, whose works were spread far and wide through the new technology of printing. His theology and his distinctive ideas about how to organise church communities spread rapidly across Europe, and on to the New World in America. One of Calvin’s most striking ideas was ‘predestination’: the idea that, even before the world began, God had already decided which human beings would be damned, and which saved.

The Nicene Creed was the result of one of Christianity’s first public and universal church councils—called to debate the ideas of a controversial theologian called Arius. Arius was condemned as a heretic for his claim that Jesus Christ was inferior to God 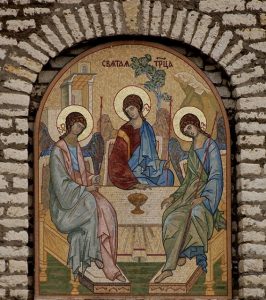 the Father. These debates at Nicaea and afterwards led to the development of the Christian doctrine of the Trinity: God as Father, Son and Holy Spirit. A version of the Nicene Creed is still said at many modern acts of Christian worship. This podcast will be particularly useful in preparation for our first-year core module, THE1103 Introducing Christian Theologies, where you’ll study some key Christian doctrines and beliefs.

Here is a related video made by the University of Nottingham: “Why study Arius of Alexandria?”

Augustine’s Confessions – See also this YouTube video about studying Augustine at University (created by the Department of Theology and Religious Studies at the University of Nottingham). 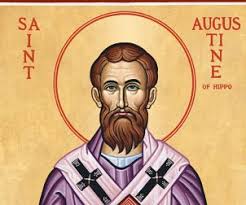 Christian theology—for example, for his ideas about creation, sin, salvation and love. But his autobiographical work, the Confessions, also had a deep influence on Western literature: it has shaped the way in which people think and write about themselves. In this podcast, one of our lecturers, Morwenna Ludlow, debates the Confessions with Melvyn Bragg, Kate Cooper and Martin Palmer.  Morwenna teaches a module on Augustine’s Confessions for 2nd and 3rd year students.

St Thomas Aquinas: Another hugely influential thinker in the Christian tradition, especially important for Catholicism. Philosopher, theologian and ethicist, known for his arguments about the existence of God, the nature of human morality and specific ethical problems like the justice of going to war.

Hope: – one of our lecturers writes: “Hope might seem like a rather abstract concept, but this fascinating discussion made me think about it all over again. It raises big questions about our attitudes to ourselves, the future and uncertainty—immensely relevant to today.”

Purgatory – The idea that there might be a temporary place of cleansing or reform after death gradually developed from very hazy ideas in the 2nd century to the carefully-imagined system portrayed in the poet Dante’s Purgatorio. While hell was permanent, purgatory offered the hope of moving on to heaven. But the idea, and the practices associated with it, such as praying for the dead and the possession of holy relics, became increasingly controversial and purgatory was one of the contested topics at the heart of the Protestant Reformation.  This podcast would be especially relevant to one of our 2nd and 3rd year modules: “Heaven and Hell throughout the Ages”.

Here are some videos to watch to introduce you to some key areas of Christian belief and history:

If you have access to Box of Broadcasts through your schools these programmes are worth watching:

A History of Christianity

In the first of a six-part series sweeping across four continents, Professor Diarmaid MacCulloch goes in search of Christianity’s forgotten origins.

Here are some other YouTube videos made by the Department of Theology and Religious Studies at the University of Nottingham that will help set the scene before you come to study at University:

“Why study Mary, Mother of God”

If you fancy reading something to get your academic juices flowing then why not take a look at the University of Exeter’s very own undergraduate Theology and Religion journal, The Key?

In some of your studies you’ll start to look at different approaches and perspectives on Theology, such as postcolonialism. For a nice introduction have a look at these YouTube videos on Colonialism and Postcolonialism.

Robert Beckford’s 2016 documentary The Battle for Christianity is useful on sociological shifts in Christianity in Britain. It also covers secularization, immigration, and imperialism.

The BBC documentary series Empire, presented by Jeremy Paxman,  is useful on the history of links between mission and empire

There is a great TedEd documentary on religion in art. Before we began putting art into museums, art mostly served as the visual counterpart to religious stories. Are these theological paintings, sculptures, textiles and illuminations from centuries ago still relevant to us?

Be sure to have a look at our next blogpost on Biblical Studies!