Translated from Galician by Craig Patterson

In Home is like a different time, Galician writer Eva Moreda delves into the lived experience of emigrant communities in London in the 1960s and 70s. She writes from the perspective of Gelo, a recently widowed young(ish) man who has travelled from his home town of Veiga in Galicia to seek a different life in London, leaving his home – and with it his former life – suspended in his memory, exactly as it was when he left: “To go to London, Hamburg, even Madrid or Barcelona, as some people go, was to really go: to be resigned to not seeing Veiga for a year or two. It was knowing that in your mind, Veiga was going to be frozen in that same moment when you left.” In the original, the title is Veiga is like a different time (A Veiga é como un tempo distinto), and the more general “home” is well chosen for the translation, opening up the narrative to invite a more universal connection and empathy. Veiga features throughout as distant yet always remembered, a place to leave but one which is never truly left behind. Moreda’s prose is limpid and precise, and this is delicately rendered in the translation: despite an occasional overly literal term or grammatical slip, Craig Patterson communicates sensitively the undertones of longing and belonging, as well as the numerous “unsaids” so crucial to the tone of the work. Patterson resists the temptation to over-explain, showing a discreet understanding of Moreda’s uncluttered style. 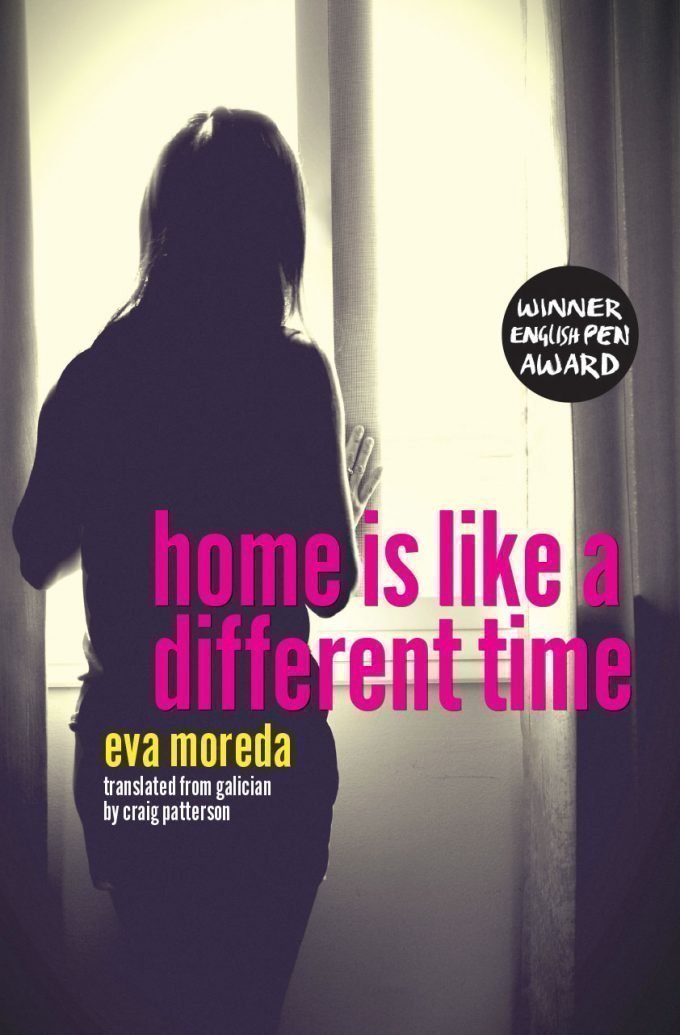 Gelo addresses his narrative to a second-person “you”; this “you” is Elisa, a young woman from Veiga who Gelo meets again in London and whose life intersects with his in ways that contribute to the wistfulness and longing that pervade the text. Veiga is described as frozen in time; Elisa describes its traditions and expectations when she acknowledges that “My mum sees me working in a shop, my granny tidying up and her doing the accounts. It’s all she dreams about and hopes from life”. England is represented, then, not only as a different place, but also as a different time – in terms of years elapsed, but also a time of different attitudes and possibilities, “a country where there were no haberdasheries or families of three generations of women who lived in the same house.” Apart from one chapter which returns to the “different time” in Galicia to explain how Gelo met Elisa, all the chapters in the book take a London place name as their title. This not only shows the various locations that were significant for Galician emigrants at the time the narrative is set – places that define the characters who inhabit them, and the different versions of themselves that those characters embody in each place – but also traces Gelo and Elisa’s path through London. Both of them leave Veiga in search of something different, and both end up by turn finding and losing themselves in their new lives.

Gelo takes a job as a waiter, and the hostility towards emigrants is palpable even when not overt: Gelo’s name is rejected outright by his boss (“Gelo” sounds too much like “hello”; his full name, Angelo, is too aberrant, for how could the boss call a man Angel?) Eventually Gelo’s boss decides that he will be called Martin (a calque of his surname, Martiño), and so Gelo’s dual life begins: Gelo is “left behind somewhere, in a different time”, while Martin is swallowed up by his life in London (“I became more and more Martin and less and less Gelo”). Identity is not chosen but imposed, and this duality and eclipsing of identity is echoed elsewhere: Elisa finds work under the name “Liz”, and is employed by Marks and Spencer on Oxford Street, despite the manager’s reservations about “how the very middle-class customers of that establishment would take your imperfect accent, your at times intuitive English.” If Gelo’s life is full of unfulfilled desires and dreams, then Elisa’s is even more so: there are hints of foreboding early on, references to her eventual disappearance, and details of how she slips away from Gelo as her dreams retreat further away from her, until eventually Gelo acknowledges that “I knew that my Elisa no longer existed.” London is a place of opportunity and possibility, its streets bursting with colour and music, its enclaves brimming with camaraderie, but it is also a place that can strip away Elisa’s dreams, community, and sense of identity, as she moves through increasingly hardened incarnations of herself. Gelo is the only one who still sees “his” Elisa, and who never gives up on her, and in this sense the story is as much about the fleeting, flitting Elisa as it is about Gelo himself.

As we follow Gelo through London, “that immensity, that mass, that gravitating mass that ended up swallowing you as it twists and turns, so everything ends up becoming less important, less than in Veiga”, Gelo in turn follows Elisa – always moving, always elusive, shifting as much in identity as in destination: “The Liz from Oxford Street […] who sold skirts and perfumes in Marks and Spencer in the centre of London, who liked to go to Brighton in the summer. That Liz was alive just three years before. In the days of Bethnal Green, nobody knew where she was. Today, nobody knows where Elisa from Bethnal Green is.” Elisa’s disappearance is explained towards the end of the novel – as usual, I shall avoid spoilers, and restrict myself to saying that all the nostalgia and desire gathers and bursts out in the revelation of Elisa’s fate.

Though Gelo has both a deceased wife and, eventually, a new one, the love story in Home is like a different time is about neither of these women, but rather about the one who is never his, the one in whom he sees himself reflected, the one who always exists in a “different time.” Moreda brings to life the streets and sounds of London in the 1960s and 70s, but above all gives voice to the difficulty of being caught between two worlds, languages and identities. This beautifully observed short novel is meditative and yearning, a hymn to the resilience of the human spirit and to the lengths we will go to for love, in whatever form that love may take.

Review copy of Home is like a different time provided by Francis Boutle Publishers.