In Nervous System, Lina Meruane returns to the obsessions with a failing body that preoccupied her earlier work, the uncomfortably brilliant Seeing Red (also translated by Megan McDowell, published by Atlantic Books in 2018). In both books, Meruane explores how a body pushed to its limits clings to life: in Seeing Red, the protagonist is suffering from a degenerative ocular condition that makes her eyes fill with blood, and in Meruane’s latest novel the main character is suffering from a disease of the nervous system. If the tension between inside and outside the body in Seeing Red was almost cannibalistic, in Nervous System illness is treated differently, the interior observation of the body’s limits aligned with the infinite reach and renewal of the cosmos. 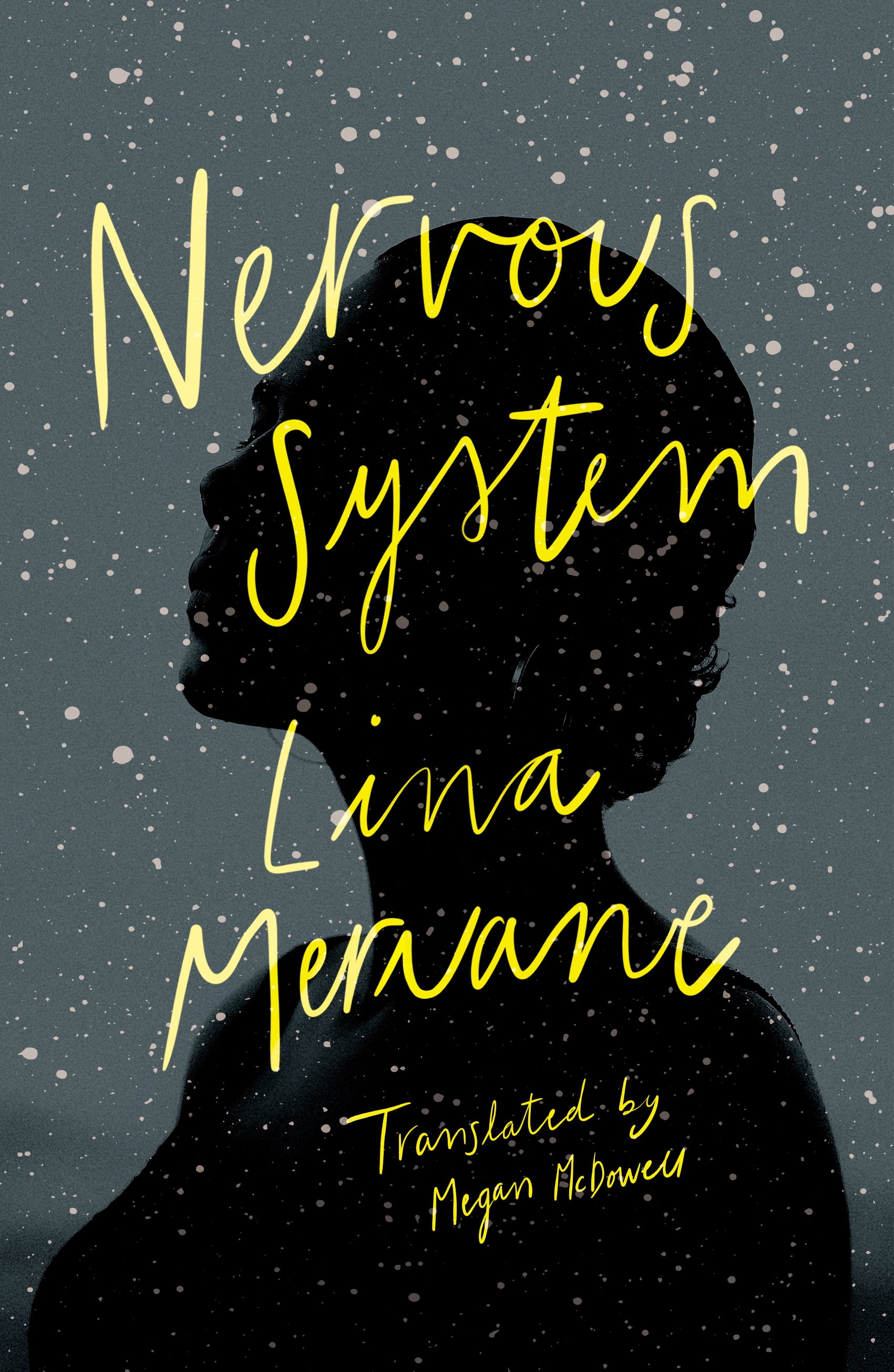 The main character, Ella, is trying to write her doctoral thesis on black holes, and feels unable to complete it. She wishes she could have an acceptable pretext for taking some time off, such as an illness severe enough to prevent her working but not dangerous enough to kill her; this wish is fulfilled when shooting pains in her arm turn out to be a degenerative disease affecting her nervous system. Ella’s doctoral research takes on new meaning as her nervous system is mapped out before her like the solar system: connected, fragile, and immensely complex. Ella comes to embody the matter that she studies: she is obsessed with “stars that had already lost their light and collapsed in on themselves”, and is herself presented as exactly that. She is at once a dreamer who “dreams of bottling shooting stars” and a fatalist, convinced of her own inability to carry out her research or to function in the world. The vocabulary consistently reinforces the parallel between Ella’s body and the cosmos, yet this is not to designate Ella as extraordinary in any way (indeed, Ella’s name means “she” or “her” in Spanish, and her boyfriend is named El – “he” or “him”), but rather to show her connectedness to everything in her universe: her family, her past, her country (both the one she was raised in and the one she has moved to), her relationships (the hole at the centre of the galaxy is “a navel so dark no-one has ever seen it”, the galaxies that cannibalise each other a subtle metaphor for Ella and El’s own relationship), and everything that formed her and that she helps to form.

Ella has always suffered from the knowledge that her mother died in childbirth, and that her older brother forever holds her responsible. She is sharp, brittle and full of self-doubt, struggling to live her life when her body fails her, but refusing to be defined by its difference. She is “always trying to mend the fracture of childhood”, orbiting around the varyingly stable points in her life as she tries to make sense of her path. The language describing these connections is rich, by turns (and sometimes simultaneously) savage and delicate: El is “skinny as a dagger”, Ella’s birth mother is “the body that had held her before sending her out into the world.” Megan McDowell maintains this tension in the translation with a rich lexical range and many memorable expressions. Right from the second page there was a sentence I couldn’t stop returning to (about birds frazzled on electrical wires), both in and out of context: “Those bodies, possessed by the light.” The banality of the everyday is tied to the infinity of the universe in both content and language: when there is a nationwide power cut, the country becomes a “giant black hole”, and the protagonist remembers a time when her house had been full of “long skinny nebulous candles, wrapped in blue paper or tied with string, ready for emergencies.” The italicisation of expressions that are either contextually or syntactically unexpected is a feature of the narrative, and McDowell excels at rendering these in ways that stand out but never seem inappropriate (for example: “Her nervous system kept the memory failed twisted useless of an injury and went on reliving it”).

Ella’s illness is not only aligned with the cosmos, however, but also to life on Earth: “infection” from immigration is life, whereas immunity to it is death, and there are warnings that seem medical, but are really social comments. Observations on immigration (“It’s no longer a state secret that the cadavers belong to recent immigrants and that they aren’t the only ones: others are discovered during the excavation for the foundation of a building, and in a mass grave beside the river with shovels swastikas knives banners proclaiming death to migrants”) sit alongside important perspectives on gendered violence (“because even before that night another man had come at her. In a bend of the past. In her own country … He held her neck, pressed her face against the wall crushed snails warm slime. On her thighs some rough fingers multiplied and tore at her underwear, went into her like slippery worms, covered her nose so she’d open her mouth”) and on the inhumanity of the healthcare system (“Into the trash went the tattered crab and the whole maternal breast”). Connections and consequences are also foregrounded in comments such as this one on the unseen effects of social rehabilitation and progress:

“The tower rebuilt after the attack that brought it down had powerful beams pointing up to the sky, to illuminate the route of so many lost souls. Those rays interrupted the migratory routes of birds, and thousands of them got tangled up in the light, whirling around drugged hallucinating interrogated by bright spotlights, noisily flapping their arrhythmic wings. Trapped in the light, they finally fell from the air at dawn.
Birds with failing hearts exploding on the pavement.”

The alternative perspective shown here is characteristic of Meruane’s writing: accepted narratives are questioned and subverted without being overly political or moralising. The perspective throughout Nervous System is, simply, one of connectedness: though it has an almost linear story at its heart, it is forever circling and returning to its primary preoccupations of the apparent dualities of health and fragility, enormity and banality, violence and tenderness. Its great accomplishment is that the connection between the individual body and the cosmic one is maintained throughout without ever seeming forced, and this carries through in McDowell’s translation: Nervous System is clever without being pretentious, introspective without being self-indulgent, and grand without being grandiose. This is an intelligent and profound follow-up to Seeing Red, and is sure to appeal to admirers of Meruane’s work as well as those discovering her for the first time.