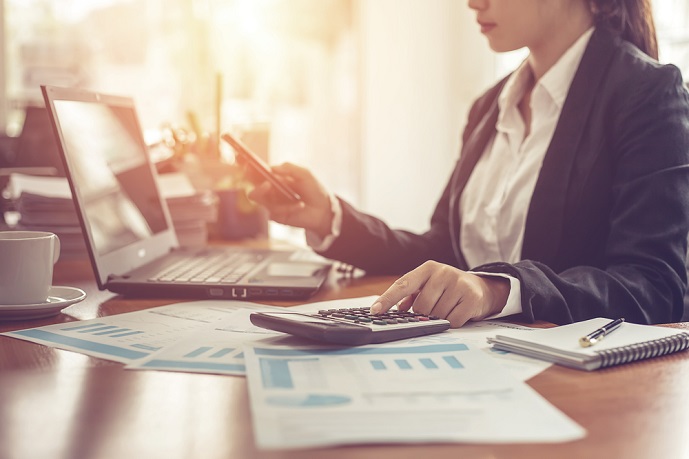 The job site Indeed reported in April 2018 that UK translators earned an average £24,115 per year over the past 36 months. 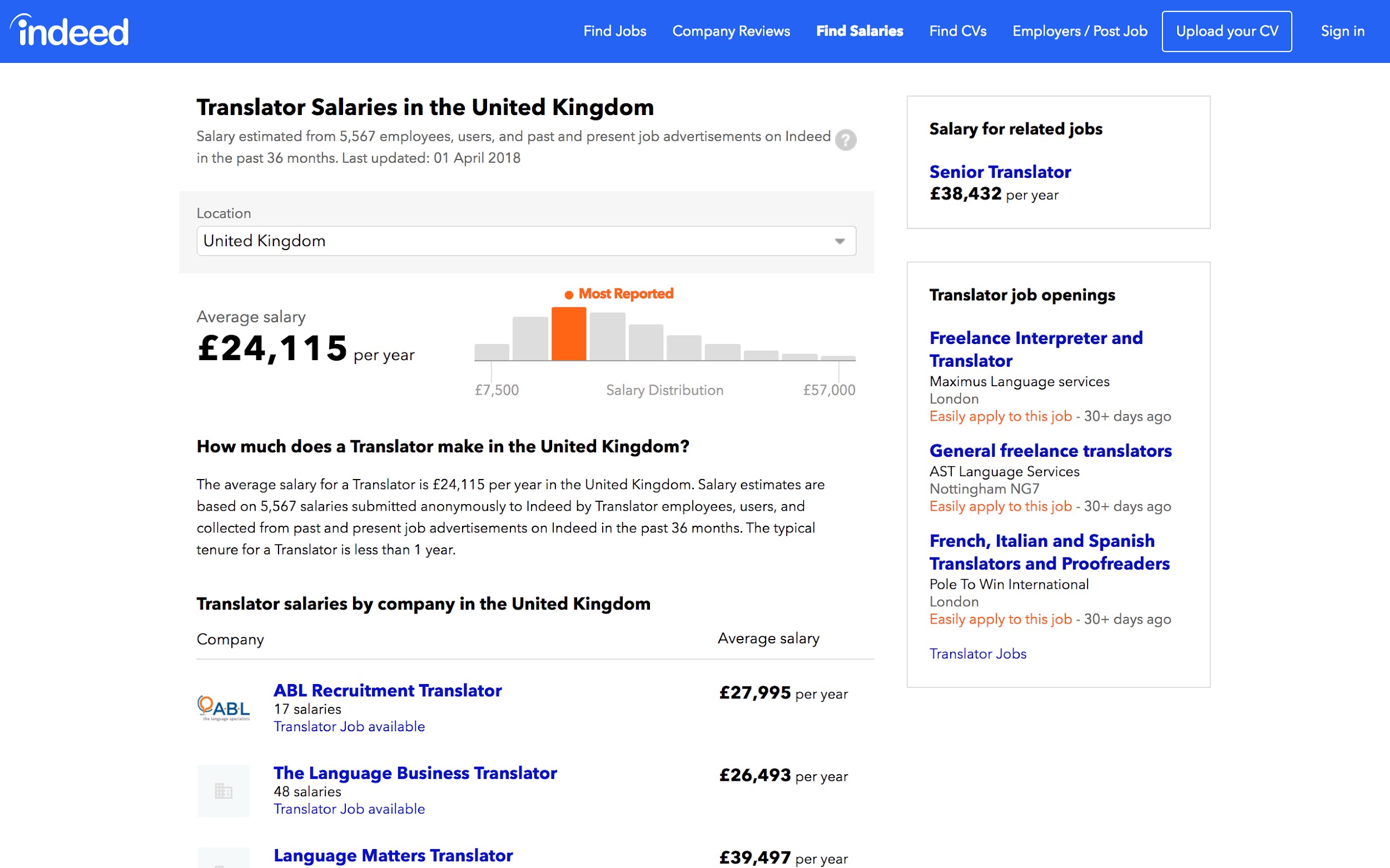 As the graph above suggests: translation salaries vary considerably. They depend on a number of factors including the country of employment, language pair, language direction, specialisation and whether the translator works as a freelancer or in-house employee.

On average, translators in the UK earn a starting salary of £18,000 to £21,000 per year. They may earn over £30,000 in more experienced roles. In the US, the average salary for a translator is $40,000 per year (Sources: Glassdoor, Totaljobs, LinkedIn — via Translate Media). Translators for the European Union and United Nations tend to earn the most. As a result, these positions are extremely competitive.

The salary of a freelance translator is much harder to determine than that of an in-house translator because they have more control over the type, quantity, and price of the work that they do.

There is a massive gap between the lowest and highest paid translators, which may be explained by the fact that the majority of translators are freelancers. By nature, the income of freelancers varies considerably. In the UK, in-house translators earn between £18,000 and £30,000 per year. Average income in the US is $40,000. Freelancers can earn a lot less or a lot more. They need business skills like sales, marketing, management, and communication.  Overall, translators can anywhere between £18,000 per year and £100,000 + per year.