By Alexandra Bayliss, BSc Business and Management with European studies

“Did you know that Exeter has the highest tree to student ratio in the country?”

That is a saying you’ll hear quite a bit as a student here, and it’s obvious why when you see the beautiful green campus. Along those lines, I think we could start saying “Did you know that Exeter University has the highest society to student ratio in the country?” because it sure feels like it, but don’t quote me! Oh my goodness, there are just so many fantastic societies at Exeter. For the longest time, especially in first year, I thought this was the norm at any university.  It turns out that having over 200 Guild (Students’ Union) societies and over 80 Athletic Union clubs, is quite unique. That means there are more than 280 options for you to try, before finding your crowd. I had a go at tons of clubs before I found my perfect one, and I think that after some testing and trying, everyone can.

As a first year I joined everything I thought sounded appealing. Disney Society, Body Society, Hide and Seek, and Trampolining. Now, I’m not saying that everything you pick, you’ll stick with. I definitely didn’t play a single game of Hide and Seek at University, but it became a great conversation starter because it was so unusual. But thanks to the amount of things I tried I ended up finding what is essentially a very big, if not the most important part of my identity as a student. 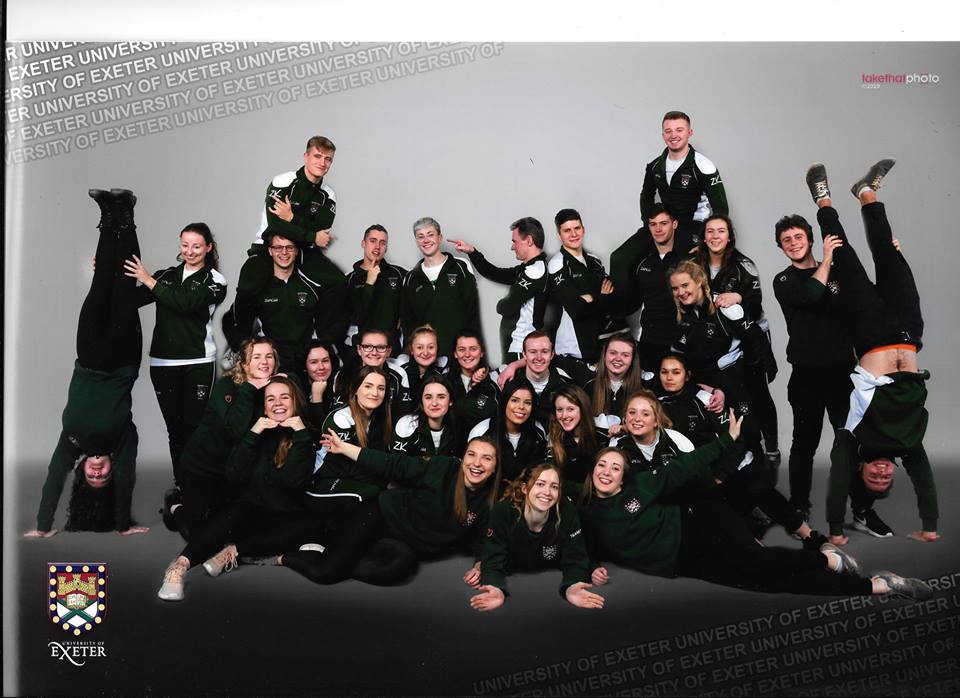 Believe me when I say I never (ever!) expected to be a trampolinist. Trampolining is an extremely niche sport in the UK and the club is young and still growing. Yet it is where I found my place, my people and my Exeter family. Trampolining was my pick, and *cheesy alert* I fell in love with the sport and the club pretty instantly.

The great thing about joining a sport or society is that it makes it very easy to feel like you belong. There is just something about wearing your club’s stash (slang for kit!) everywhere you go with great pride. I find comfort in knowing I am part of something so special and that I love so much. It also structured my life pretty effectively, and when I came back to Exeter after a year abroad, it is where I found my Exeter home again.

Obviously you don’t have to join trampolining (although clearly it’s fantastic and I’m not biased!); what I’m saying is that a club like this it is a great place to start making friendships you’ll most likely never lose. It’s a great way to find another purpose than your essay deadline. It is a great way to feel part of something bigger than yourself.  Join a society, join a sport, join an intramural. Join and get involved. 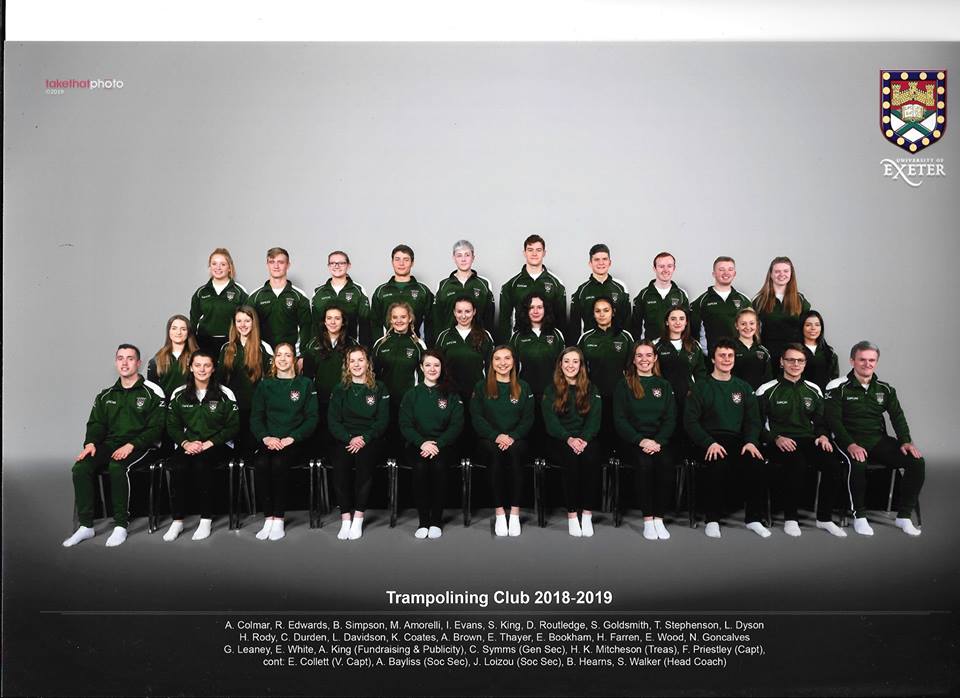 I have never felt more at home than in the lower gym at St Luke’s campus. I have never felt like I belong more, than by being Social Secretary for my club. I have never felt happier than watching people join the club after I recommended it to them (for probably the 8495th time). And I thank my Fresher self every day for taking myself there.

There is so much more to university than grades.  Being part of something you love will 100% ensure the memories you create last a lifetime.

To find out more about societies visit the students’ Guild website