I feel rather nervous writing a blog post at the start of 2021. 2020 unrolled in ways unforeseen and ended with further unexpected and daunting twists and turns. There has been much heartache for many and unexpected difficulties, as well as some positives. Thinking about 2021, and some of the ‘New Year’ themes people often write about seems challenging to say the very least. Education, does, however, have a part to play in responding to these challenges, particularly education which foregrounds creativity and opening spaces for possibilities of new ways to be in the world together.

In Sustainable and Democratic education: opening spaces for complexity, subjectivity and the future (2020) I argue that education has the potential to enlarge ‘the space of the possible’ (Davis et al. 2004:4) rather than replicate the existing possible. Such education can encourage emergence of the new, including new subjectivities (ways to be in the world and to relate with others, including the other than human).  It can open possibilities for unforeseen and unforeseeable futures. ‘Enlargement of the possible’ is needed now more than ever before, in this era of the Anthropocene, where Western hubris threatens both human survival and that of myriad others on our shared planet.

Education, particularly Western education founded on ideas such as rationality, autonomy and static conceptions of the world, needs to be re-envisioned if it is to have potential to enlarge the space of the possible, including other possible ways to be in and know the world. Such re-envisioned education needs to encourage playful engagement with the abundant materials and possibilities of the thick present. It needs to make time and space for encountering others, for listening, for attentiveness, entanglement, entwining, tenderness towards the other and a willingness to enter into encounters in what Topolski (2015:176) calls ‘the space between I and we’. Such encounters require ‘carefully listening to available voices’ and ‘actively de-centring the taken-for-granted human voice and the re-centring of more-than-human voices’ (Jickling 2018: 35). 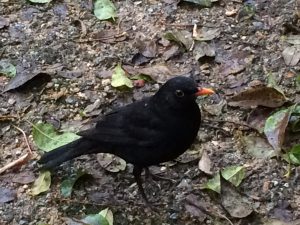 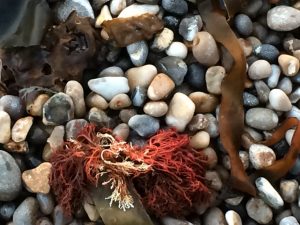 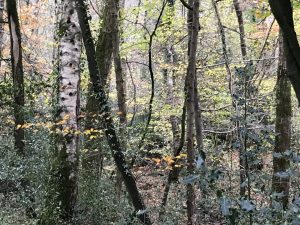 I recognise that encouraging emergence of the new can be problematic, raising for example questions such as what if what emerges is not seen as desirable and who gets to decide. Education can be a place to explore these questions. Ideas and inspirations can be drawn from a range of sources (see Chave 2020) including Indigenous thinking on relationality (for example see Little Bear 2000, 2016, McGregor 2009, Donald et al. 2012), feminist ethics of care (for example see Gilligan 1982,Tronto  and Fisher, 1991, Puig de la Bella Casa 2017)  and Arendt’s (1974 [1958]) thinking on immanent ethics. Arendt proposes forgiveness and mutual promise-making as a way to respond to the unboundedness, unpredictability and irreversibility which arises when the new is inserted into the world and taken up by others in unforeseen ways.

These are hopeful ideas. This is not hope arising from what Dryzek (2005) calls a ‘Promethean’ view in which we rely on human ingenuity to find ways for us to return to and continue with ‘business as usual’. Instead it is hope founded on approaches which challenge the myth of separateness whilst also not erasing the uniqueness of each participant in the world. It is hope which values all humans and parts/participants of the wider natural world, as well as the inter and intra connections between us. Having hope is not always easy. I am grateful to the poet Evelyn Araluen Corr, a descendant of the Bundjalung Nation, who shared with me that in her Indigenous language the concept of hope includes a sense of ‘acting as though hope were possible’. This opens a way to act for and towards hope even in situations which appear hopeless: a situation many understandably feel in the world today. It emphasises the necessarily active nature of hope – a focus on ‘doing’ rather than ‘contemplation’ – calling to mind Orr’s (2007:1) assertion that ‘Hope is a verb with its sleeves rolled up’.

Wishing you an active and hopeful 2021! 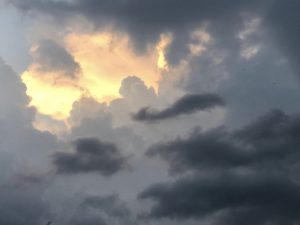 Topolski, A. (2015) Arendt, Levinas and a politics of relationality, (Reframing the boundaries: Thinking the political). London: Rowman & Littlefield International.