Posted by Jonathan Cresswell on 08 February 2019 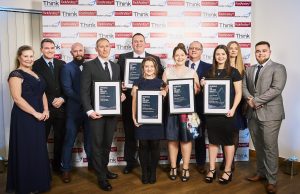 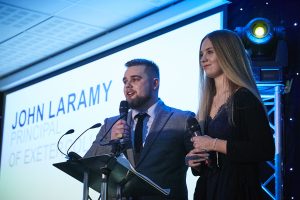 The ceremony was opened by the Deputy Lord Mayor of Exeter, Councillor Rachel Lyons, with Honor Lovell and Ben Snow (apprentices from the University of Exeter) hosting the evening on behalf of Exeter College.  Awards were presented to Apprentices, who have each been put forward by their assessors for their exceptional work throughout their Apprenticeships.

The University of Exeter’s innovative apprenticeships scheme has been recognised, by securing a number of honours at a regional awards ceremony.

The University was also named as “Large Employer of the Year 2019” at the ceremony, which is organised to recognise the exceptional work carried out by apprentices in different fields over the past year.

Exeter apprentices Kevin Wigmore and Amber Bassett both secured the “Apprentice of the Year” award in their individual categories. 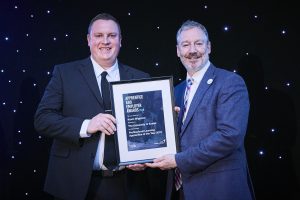 Kevin, who is enrolled on a Team Leader / Supervisor Level 3 Apprenticeship, was praised not only for his work ethic and professionalism but also for taking on increased levels of responsibility and developing new skills.  His citation said:

“Kevin has really embraced the learning experience and has been fully engaged with the process. He is self-motivated and has shown a true commitment to completing his course successfully and will become a very skilled and professional manager, and truly deserves this accolade.” 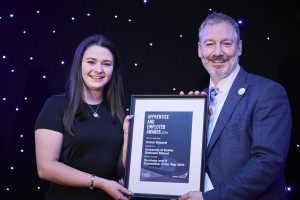 Amber, who is enrolled on a Business Administration Level 3 apprenticeship, was lauded for the “positive impact she has had on her team”, and was described as “conscientious, professional and polite.”  Her citation said:

“Amber quickly mastered her role and has taken on more complex tasks, unflappable and adept at dealing with difficult situations. No task is too big or too small and she carries out her duties to a very high standard. In addition to her work at the University, Amber is a Young Apprentice Ambassador, championing the Apprentice route, and encouraging others who could also benefit from the initiative”. 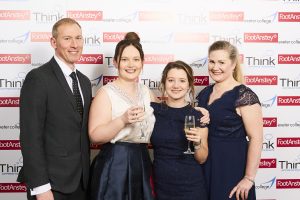 “Amelia not only showed exemplary performance in her role, but also made huge contributions to the overall team performance and wellbeing.”

“Hannah’s willingness to take on the challenge of a Team Leaders/Supervisor Level 3 Apprenticeship to progress at her organisation, her fantastic management skills and dedication should be recognised.”

Jonathan Cresswell, Learning Development and Apprenticeships Manager, at the University of Exeter said: 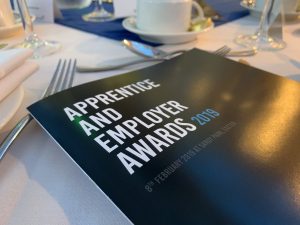