This post is written by network member Ishani O’Connor.

‘For too long, classical music has looked like the preserve of a certain kind of person performing for a certain kind of audience. Many have likely seen little wrong with that, largely because they saw themselves in the picture. But the world keeps reminding us again and again that there are those who scarcely see themselves in the picture and consequently feel that they don’t belong there…’ — John Gilhooly, Chair, Royal Philharmonic Society (RPS) – citation for the Chineke! Foundation on winning the first Gamechanger Award at the RPS Awards, 28 November 2019

‘I hope by us, the Chineke! Foundation, being recognised positively as Game-changers, that it’ll carry a message throughout our industry that we all focus not on what is lost, but by what is gained by creating greater diversity, inclusion & ultimately, belonging. We recognise that change isn’t always or necessarily for the better, however, we hope and believe in this instance a serious game in terms of history and tradition has been changed in a positive direction’. — Chi-chi Nwanoku OBE, accepting the RPS Gamechanger Award.

Founded by renowned double-bassist Chi-chi Nwanoku OBE in 2015, the Chineke! Foundation’s mission statement to ‘champion change and celebrate diversity in classical music’ has been practiced and enacted over its four short years of existence with a rapid ascendency in the classical music industry: impacting classical music seasons with the music of historically neglected Black and Minority Ethnic (BME) composers and commissioning many new works from contemporary BME composers; nurturing and supporting new BME talent entering the industry; increasing the diversity of audiences; establishing partnerships with learning departments of concert venues and with music hubs to work extensively in schools and community spaces across the country; and in its media presence in newspapers, on TV, radio and online. Chineke!’s work has changed the perception of classical music and the musicians who belong on the greatest stages of the world, but the ripples go beyond the industry and into the wider society, at time of great social division and inequity.

At the end of the second decade of the 21st century, the proportion of black and minority ethnic (BME) representation in orchestras worldwide falls considerably short of reflecting the ethnic make-up of the population as a whole. In the UK 1.7% of the membership of our 14 leading professional orchestras are BME compared to the overall population of BME representation of 15% and as much as 50% or more in major cities. Young BME musicians have few role models in the classical music world or in the media to inspire them to take up a musical instrument or to consider seriously a professional career pathway in music.

Through the work of Europe’s first majority BME Chineke! Orchestra and its sister project, the Chineke! Junior Orchestra for young BME musicians aged 11 to 22, and with a Learning & Participation Programme that has taken the joy and stimulation of creative music-making into inner-city schools across the UK, Chineke! is changing the perception of who can and should play in our professional orchestras and who belongs on stage; it has had a remarkable effect in attracting large numbers of BME people to concerts throughout England and in Europe.

The impact the professional Chineke! Orchestra has made on the annual concert seasons of the major venues of the UK and the new talent which the Chineke! Junior Orchestra has nurtured have almost single-handedly created the right conditions for young BME talent to blossom and therefore, in turn, has transformed the classical music sector in recent years.

Chineke! has commissioned eight new pieces of music by contemporary BME composers including Errollyn Wallen, Hannah Kendall, Daniel Kidane, James B. Wilson and Roderick Williams. Classical artists such as cellist Sheku Kanneh-Mason and his sister Isata Kanneh-Mason, the concert pianist and recording artist, have passed through the Chineke! stable. 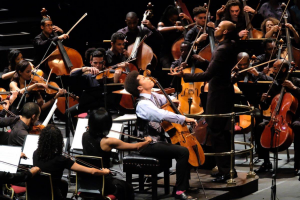 For the past four years, Chineke! has led the way as a learning organisation whose active mentorship of new BME talent and effective engagement with BME audiences is demonstrating to the wider industry how to increase ethnic diversity in classical music and therefore increase equity within the ranks of its orchestras.

However, after this initial burst of energy, how can we sustain support and commitment and where do we go from here? Now that some of the changes in perceptions are actively shifting the balance of power within the gate-keepers of the industry, how will this important work be supported, grown and developed to increase the likelihood of a lasting commitment to BME musicians who are still in the minority and thus create an established legacy and a secure future for everyone? Do we have the leadership in the marketplace, at institutions and in the media, who are courageous and representative enough to show a real commitment to change? 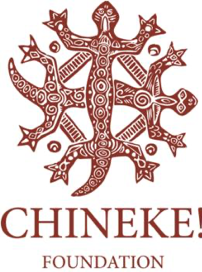 Ishani O’Connor has been the Learning and Participation Manager for the Chineke! Foundation for the past two and half years. Along with an expert and dedicated Chineke! management team, she manages the Chineke! Junior Orchestra’s annual calendar of concerts which take place on the stages of the Southbank Centre, where both Chineke! orchestras are resident and also at other private and public events. She also works closely with Chineke! partners – venues, music hubs and other charities to bring Chineke! musicians to schools and community spaces across England. Ishani has an MA in Arts Administration and Cultural Policy from Goldsmiths College, University of London and a BA in American & Commonwealth Arts from the University of Exeter. Ishani has played violin for 40 years and is a trustee of Dulwich Symphony Orchestra where she devised and ran an orchestra outreach project in a local state comprehensive school for three years. Ishani has worked closely with communities delivering arts-based, socially focused projects to bring people together. She helped to register a new charity for the residents of the Draper Estate in south London where she was a fundraiser and organised cultural festivals, classical music concerts and theatre for the community. In the past, Ishani has worked for BBC TV as a researcher for Specialist Factual-Arts and as a producer for an independent TV company making educational films for schools and universities. Ishani has a deep belief in the power of mentorship, having had such a positive experience of music teaching and performing in youth orchestras growing up, she feels that developing support for young people in music and arts education is fundamental to our society.