Welcome back to our third and final blogpost of videos, podcasts and other resources to explore over the summer. This post focuses on religions such as Judaism and Islam as well as atheism and agnosticism. There are also some resources about philosophy of religion, ethics and the study of religion and science.

One of the core modules you will take in your first year is named ‘Religion in the Modern World’, which is taught by a range of expert academics. The module convener, Dr David Tollerton, has provided some interesting resources that relate to this module:

The Commission on Religion and Belief in British Public Life 2015 report:

This report provides a picture of religion and diversity in 21st century Britain. It’s quite detailed, so to start with you may just want to read the executive summary (pages 6-8) and think about the key issues raised there.

This report thinks about agnosticism and atheism across a selection of countries, and aims to emphasise the diversity of unbelief across these contexts. It’s worth looking through the graphs to see if you find anything surprising in the findings.

A BBC website overview of the Northern Irish ‘Gay Cake’ controversy from 2018: 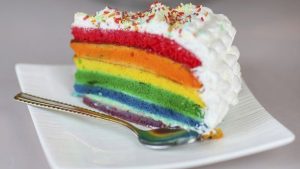 In the ‘Religion in the Modern World’ module one of the topics we address is relationship between freedom of expression, religion, and the law. This BBC article provides a short overview of a specific recent controversy in Northern Ireland – when reading through it, try to work out how you think the rights of those involved should be balanced under the law. 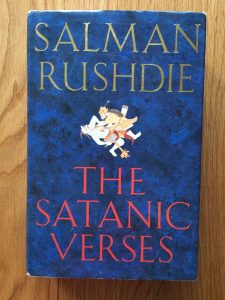 The Satanic Verses controversy in the late 1980s was a crucial event for thinking about religion in the modern world, particularly with regard to Islam in Britain. It provoked some of today’s continuing discussions of religious fundamentalism, freedom of expression, and the relationship between racism and treatment of religious minorities. This 2019 documentary looks at the events and how they continue to influence ongoing debates about religion in public life.

The 2018 BBC documentary ‘We Are British Jews’:

This 2018 documentary follows the discussions of a group of British Jews, emphasising their diversity of opinions and the complex relationships between religious, culture, politics, and identity. Jewish life often disrupts simple definitions of ‘religion’ (a concept that developed in Christian contexts), so as well as weighing up the issues discussed in the documentary it’s worth thinking about your preconceptions of what is meant by ‘religion’ and ‘identity’.

You may also be interested in some BBC radio programmes about Judaism and Islam, as you may also have the option to take ‘Introduction to Islam’ in your first year at Exeter:

Islamic Law and its Origins

Another module you will encounter in your first year is named ‘Philosophy of Religion and Christian Ethics’. Many of us here in the Department of Theology and Religion have 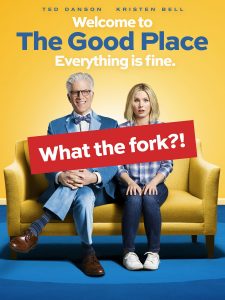 really enjoyed Netflix’s The Good Place because of the way it wrestles with good and evil. Treat yourself to watching it and have ponder about how we think about good and evil today. Is it harder to be good now than it used to be?

The BBC have also produced a radio programme about Good and Evil which makes for a great companion piece!

If you wold like to start exploring philosophy of religion yourself, take a look at this very easy to understand blog post What is Philosophy of Religion? and have an explore of the other helpful resources available there too!

One of the complexities concerning ethics that you will likely encounter in your Theology and Religion degree at Exeter is about how businesses can become more ethical. For an introduction to some of these issues have a look at this YouTube video, A Blueprint for a Better Business, and consider the following:

‘Business ethics’: are these two words contradictory when placed together? Can business be conducted ethically? A Blueprint for a Better Business asks businesses to consider ’purpose’, ’people’ and ’profit’. Profit is not the only consideration!

A Blueprint for a Better Business came about in 2011 when a group of senior business leaders approached the Archbishop of Westminster. These business leaders were convinced that the principles of Christian moral and social teaching, and in particular the tradition of Roman Catholic Social Teaching, could help bring about much needed change in business. Ever since, they have been active in encouraging businesses, large and small, to consider their social purpose and how employees can connect their personal plurality with professional duties and career progression. 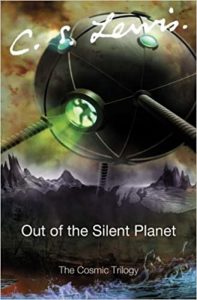 Science and Religion’, which will explore classic questions at the interface of science and religion through a problem-solving approach. So here’s a sneak preview of the first problem, which is to design a manned (personned?) mission to Mars. It might be fun to check out some websites on that, and/or read some of Kim Stanley Robinson’s excellent science-fiction trilogy Red Mars, Green Mars, Blue Mars. Of course, C.S Lewis’s hero also goes to Mars in Out of the Silent Planet…

For some BBC radio content on religion and science (and space!), have a listen to these:

Space in Religion and Science