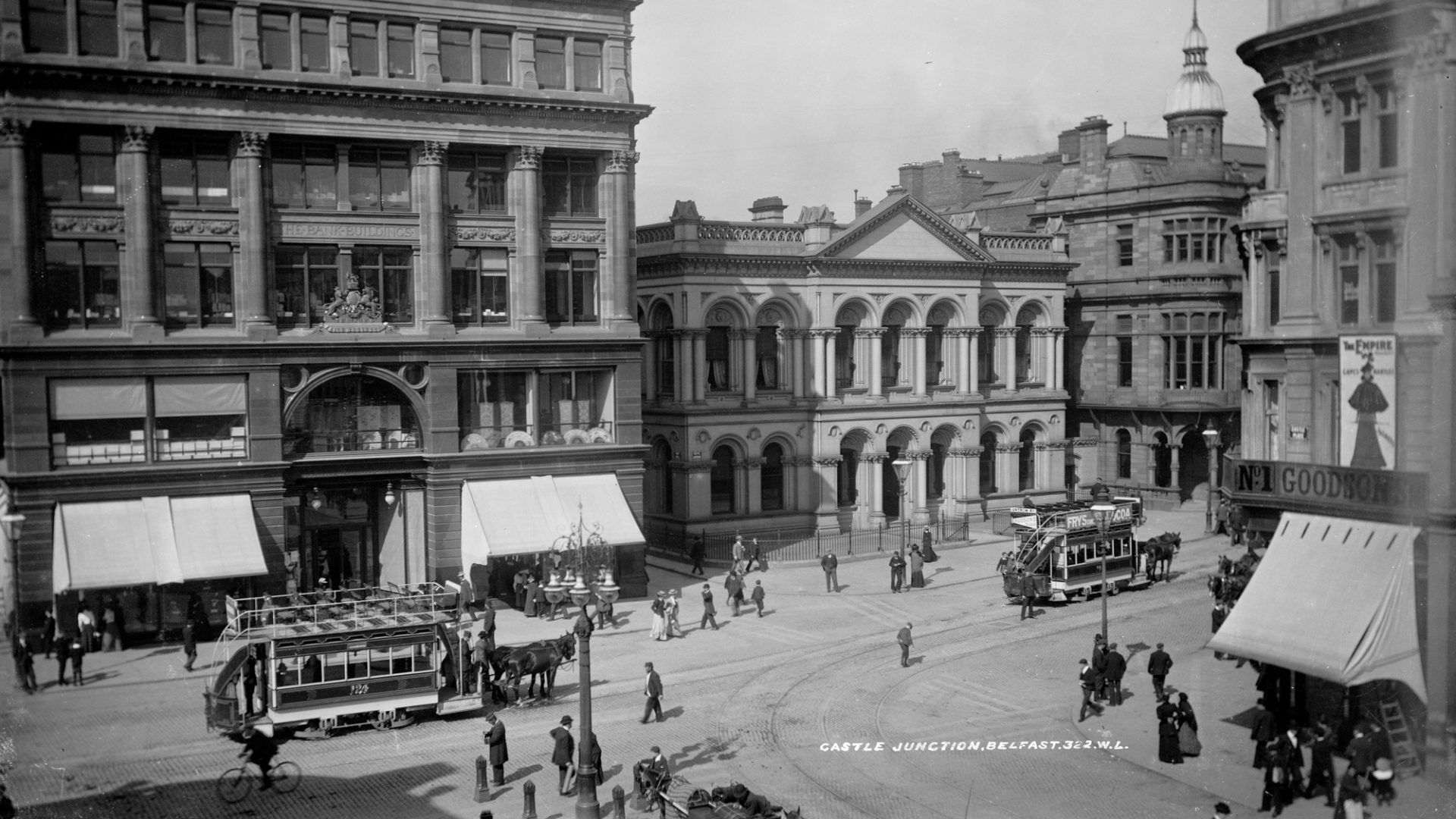 Belfast and Beyond: 1921-1948
Brian Moore was born in August 1921 into a middle-class Catholic family, the fourth of nine children, at Clifton Street in Belfast. An alumnus of St. Malachy’s College – thinly veiled as Ardath College in Moore’s second novel, The Feast of Lupercal (1957) – his weakness at mathematics thwarted efforts to matriculate at Queen’s University. In September 1940, he joined the Air Raid Precautions as a warden, a role that inspired the third of his “Belfast Trilogy” of novels, The Emperor of Ice-Cream (1965). Moore was peripatetic during the years 1943 to 1948: after securing a job with the British Ministry of War Transport, he was posted to Algiers, Naples, Toulon and Marseilles; after the war, he was sent to Warsaw by his new employer, the United Nations Relief and Rehabilitation Administration. In January 1948, he followed his lover, Margaret Swanson, to her home country: Canada.


Montreal: 1948-1959
The relationship didn’t last but Moore stayed in Canada. He moved to Montreal and secured a position as proofreader, and eventually reporter, at the Montreal Gazette. By the early 1950s, Moore had begun selling fiction to the Montreal-based Weekend magazine. His first story, “Sassenach,” was published in the Canadian periodical Northern Review in 1951. He also supplemented his reporter’s income by publishing pulp novels for Harlequin Books: two of them, Wreath for a Redhead and The Executioners, appeared under his own name in 1951. (He left the Gazette in 1952). He eventually published five more pulp novels under the pseudonyms Bernard Mara and Michael Bryan (1954-57).

Moore married Jacqueline Sirois (née Scully) in February 1951 and the couple had a son, Michael, who was born not long after Moore became a Canadian citizen in November 1953. Around the same time, he was completing his first “literary” novel, Judith Hearne, set primarily in a boarding house on Camden Street in Belfast. After several rejections, he eventually placed it with André Deutsch in London, who brought it out in May 1955. He followed up with another Belfast-set novel, The Feast of Lupercal (1957).


New York * Belfast/London * New York: 1959-1965
In May 1959, Moore took up a Guggenheim Fellowship – which required him to live in the U.S. for a year – and never returned to Canada to live. (During the last years of his life, he and his wife spent summers at their holiday home near Port Medway in Nova Scotia). The Luck of Ginger Coffey, his only novel set entirely in Canada, came out in 1960 and was followed up by his New York-set An Answer from Limbo (1962). Moore’s first four (mainstream) novels were banned in Ireland.


California: 1965-1991
In the autumn of 1964, Moore left Jackie for Jean Russell (née Denney), whom he married in 1967. In March 1965, the couple relocated to Hollywood, where Moore was contracted to work on a film outline, which became Torn Curtain (1966), with Alfred Hitchcock. The Emperor of Ice-Cream came out later that year.

The couple lived in California for the rest of Moore’s life: from 1966, this was in a house in Malibu, still occupied by Jean after Moore’s death, that burned down during the Woolsey fire in late 2018. During that time, Moore published fourteen† more novels, including The Great Victorian Collection (1975), which won the James Tait Black Memorial Prize, and the Booker-shortlisted The Doctor’s Wife (1976), The Colour of Blood (1987) and Lies of Silence (1990). He taught creative writing at UCLA from 1973 to 1990. Moore died in 1999.‡

† Some commentators count The Revolution Script (1971) as a novel (making Moore’s total novelistic output 20 rather than 19).

‡ The chronological details of Moore’s life are sketched here with the help of Patricia Craig’s Brian Moore: A Biography (London: Bloomsbury, 2002).